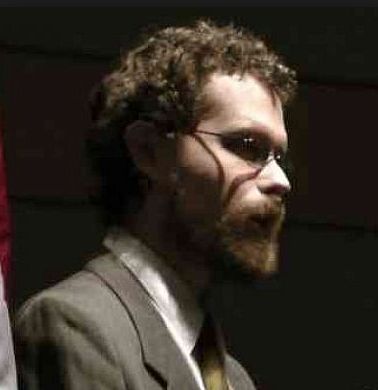 Alemati, an Albanian Muslim, had traveled from New York to Montana. “When the time will come for us to hunt them down, I will stand over them while I piece their bodies with hollow tips,” the Islamic terrorist had boasted in February. “Inshallah, we take as many kuffars (non-Muslims) with us.”

He had told a government informant back in January that his potential targets included military and government targets, as well as a “Jewish temple”.

Alameti’s terror plot back in January was the second such Islamic terror plot that month.

On December 14, 2018, Hasher Jallal Taheb was discussing some of the targets he had scouted in Washington D.C. They included the White House, the Lincoln Memorial, and a specific synagogue.

In the middle of January, Taheb was arrested over in Georgia.

Taheb and Alemati had a number of similarities. Both men were twenty-one years old. Their terror plots were violent but scattershot. The range began with government building and ended with a synagogue.

Theirs were the second and third Islamic terror plots targeting Jewish synagogues in three months.

The trend began with Damon Joseph, a Muslim convert, who was arrested in December for a number of plots including one targeting a synagogue. Joseph’s inspiration was the Tree of Life Shooting.

“I admire what the guy did with the shooting, actually,” Joseph said, according to the FBI. “I can see myself carrying out this type of operations inshallah.”

“We would pick a synagogue or place Jews gather, scope it out, find all exits and entrances,” the Ohio terrorist said of his plans.

He was also twenty-one years old.

All three Muslim terrorists were ISIS supporters. They were the same age and scattered around the country, from Montana to Georgia to Ohio. They origins lay in different cultures and parts of the world.

And yet their terror plots all targeted Jews.

What was it that created this cluster of three Islamic terror plots against synagogues?

No specifics are given in the complaints. Even the names of the synagogues remain anonymous. The phenomenon was not noted by any media outlet. The same outlets that eagerly publish statistical compilations of attacks on Muslims, real or imaginary, once again turned a blind eye to this cluster.

Around the same time that these synagogue plots were being hatched, the ADL released a report that ignored Muslim violence against Jews. “Right-Wing Extremist Violence is Our Biggest Threat. The Numbers Don’t Lie,” ADL boss Jonathan Greenbatt had declared.

Last year, there was a similar cluster, not of attack plots, but of incitement to violence.

In December 2017, an Imam in New Jersey had been caught preaching of the Jews, “Count them one by one, and kill them down to the very last one. Do not leave a single one on the face of the Earth.”

In February 2018, an Imam in Texas had urged fighting the Jews and a Syrian refugee Imam in North Carolina had recited a hadith calling for the extermination of the Jews, “We will fight those Jews until the rocks and the trees will speak: ‘Oh Muslim, this is a Jew behind me.’”

The geographic diversity of these calls to violence in mosques from New Jersey to North Carolina to Texas, echoed the diversity of the latest Islamic terror plots in Montana, Georgia and Ohio. There is no particular reason to think that the three terrorists were influenced by imams from other states. What these numbers reveal is the incredible scope and range of Islamic anti-Semitism and violence in America.

In recent weeks, the conversation around Islamic anti-Semitism has involved Rep. Ilhan Omar. Like the various imams and terrorists, the newly elected politician reveals the diversity of Islamic anti-Semitism. What unites Muslim anti-Semites in America isn’t geography or culture. It isn’t a local Jewish population. Instead, as we saw in last year’s rash of mosque anti-Semitism, it’s the religious teachings of Islam.

Only last fall, a Philly mosque had uploaded videos of an imam spewing anti-Semitism and reciting a hadith depicting the murder of Jews.

It would be implausible to contend that rhetoric like this doesn’t influence anyone.

Apologists like to claim that there is a sharp dividing line between ISIS and Islam. The synagogue plot cluster and the mosque anti-Semitism cluster show that when it comes to the Jews, not to mention slavery and genocide, ISIS just turns Islamic theory into practice. That, after all, is what Islamism is.

To the three Muslim synagogue terror plotters, anti-Semitism was a fundamental component of their religious and political values. Killing Jews was as natural to them as attacking government buildings.

Last year, in the UK, Husnain Rashid was sent to prison for threats against everyone from Prince George to soccer stadiums, supermarkets, the British Army and Jewish institutions. The details fluctuate, but the Jews remain a consistent target of Islamic terrorism in Europe, America and the Middle East.

Even as the media emphasizes Islamophobia, Islamic anti-Semitism continues to be a rising problem. And the media suppresses coverage of the problem by not reporting on it and by changing the subject.

Jewish organizations have failed to address Islamic anti-Semitism. And that betrayal has left American Jews defenseless, not only against the anti-Semitic rhetoric of Rep. Omar or of Islamic religious leaders in mosques across the country, but before a new wave of Islamic terrorist plots across America.

Few American Jews have any idea or have ever been told that they might have been killed this year.

The names of the synagogues targeted by the Islamic terrorists have been kept secret. This conspiracy of secrecy may prevent copycat plots by other Islamic terrorists, but it shelters congregants at synagogues and temples across the country from the knowledge of how close they came. Information like that might have caused them to rethink their politics, their support for Islamic migration, and their collaboration with Islamist groups that undermine law enforcement’s role in breaking up similar Islamic terror plots.

The names of the target synagogues have conveniently remained buried and their congregants have been kept in the dark. Men and women who might have died this year will go on supporting the policies of their killers. And the fact that three Islamic terror plots targeting synagogues emerged in the space of a few months will never reach their ears, their eyes, their minds, or their hearts.

The climactic period of Islam requires that Muslims exterminate the Jews. And that even the rocks and the trees join in this genocide. Muslim clerics often refer to this hadith. And in Montana, Georgia and Ohio, a new generation of Muslim terrorists isn’t waiting for the rocks and trees to speak to them.

They are readying to kill the Jews now.