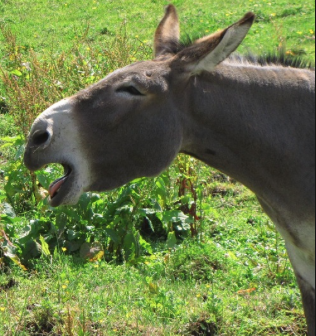 Tom Petty wrote in the song, “The Last DJ,” the following line that reads in part: “As we celebrate mediocrity…”

Petty was writing about the death of real American radio. However, the celebration of mediocrity is inherent in the gaping holes in our current popular and political culture.

Never have so many been lauded for accomplishing so little. Never before have the most selfish felt themselves to be the most entitled, whether it be for money, fame or power. They straddle their own egos in the path of making love to the individual that they feel to be the most deserving, themselves.

While we can apply this discussion to our popular culture it is far more interesting to apply our conversation to some of the Freshman Class of the Congress of 2019. The cast of characters in Congress today remind me of something out of the Federico Fellini film, “Amarcord.” In the film Amarcord, the characters seemed to be trapped in a perpetual state of adolescence.

To the casual observer, it would seem that some of the 2019 Freshman Class of Congress is inflicted with a case of callow youthfulness or perhaps the “Amarcord syndrome.” Turning my analytical eye on some of the new faces in the Congress, I see a broader danger in some of the personalities of our privileged progressives.

I see agendas being executed without any real skill set or experience. I see many of the new faces of Congress behaving and speaking irresponsibly without any consideration of the possible consequences, much less basic manners or decorum.

Face it, many new members of Congress are an embarrassment to any of the real principles of the United States Constitution. The behavior of some of the more bratty faces of the 116th Congress is not merely anarchy for the hell of it, it is applied and calculated insurrection. It is a movement by the Democrat Party towards some strange mutation of Socialism and Sharia law. Time to get serious folks. Any thinking American should take pause and pay attention.

Let us examine one of the most ridiculous in our crop of new Congressional representatives, namely Alexandria Ocasio-Cortez aka AOC. She is a member of the Democrat Party and was elected to be the U.S. Representative for New York’s 14th Congressional District. This district includes the Eastern part of the Bronx and portions of North Central Queens in New York City. At 29, she is youngest elected member of Congress in history.

Now, the mainstream press would have you believe that Representative Ocasio-Cortez is a political force of nature and the new “star” of the Democrat Party. In reality, her responses vacillate between the scripted and the insipid. Her behavior is closer to what she is, a former bartender who allegedly stole the tips she should have shared with her co-workers. She obviously has a difficult time sharing the spotlight. Somebody mistakenly sold her a bill of goods early, they forgot to say no occasionally. You often see this behavior from spoiled brats screaming in a fit of rage until they get the toy or candy they want. Remember she’s the boss and she has a list. (Try not to split your side laughing at that notion.)

Her “Green New Deal” is ridiculous and costly and bears uncanny resemblance to the old United Nations Agenda 21 disaster. Her unwarranted interference in the New York Amazon deal cost the state potentially millions in tax revenue and individual income.

There are allegations that AOC may have committed campaign finance fraud. If these allegations prove to be true I would hope the investigation would be as complete as it would be for any conservative Representative.

Participating in what appears to be the beginning of a Caliphate in Congress are Representatives Rashida Tlaib (13th District, Michigan-D) and Ilhan Omar (5th District, Minnesota-D). Recently, Representative Tlaib claimed that there were elements of Islamophobia “very present” on both sides of the aisle.

Really, Representative Tlaib? Let me get this straight: You ran and won unopposed in your district. On January 3, 2019, you were sworn in with your hand on an English-translation copy of the Quran. You wore a traditional Palestinian Robe (thobe) to the swearing in ceremony, you got away with publicly calling a sitting United States President a m***** f****r (without any censure) and you participated in racial stereotypes during the testimony of Mark Meadows, again without any real censure.

Life sure is hard in Congress, eh? What prejudice has Rep. Tlaib faced on her unfettered climb?

With Representative Tlaib, many Americans have significant reason to fear the public and private face of Islam. From 9-11 to Benghazi, and beyond, I have done my homework and have no illusions about the infiltration of an enemy or the massacre of the innocent. We must not allow political correctness to destroy America from within.

Representative Ilhan Omar is on the House Foreign Affairs Committee and is a member of the Congressional Progressive Caucus. Her statements about the Israeli–Palestinian conflict and Israel’s settlement policy should have had her removed from her position on the Foreign Affairs Committee. There currently appears to be a movement to do so. Omar and Tlaib both fund raised for a designated terrorist group that supports Hamas. Tell me that’s not worth investigating.

Where is Nancy Pelosi when her new “progeny” ride roughshod over the constitution and decorum? Strangely silent. This is like something from a 1940’s MGM casting, a film in progress. It could be titled, “How to Destroy America From Within.” Somebody fire the Casting Director in this farce, please.

To use some slightly crude street parlance, it comes down to this:

The Democrat Party is lawless and the Republican Party is ball-less.

Had enough America? I have.