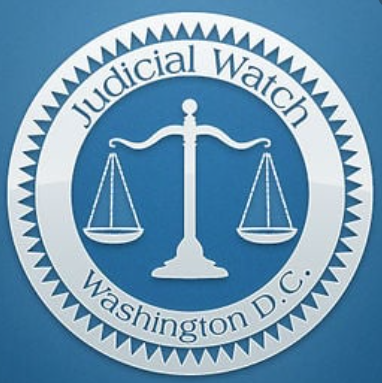 (Washington, DC) — Judicial Watch announced it filed a Freedom of Information Act (FOIA) lawsuit against the Department of Justice for records about the agency’s involvement in persuading President Trump to defer his September 2018 decision to declassify DOJ documents related to the Russia investigation.

Judicial Watch’s lawsuit is also seeking DOJ official Bruce Ohr’s records of communications around the time of Trump’s declassification announcement. Ohr, once the fourth-ranking official at DOJ, was a key conduit between anti-Trump dossier author Christopher Steele and the FBI.

Judicial Watch filed the lawsuit in the U.S. District Court for the District of Columbia after the DOJ failed to respond to a September 18, 2018, FOIA request (Judicial Watch v U.S. Department of Justice (No. 1:19-cv-00507)). Judicial Watch seeks:

Any and all records regarding, concerning, or related to the proposed declassification of certain Department of Justice records as ordered by President Trump on September 17, 2018. The request includes, but is not limited to, any and all related records of communication sent by or addressed to any official, employee, or representative of the Department of Justice.

Any and all emails or other records of communication sent by or addressed to DOJ official Bruce Ohr between September 16, 2018 and September 18, 2018.

On September 17, 2018, President Trump ordered the Office of the Director of National Intelligence (ODNI) and the Justice Department to declassify certain documents related to the investigation of possible meddling by Russia in the 2016 election. The documents included FBI reports on interviews with Ohr; pages of an application for a renewed surveillance warrant against Carter Page; and all FBI reports of interviews prepared in connection with all other applications to surveil Carter Page. Also included are text messages of Ohr, former FBI agent Peter Strzok, former FBI lawyer Lisa Page, former FBI Director James Comey and former FBI Deputy Director Andrew McCabe.

White House spokeswoman Sarah Sanders said that Trump ordered the documents released “at the request of a number of committees of Congress, and for reasons of transparency.”

On September 21, 2018, President Trump tweeted: “I met with the DOJ concerning the declassification of various UNREDACTED documents. They agreed to release them but stated that so doing may have a perceived negative impact on the Russia probe. Also, key Allies’ called to ask not to release.”

In a follow-on tweet, President Trump said: “Therefore, the Inspector General … has been asked to review these documents on an expedited basis. I believe he will move quickly on this (and hopefully other things which he is looking at). In the end I can always declassify if it proves necessary. Speed is very important to me – and everyone!”

The documents have not yet been declassified.

The UK’s Telegraph reported that the British spy agency MI6 had urged Trump not to declassify the documents.

“We have little doubt the Deep State DOJ is improperly trying to cover-up FISA abuse and other Russia hoax documents that President Trump initially ordered declassified. President Trump should immediately declassify these documents in order to expose any other abuses by the DOJ and FBI. Regardless, Judicial Watch will continue to press for the truth through the courts in the ongoing Deep State scandal,” Judicial Watch President Tom Fitton said.

Judicial Watch recently released  339 pages of heavily redacted records from the DOJ, which reveal that former Associate Deputy Attorney General Bruce Ohr remained in regular contact with former British spy and Fusion GPS contractor Christopher Steele after Steele was terminated by the FBI in November 2016 for revealing to the media his position as an FBI confidential informant.

Judicial Watch earlier released 412 pages of documents about FISA (Foreign Intelligence Surveillance Act) warrants targeting Carter Page, who had been a Trump campaign adviser, which seem to confirm the FBI and DOJ misled the courts in withholding the material information that Hillary Clinton’s campaign and the DNC were behind the “intelligence” used to persuade the courts to approve the FISA warrants that targeted the Trump team.

Judicial Watch also uncovered that the DOJ admitted in a court filing that the Foreign Intelligence Surveillance Court held no hearings on the FISA spy warrant applications targeting Carter Page.