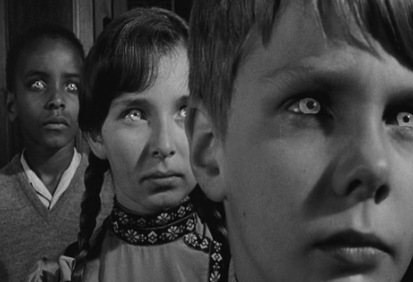 It goes without saying that we live in a highly divisive climate (no pun intended). It’s becoming more and more difficult to distinguish what is the right way to view and issue and the wrong way to view an issue. Just about every headline contains confrontational language. On any typical day I see multiple headlines where one person ‘blasts’ or ‘accuses’ someone of something nefarious. I also see an equal number of headlines where someone ‘defends’ their actions or ‘denies’ wrongdoing. Then there are the ‘fact checking’ pieces that selectively pick data which supports the position of the writer.

The media and liberal politicians seem to think the solutions to all problems, both real and imagined can be solved with radical leftist ideology. To many, socialism and large government are the answer. Extreme left-wing politicians and legislation have an alarming and increasing number of supporters. Proponents of this ideology push agendas that are unrealistic, counterproductive, and in some cases contradictory.

Take immigration for example. There are some who would be perfectly fine if the United States had an open border policy where anyone can enter and leave the country as they please. These are the same people who also warn of impending doom from climate change. How do these individuals reconcile these two positions? Contrary to what the media would have us believe, there are plenty of dangerous people seeking entry into this country.

Apparently there is a large segment of the American populace that subscribes to the belief that it’s always ok to take candy from strangers because everyone is good and to assume otherwise is wrong because it means you harbor prejudice and/or are insensitive. They also believe we only have until 2030 to fix climate change. Taken together these views make no sense. If I leave my house unlocked in a high crime neighborhood, I will probably meet my demise at the hands of criminal elements long before the sun bakes me to a crisp.

Last week I wrote an article actually crediting Sen. Dianne Feinstein (D-Ca) for bluntly explaining reality to a delegation from the Sunrise Movement. The Sunrise Movement is a group dedicated to teaching children about the dangers of climate change and the importance of taking action to stop it. The views and beliefs are of children shaped by their parents and other influential adults in their lives. In most cases, a child can only participate in an organization with parental consent. I’m only responsible for raising my own children. The way other parents raise their children is their own business. If you believe in climate change then you would have no problem with your child participating in the Sunrise Movement. It’s a parental judgment call. Fair enough.

Therefore, I take great offense at someone trying to push political and ideological views that I don’t agree with upon my children. My wife and I have every right to decide what activities in which our children will or won’t participate. Children are the most precious and valuable group in any civilized society and as such their needs carry a great deal of importance. Children can evoke the strongest emotions in us. Thus, they should never be used as pawns to express an ideology, especiallly when it’s contrary to their parents’ beliefs. I have no problem if a parent grants their child permission to participate in activities which put forth the global warming notion. I have serious problems if someone tries to recruit my children for such an activity without my knowledge or against my wishes.

Everything has become so politicized that even a simple Elementary School event isn’t immune. I found this out last week. My daughter’s class is scheduled to sing in a few weeks in an evening performance for the parents. I was looking forward to it and asked my daughter what it was about. Her response was ‘I hate it and I don’t want to do it!’ Alarmed, I asked why? She said ‘it’s stupid…it’s about global warming and pollution!’ She said they were told to come on the stage and act in dramatic fashion and pretend to cough and act sick. She then quoted some of the lyrics to the song they are to sing: ‘Woe is me, woe is me, confusion and pollution is all I see, the remnants of the stuff we all use is piling up to when we all lose..there is no doubt we will pay our dues, woe is me.’

Needless to say I wasn’t pleased to learn the school was attempting to indoctrinate my daughter into and use her to help support an ideology I do not endorse. There are a lot of things children don’t want to do or attempt to avoid. My daughter is no exception and asked ‘do I have to do this?’ My answer: ‘Absolutely not! This is one time you don’t have to participate.”

I was highly upset. I don’t want my daughter taught that global warming is an unquestioned fact that can be attributed solely to the actions of humankind. The data isn’t definitive and the conclusions are political. This issue has serious social and economic ramifications. Even Al Gore doesn’t believe it. If he did he wouldn’t have bought waterfront property in California or have a mansion in Tennessee that uses 20 times more electricity than normal.

One thing I try to do is teach my children the things that are most important. The first is the Christian Faith. If they learn nothing else from me, I can live with it as long as they practice and live by the Faith for the duration of their lives. Everything else is a distant second. In general I try to teach morals, manners, and how to interact with others. I also teach the value of education and a strong work ethic. I also want my children to think for for themselves and reach their own conclusions. I was pleased that my daughter was able to identify nonsense as nonsense but I didn’t want it to be based strictly on something she may have heard me say.

So I asked, “Why did you think this is foolish?” Her answer was simple: “The air outside doesn’t make me cough. Mom has asthma and I’ve never seen her cough due to the climate. Also, I’m not upset about the air, I don’t want to pretend I’m unhappy!” I thought ‘good…she thought it out for herself.’ I later tried to explain to her my views on the issue.

First, we live in the world’s most powerful and wealthiest nation. Why would we teach our children to be upset about prevailing conditions? It’s ludicrous given that there are children starving and dying of disease in other countries…not to mention other atrocities. Second, while there is no question confusion reigns supreme in modern America, at least the air is breathable. I told her I have been hearing predictions of doom for over 30 years but none of it has come to pass.

Finally, many people associated with climate change have a socialist agenda. They believe that government can fix what capitalism can’t. Industrialization is part of what made this country wealthy. In this country, the idea used to be that anyone willing to work hard enough could achieve whatever they could imagine. Unfortunately, there are people who now believe it would be better if everyone made the same income and the government controlled everything. Where is the incentive to excel under such conditions? And I would have kept on talking except for the fact my daughter is a child and I was trying to explain complex things. I realized I was beginning to bore her but I hope I at least planted the proper seeds.

The problem with the global warming alarmists is that they use inductive reasoning. Your local weather forecast is based on deductive reasoning. Weather people have identified variables that can impact the weather. Over the passage of time, and through many observations, weather models have been refined and improved through the analysis of data. What is the relationship between the variables and the results? If you give a weather person a set of variables, they can use that data to make a forecast.

You don’t tell your local weather forecaster what the weather is going to be tomorrow and ask them what might cause the weather to act that way. That would be working backwards. That would be asking them to use inductive reasoning, which is what climate alarmists do. They look at the climate and then try to figure out what caused or is causing it to be that way. This means they can only make generalizations. They don’t start with a set of data/variables and trace it to results. They take the results and try to identify the variables. This means they can and do blame global warming on just about anything.

Daniel Greenfield: If There's a Hair in Your Soup, Thank New York's Commission on Human Rights