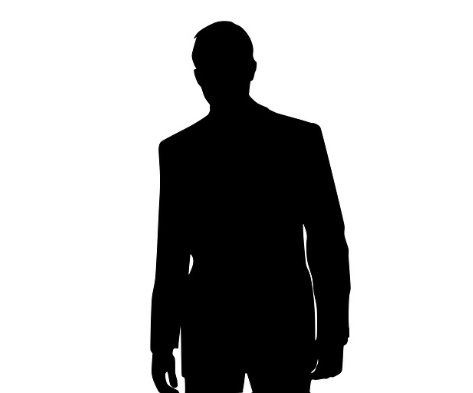 Votive candles of Robert Mueller III will set you back between 10 and 22 bucks. These candles feature everything from the standard black-suited G-man picture to one of a droopy Mueller in saintly robes pointing at his own glowing heart. By tomorrow or next week at the latest, you will be able to snag what Portland Monthly dubbed last year, the “hottest gift” of the holiday season in the bin at the Dollar store.

The candles, the buttons, the t-shirts, the mugs and the other Mueller tchotchkes which briefly made their peddlers wealthy, are all headed for that bin after he broke the hearts of his biggest fans.

Just in January, Vanity Fair published an even trashier ode to Mueller, declaring, “Mueller Won the Hearts of America”. By America, the lefty mags, like all lefty culture manufacturers, meant themselves.

A lesbian folk band wrote a love song to Mueller, crooning, “I see you on TV / I see you in my dreams”.

Spike Lee wore a t-shirt that screamed, “GOD PROTECT ROBERT MUELLER”. Chelsea Handler tweeted, “I’m starting to have a real crush on Mueller.” Stephen Colbert compared him to Batman. A California artist claimed that looking at a picture of Mueller reassured him that everything would be okay.

“Since he’s in charge, the world can be normal again,” he rhapsodized.

Tonight, the votive candles have gone out. Batman has fallen. And the lefties who went to bed believing in Mueller have lost their faith.

“Disappointed Fans of Mueller Rethink the Pedestal They Built for Him,” the New York Times gravely intones. In its piece, the paper quotes the host of a podcast, “Mueller, She Wrote”, whose fans call themselves Muellerites, saying, “I’ve had to talk a couple people off the ledge.”

A law school prof who had posted a picture of herself lighting a Mueller candle comments, “There are definitely people who thought that Mueller would save us.”

But was it really these fans who had built Mueller’s pedestal of lies or was it the New York Times?

That paper, along with the Washington Post, MSNBC and a thousand less famous internet grifters had built Mueller’s fan base out of a crumbling pedestal of conspiracy theories and wishful thinking. Like the fans of another FBI based show, the lefties had wanted to believe. But the media made them believe.

The candles, the songs and the shirts were just the totems of a political mythology based on lies.

The Mueller investigation was never about Mueller. The Washington D.C. insider was just a useful front man for a team of Obama and Clinton supporters, most notably disgraced figure Andrew Weissmann, whose ugly tactics were all over the circus. Mueller was a partner in Wilmer Cutler Pickering Hale and Dorr: one of the most liberal law firms in an academic analysis of law firms by political lean.

He was ‘their’ guy. And more usefully, he had respectable law enforcement and Republican cred.

“He’s conscious that he’s a public figure, and he doesn’t want anything to compromise his integrity. Even a blue shirt,” a Mueller ally told the paper.

Would a blue shirt have really compromised Mueller’s integrity? Costumes don’t make men ethical. But they can serve as useful disguises for unethical men. The “G-man uniform” and the regular haircut that progs, who normally chant, “Black Lives Matter” at law enforcement, gushed over, were costumes.

Robert Mueller III was also the costume that a bunch of Obama and Clinton allies wore. Mueller wore white shirts and dark suits. And the men and women behind Mueller wore him like a cheap suit.

Mueller’s fans, lighting votive candles with his face on it, needed someone to believe in. The political operatives who created a campaign to undermine confidence in the 2016 election, needed that too. They wanted someone to give their partisan campaign the professional look of a 74-year-old model willing to put his name on the investigation and be photographed wearing his costume to work.

Media profiles noted how little Mueller said. They invariably attributed this to professionalism. But a man who finds the time to portray his shirt choices as an ethical decision isn’t the strong silent type.

Occam’s Razor offers us a simpler answer. Mueller didn’t say anything because he had naught to say.

Mueller’s job was to be strong, silent type. The media could and did read anything into his silence. And millions of lefties heard in that deafening silence, potency, professionalism and confidence.

The half-ironic, half-sincere worship of Mueller was the political mythology of a pagan time in which there are no gods, only politicians who embody the failing sense of good and evil of the age.

“Mass movements can rise and spread without belief in a god, but never without a belief in a devil,” Eric Hoffer once wrote. Trump is the progressive devil. Obama was its old god. And none of the candidates stumbling through the 2020 primaries had the memetic mythical power to topple their orange devil.

And so they believed in Mueller. They wore, “It’s Mueller Time” t-shirts and “In Mueller We Trust” caps. They reimagined MAGA as a statement not about American greatness, but about Mueller’s ruthlessness. “Mueller Ain’t Goin’ Anywhere”. Until he did. Mueller’s time is over and Mueller’s trust is broken.

As long as Mueller was silent and the report unknown, anything was possible. Mueller’s steadiness appeared to be a compelling antidote to the erratic tics and shiftiness of deep swampers like Clapper, Strzok and McCabe who projected not steady, strength, but personal weakness and failed ambition.

But there had to be a report. The investigation had to end. And the dream had to die.

The media made Mueller into a WMD of potential energy. But his kinetic energy discharged into a dud. Mueller’s team could hound assorted Trump associates, starting with the easiest catches, force them to plead guilty to process crimes and assorted unrelated violations, but they couldn’t take it any further. State’s witnesses might be enough for the Feds to bring down a lot of people, but not the POTUS. The media cheered as Mueller’s people collected a handful of scalps, and the votive candles were lit by progressive conspirazoids who thought that the public show meant that Trump’s head would be next.

But nailing people for unrelated charges is the first step of a conspiracy case. Without actual evidence of a conspiracy, beyond the testimony of the rats in the cage, it remains just another conspiracy theory.

Mueller did his job. Not on behalf of the American people. But on behalf of the Democrats who wanted him to harass, tie up and undermine the President of the United States. He took it as far as it could go. And provided material to local Democrats in New York and elsewhere looking to harass Trump more. But there was never going to be any hard evidence proving the bizarre Russian conspiracy theory invented by the Clinton campaign and circulated like poison gas in a sealed room by the media.

Collusion was never going to happen.

Millions of lefties were told to believe in a lie. It was a very profitable lie. Not just for the grifters selling Mueller knickknacks. The real money was in the media which made a fortune off the lefties eagerly subscribing to the New York Times, the Washington Post and watching MSNBC for the Mueller scoops.

Now the final Mueller story is in.

The conspiracy theories are however too profitable to die. They will be spun and respun. The theorists will push for the release of the report. They will claim that all the real dirt was censored out of the report. And then they will finally turn on Mueller, draw connections between George W. Bush, Putin, a UFO in orbit around Des Moines, Iowa, and Trump, and claim that Bob III was in on it all along.

That is what conspiracy theorists do.

They already know what the truth is. They merely needed Mueller to prove what they know. Or, as a recent New York Times op-ed put it, “We Don’t Need to Read the Mueller Report: Even if it is never released, the public already knows enough.”

Like all holy books, the Mueller report is more than its mere text. It is the faith of its followers. They will go on believing in a true Mueller report while dismissing the real report and the real Mueller.

Mueller’s fans never knew who he was. He was an idea. Now the idea, like all lefty ideas, is dead. Its killer was that old villain named Reality who tears through lefty beliefs about economics and politics.

One messiah has fallen. It’s time to find another one.

Meanwhile, somewhere red hats are beaming and somewhere the sun shines bright. But there is no joy in Swampville, Mighty Mueller has struck out.