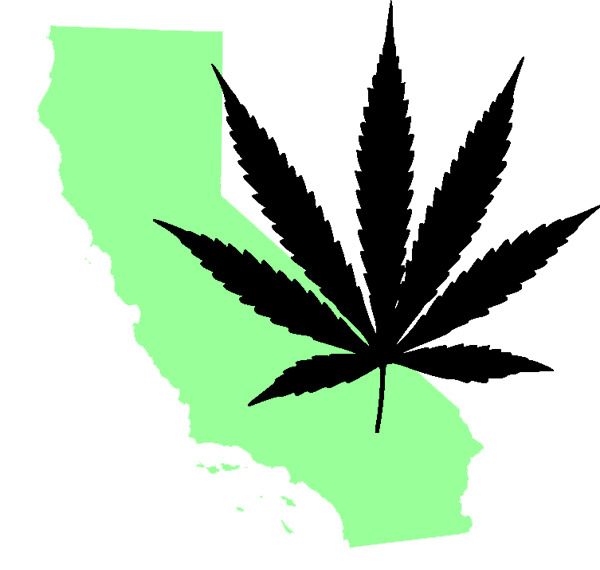 In California, history, like everything else, repeats itself as farce.

The green crosses of marijuana dispensaries in Southern California easily outnumber the white crosses of churches or the red crosses of hospitals. Every other billboard in Los Angeles is either for a marijuana store, a marijuana app or a marijuana cookie. Wealthy shoppers in pricey areas browse through MedMen, a drug dispensary whose bare wood and glass are designed to make buying drugs feel like shopping for the iPhone X at the Apple Store. (The prices for MedMen’s drugs and the iPhone X might be comparable, but the Apple Store doesn’t have four burly security guards or an ATM at the counter.)

Lazy potheads with smartphones don’t have to bother making the trek out to a licensed drug dealer. Eaze is the app that wants to be the Uber and Eat24 of drugs. Its slogan is simple. “Eaze: Marijuana Delivered.” The $52 million company operates in 100 cities giving Californians the ability to get their drugs without even having to get up off the couch for more than a few minutes at a time.

But, Governor Newsom, in his State of the State address, praised illegal aliens, declared that “the border ‘emergency’ is a manufactured crisis and California will not be part of this political theater”, but that the National Guard would “refocus on the real threats facing our state”, like, “illegal cannabis farms”.

Forget the illegal aliens, it was time to go fight illegal pot.

California’s new drug problem is a familiar one to drug cartels across the world. Its own drug cartel, the Bureau of Cannabis Control, isn’t getting a big enough piece of the action. Most of California’s potheads prefer getting their pot the old-fashioned way, without MedMen’s Apple Store ambiance or Eaze’s apps.

80% of California’s pot is ‘illegal’. 4 out of 5 California potheads choose unlicensed drug dealers.

Think of them as discount cannabis shoppers. They’re not in it for the Silicon Valley shtick or the culture. They just want to get high as cheaply as possible. And they don’t want to pay high taxes on their pot.

Governor Newsom’s crackdown on ‘illegal’ pot operations is no different than when El Chapo’s thugs burst in on a drug operation that wasn’t “licensed” by the Bureau of Machetes. Drug legalization has turned California’s law enforcement and its National Guard into the enforcers for El Newsom.

California’s cartel boss is pulling the National Guard off stopping illegal aliens (who can find work in the new legal weed agriculture sector) to cracking down on drug growers who aren’t paying protection money to El Jefe to finance the fantasy of a high-speed rail to dreamland.

Not to mention universal health care for people “unwilling to work” because they won’t leave the couch.

If President Trump invokes U.S. Code Title 10, instead of Title 32, he can take control of National Guard troops directly, instead of relying on the patriotism of Dem governors who see every illegal alien as another vote. And that will prevent Newsom and other Dems from undermining national security.

But that’s what California’s second drug war is all about.

The first drug war was fought because drug use had devastating social effects. It destroyed minds, spread crime and generated misery. The second drug war is being fought by politicians who think that drugs are great, but want to protect the flow of drug money to their narcosocialist regime.

The big pitch for decriminalization was that law enforcement would no longer have to focus on busting dime bag dealers. Prisons would empty now that the hoi polloi would get its drugs from MedMen instead of the dealer on the corner. Gangs would see their revenues disappear. The cartels would break up. Crime would drop. And the Age of Aquarius would finally be upon us.

Governor Newsom has declared a second drug war because the majority of drug sales are still black market. In an age where you can swipe right to get pot, government pot is still too expensive. New York’s OTB gambling monopoly went bankrupt and an apocryphal story has the IRS losing money on a Nevada brothel. California is proving that the government can fail at drugs along with sex and gambling.

Compliance costs at the growing level alone were estimated to add $408 in costs per pound.

The Cannabis Advisory Committee’s 22-member panel (the government can’t even try to cash in on drugs without a committee consisting of, among others, a fisheries attorney, four union reps for drug workers, and an NAACP president) warned that “Lack of enforcement is creating a thriving environment for the unregulated ‘underground market,’”

Let’s send out the National Guard to go after anyone who’s growing drugs without using union labor from any of the four unions represented on California’s 22-member cartel committee.

“We believe that this governor is committed to addressing our concerns, and he has a Legislature that is showing their willingness to author bills that will strengthen the regulated market while minimizing the illicit market,” declared the spokesman for the California Cannabis Industry Association.

We used to fight drugs because they were an evil. Now we’re fighting drugs and putting people in prison to protect the financial interests of the California Cannabis Industry Association.

California’s illegal pot market racked up $3.7 billion. That’s money that the narcosocialist regime in Sacramento isn’t getting its manicured hands on.

Here are some scenes from California’s second drug war.

State and city drug enforcement units are busy cracking down on unlicensed drug dealers who don’t want to pay high taxes in Los Angeles. The National Guard has been dispatched to fight unlicensed growers whose workers aren’t paying union dues. Weedmaps, an online app, was ordered to stop listing unlicensed drug dispensaries by the Bureau of Cannabis Control. Weedmaps replied that it isn’t licensed by the BCC, but that the Communications Decency Act, a Federal law meant to fight pornography, allows it to continue listing whatever drug sites it wants to without asking Sacramento’s cartel for permission.

California would have to ask the Federal government to enforce the state’s drug cartel jurisdiction laws against Weedmaps, all of which are completely illegal under the Federal laws that California is defying. But Weedmaps did the smart thing, it hired a lobbying firm run by Governor Newsom’s policy director. Now the lobbies have to fight the drug union bosses over how to best extract drug protection money.

El Chapo had an easier time getting businesses to pay protection money because he didn’t use as many lawyers. Sadly, Chapo doesn’t have a seat on the 22-member cartel committee even though he’s more qualified than all of its members put together, and could straighten out the business in a month.

Governor Newsom wants the Federal government to pay for his drug dealer protection racket. Even as he was pulling troops from the border, he had the chutzpah to send a letter to Trump’s Deputy Secretary of Defense demanding more funding for the “Counterdrug Task Force”, claiming that helping California crack down on “illicit drugs” would address the “root cause” of illegal immigration.

What was he smoking?

Governor Newsom boasts that the California National Guard has seized 71,488 pounds of marijuana. But why should taxpayers pour tens of millions into having the Guard seize pot when it’s being sold legally in stores and through apps?

Why are Wisconsin or Idaho taxpayers on the hook for enforcing California’s drug cartel revenues?

Drug legalization has created a small upscale market for California’s wealthy drug users while leaving the rest of the pot marketplace in the hands of the same drug dealers who offer a cheaper product without any of the licensing and regulatory hassles of the booming government cartel. A second drug war is being fought between the government drug cartel, Mexican cartels and unlicensed growers and dealers.

History suggests that the dealers and cartels will win because the government has dismantled all the social deterrents to drug use, boosting public demand and delegitimizing the idea of a war on drugs.

Legalization proponents insisted that wars on drugs don’t work. Then why fight one now?

The Godfather considered drugs a “dirty business”. Don Zaluchi countered that the huge profits from drug dealing were irresistible. “I want to keep it respectable,” he insisted in the classic movie. “I don’t want it near schools. I don’t want it sold to children!”

California wants to keep it respectable, but that’s impossible. All that’s left is greed and violence.

The second drug war is being fought between the government cartel and unlicensed dealers for control of the market. And it’s being fought by diverting the National Guard from the border for drug profits.

President Trump should take away the National Guard from Sacramento’s narcosocialists. Our soldiers deserve better than acting as enforcers for a government drug cartel instead of protecting America.

Should Pres. Trump Designate the Muslim Brotherhood a Terror Org?