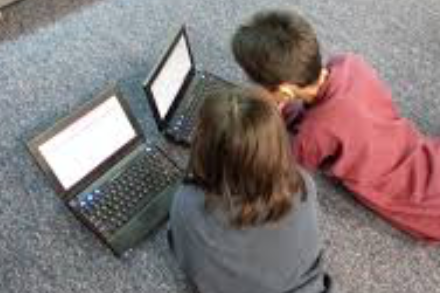 The UK Daily Mail reported on a recently released Ofcom (UK’s version of the FCC) study that said children as young as five are already spending hours per day online.

The study found children under five spend over an hour online per day. That number rises to over four hours per day when gaming and TV time are included. Children 12-15 years old spend nearly three hours per day online plus two additional hours watching TV. The study stopped at age 15, but if you have any older teenagers or college students, you don’t need a study to tell you how much they are on their phones or the computer. You witness it every day and almost every hour.

Other than the obvious problems including health issues like “text neck” and the lack of socializing with friends outside a screen, there is the concerning matter of the messages children are exposed to at this early age.

Any parent with children knows the odds are their kids know more about technology than they do. Even if the child is six, he probably can text faster than mom and probably knows more about how to use apps. This can lead to a child’s exposure to all kinds of distributing, immoral, sexually explicit and only God knows what else type of content.

Most of the time a child doesn’t mean to pull up a video on YouTube that is full of adult language or tap on an ad within an app that leads to a questionable website. However, it does happen and probably occurs more than parents realize.

We live in a media world full of images and videos that children do not need to see. The amount of sexually explicit and adult content that is a tap away on an app is shocking.

While parents should consider limiting their children’s screen time for health and social reasons, they should add protecting their spiritual and moral health to their list as well.

If you think the real world is dangerous to your child’s morality and well-being, spend some time on the World Wide Web and see the messages coming at them from all angles and all devices 24/7 from apps and ads and all content in between. You will be truly shocked and concerned.

Dr. Chad Whittle holds a doctoral degree in mass communication and is the host of “A Whittle Bit of Commentary.” Subscribe today to his podcast on Apple Podcasts, iTunes, Spotify, Stitcher, TuneIn, and Google Play. Read his weekly column at ChadWhittle.com and follow him on Twitter and Facebook.