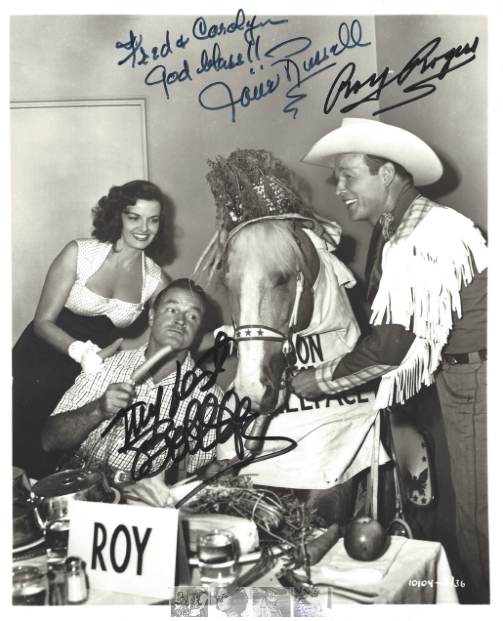 Several years ago I was invited with others to be on a local TV show about hobbies. The sweet interviewer started with me and asked, “And what is it that you do?” Her mouth hit the floor when I replied, “I am a Philographist.” She likely wondered what kind of a sick person she had on her show until I explained that a Philographist is the official title for one who collects autographs.

I have been an autograph collector for 71 years, since I was age twelve. It is something I love because those who generally do this consider it a way of connecting with others and is a hobby that goes back for millenniums. Cicero took pride in being a collector and raved about having the signature of Julius Caesar. For true collectors it is a way of showing an appreciation for the work of a wide variety of professionals in various occupations. A way of thanking people whether they be in government, scientists, the military, authors or the entertainment world. Most of my five thousand plus autographs are from people involved in the film and television industry, however I did not start out that way.

I will always prize my first which is in a special album, Edgar Rice Burroughs. As a fan of Edgar Rice Burroughs’ Tarzan, Mars and Venus books I wanted to contact him in appreciation for his work plus committing a complete no-no that many authors do not care for: This twelve year old had a story idea to suggest to him. Edgar did not dismiss my letter, he wrote a long reply to express his appreciation and how much he liked the idea. From that moment on I was hooked.

I found over the years that the great majority of people written appreciated hearing from me and in some cases friendships were made that lasted for years. Especially those in the entertainment industry. It was easy to locate an address thanks to all the movie and TV magazines out and for a long time zip codes and specifics were not required. I seldom wrote studios as most requests did not go to stars, there were departments dedicated to sending pictures to fans with machine-generated autographs. However, there were stars who insisted in seeing their mail as was true in the case of future president Ronald Reagan. He was so inundated with mail that his first wife Jane Wyman did many of the inscriptions that he signed. I learned this later from his daughter Maureen when she visited the Roanoke Valley of Virginia and she saw some of my collection.

During my early years it was a golden time for collectors. Before I learned it was best to send a self-addressed envelope to a star for a picture I received a number of pictures which the stars provided themselves, enveloped and mailed. It was an innocent time as stars did not have a problem putting their name and return address on the envelope and I have saved those. Jimmy Stewart, Susan Hayward, Jane Russell, Roy Rogers and others had no problem with providing postage. As I grew older I realized this was discourteous, but will always appreciate the kindness of those dear souls. 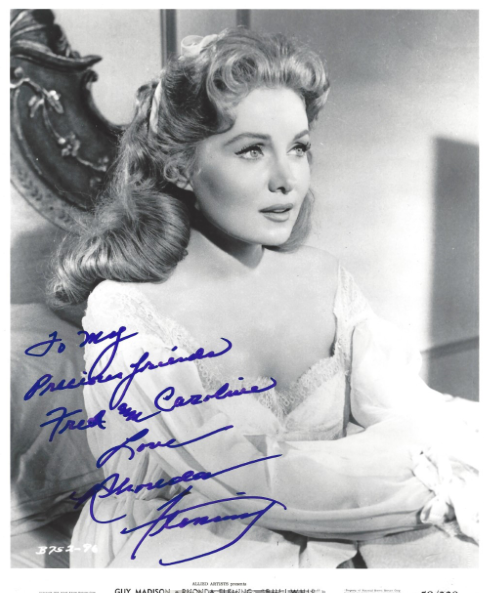 What meant a great deal also was the added stories that came through those contacts. If a picture I sent of John Wayne on the set with not just other stars but also members of the film crew he would name them with his inscription. Rhonda Fleming was interested that as a first year teacher I used one of her films in the classroom and this began a friendship that lasts to this day. She has been involved in a number of projects with me relating to education and she serves with my wife and I as directors for a Christian mediaorganization, Point North Outreach.

James Bond Actress Luciana Paluzzi liked a picture I sent her so much she asked me for duplicates and I wound up helping her for years to locate her old pictures from various films. Mickey Rooney also asked for picture help as a former wife was so upset with him she destroyed all his collected memorabilia.

I also learned patience. I thought I would never hear from Sean Connery as I had written him at his LA address and a year had passed. Then the two pictures sent him with nice notes arrived from Spain. I heard later that it was less expensive for him to answer fan mail from Spain.

One of my favorite situations involved Katherine Hepburn. I sent her a picture which she returned untouched with a hand written letter. “Dear Fred, I am not autographing this picture though I appreciate your thoughts on my films. I have always considered autographing silly so I do not do so and trust you will forgive me. Thank you for your interest. Best always, Katherine Hepburn.” Katherine apparently did autograph her letters. 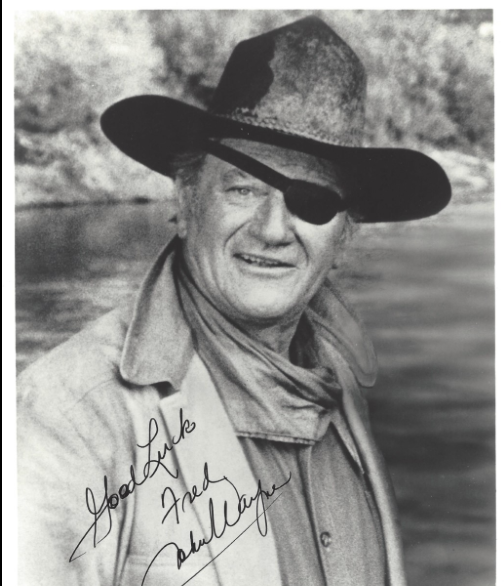 I did not keep my collecting to myself and often my classrooms would have displays of letters and pictures from people in government, astronauts, scientists, authors and entertainment stars. I used this as a method to help keep alive the art of letter writing. This is something that is being lost as so many schools are no longer teaching cursive. The postal service is derided by many young people as “snail mail.” A touch of political action was also encouraged by students writing members of congress with opinions and questions,. Naturally students and all collectors are encouraged to be courteous and to know something about the person they are writing to in advance.

Sadly the autograph collecting world has greatly changed and I can understand the concern stars have today. An autograph market was created with the internet and dealers were writing stars and reselling pictures at a profit. One example happened to a friend of ours, Deanna Lund. Deanna and I had written a book together based on a TV show she starred in, Land of the Giants, titled Valerie in Giant Land. We were at a show with the book and a fellow came to our table wanting to buy two. He only wanted Deanna to sign and add her character name “Valerie Ames Scott.” The books were ten dollars each. Two weeks later we found the two books on eBay with a price tag of one hundred dollars each. 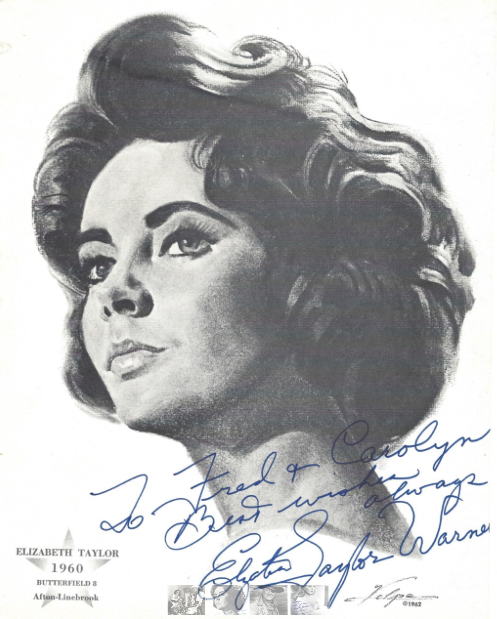 Now much of my collecting is at shows and there are media events from coast to coast featuring film and TV stars willing to autograph and visit with fans. Some are like The Hollywood Show in LA and Chiller in New Jersey which may have a minimum of 50 guests and usually more. The only danger, as some Star Trek stars have told me, is that when you have fifty thousand fans attending they are hurried through the lines in what Angelique Pettyjohn labeled a “cattle call.” She and many other prefer the smaller shows.

I prefer the smaller ones myself and those are the only ones I work with. Some, like in our Happy Trails Virginia Style event, are more like a family reunion with many guests and fans returning every year. You see the blooming of new friendships and learning of new things.

Still, I must admit I rather miss the old collector days when I may take a dozen or more packets with pictures to the mail box and the joy of receiving an autographed picture and note in the mail. Philographist that I am.