Alexandria Ocasio-Cortez’s ‘Green New Deal’ can be traced to several old socialist plans from Canada and the United States, first the country of 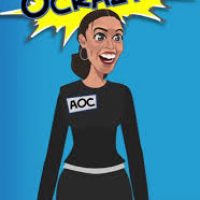 ‘Peoplekind’ and Justin Trudeau.’ Al Gore’s plan, and Franklin D. Roosevelt. The new socialist plan is to destroy roughly 3.4 million jobs related to the fossil fuel industry by eliminating nearly all fossil fuel use by 2030, while also requiring coercive “upgrades” to every home and business building in the country.

This “new deal” approach is also a repeat of the Al Gore plan – and the hypocrisy of his heavily interventionist approach to climate change. The American Clean Energy and Security Act passed the House in 2009 but went on to die an unceremonious death before reaching the Senate floor. Since then, there has been nothing to replace it.

Plenty of Democrat politicians support policies that would reduce climate pollution — renewable energy tax credits, fuel economy standards, and the like — but those policies do not add up to a comprehensive solution, and certainly nothing like what the Intergovernmental Panel on Climate Change (IPCC) suggests is necessary.

Alexandria Ocasio-Cortez’s (AOC) statements are becoming more and more silly. It shows a lack of education and the fact she is a committed socialist who has never learned the truth about socialism.  She also said the world will end in 12 years if we do not combat climate change and this is her generation’s World War II. Saying the world will end because of climate change is not original, remember Al Gore? This young 29 year old is a product of her generation. She gets a lot of media attention, she is no different from what others on the left believe even if they have the maturity not to say it. SHE is unquestionably a progressive with gravitas.

Cortez’s new advisor, a political activist Professor Robert Hockett from Cornell University states that their vision will provide “Economic security for all who are unable or unwilling to work and setting a goal to get to net-zero, rather than zero emissions, in 10 years.” I don’t think,  and they are not sure that they will be able to fully get rid of farting cows and airplanes that fast.

Seriously, this framework is calling for generating 100 percent of the nation’s power from renewable sources, making all buildings energy efficient and eliminating carbon dioxide and other greenhouse gas emissions from the transportation sector and industry — by rebuilding all of America from the ground up within 10 years, and what about our cows, can we recreate cows?

This plan also proposes massive investments in research and development to make the U.S. a leader in clean energy technology, or so they say. That is a lot to do in 10 years.  I am not saying that being a leader in the world in clean energy technology wouldn’t be the bees knees, but in 10 years? In addition, to the Green New Deal envisioned by Ocasio-Cortez aims to implement progressive policies such as a federal jobs guarantee, basic income and universal health care. A grand failure to understand and who is going to pay for it ?

These newcomers to congress are certainly strong activists and they are gaining strength in popularity: they are “upset and motivated.” Therefore, they have proposed plans of their own, outside of mainstream politics much to the chagrin of old establishment Democrats. The Green New Deal (GND) — a term purposefully reminiscent of Franklin Delano Roosevelt’s original New Deal in the 1930s — and it has become the talk of the town. Why?  President Trump’s “Art of the Deal” is working!

It is time to look at what a truly free market approach to climate change would look like. We need serious tax cuts for renewable energy, and quite possibly for geoengineering too. Instead of the endless merry-go-round of pork barrel cronyism, we need to let the market pick winners and losers, rather than the government. America can become THE leader in green energy, but it’s better to do this with our tried and tested FREE market principles, individualism, creativity, non-intervention; rather than uncritically imitating the resurgent China of today.

Daniel Greenfield: "Coalface" and the Left's Betrayal of the Working Class

Abortion: Can We Change Our Minds?