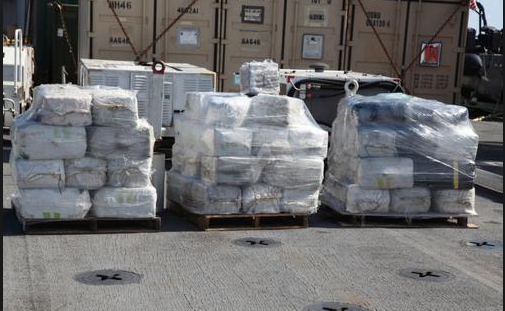 At a college meeting, I listened to a Mexican national vehemently condemn her country’s president for attempting to stop the drug traffic into the United States. Her argument was that El Presidente caused  life in her city to be disrupted by police raids on drug houses. In retribution cartel soldiers killed Mexicans citizens. Her question was: why couldn’t life return to the way it was before the Mexican President started his harsh intrusions? The city populace shouldn’t be inconvenienced by US citizens’ decisions to use drugs.

I said nothing, perhaps I was too stunned; maybe I wanted to be polite to a student; perhaps, I was a coward. A United States proverb is “Silence is consent;” Yet, I was far from consenting to her opinion that drug traffic should be able to flow freely from Mexico into the United States.

This Mexican student gave her opinion about 10 years ago. I no longer live in a border city or near the US-Mexico border. However, I can’t forget what she said. She gave me a perspective that I never considered. I wondered how many individuals in both Mexico and the United States share her views? Do politicians who advocate open borders between United States and Mexico realize that open-borders facilitate the flow of illegal drugs into the United States? Do they care?

The choice to consume drugs is an individual decision. No one makes users consume them. If users stopped using illegal drugs, no illegal drug market would exist. Drug trafficking would dry up or be substantially reduced. Perhaps, the student was correct—why should her city’s way of life be disturbed because Americans want to use drugs? On the other hand, I thought her words were self-serving. She wanted safe streets. So did I.

We are responsible for our own behavior. Self-responsibility includes using or not using illegal drugs. Because life included poverty doesn’t mean we have to take illegal drugs. Some individuals reared in poverty and squalor haven’t succumb to drug use. Instead, they have made major contributions to the well-being of the United States. I think of Dr. Ben Carson’s life.

Despite self-responsibility, if illegal drugs weren’t readily available, ravages of drug use to include deaths, would be lower. Ten years ago El Paso was a crime-filled city. In the State of the Union speech, President Trump lauded El Paso as one of the safest cities in the Country. The difference was construction of a wall between El Paso and Cuidad Juarez which reduced the flow of illegal drugs. In 2019 we have an opportunity to reduce the flow of drug traffic into the United States by building a wall with our southern neighbor. Another U.S. proverb is “tall fences make good neighbors.”

Daniel Greenfield: The ADL Took Money From One of the Biggest Funders of Alt-Left Anti-Semitism