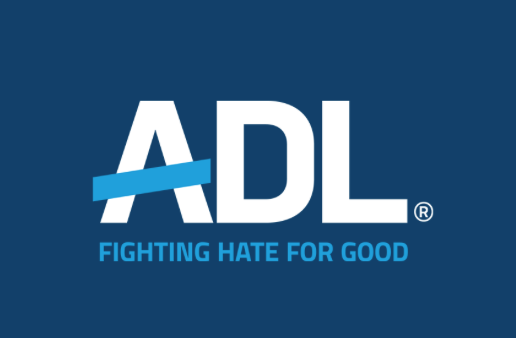 When the Gillette ad condemning “toxic masculinity” aired, the ADL was quick to jump on board. The former Jewish civil rights group, whose priorities had sharply drifted away from Jewish issues, even put out a lesson plan for 8-year-old boys warning about “The trap of masculinity” and “aggressive” behavior.

It was an odd choice for a group whose CEO was under fire for an alleged physical assault on a woman.

In 2016, Ambassadors Against BDS brought together two ambassadors to the United Nations, America’s Nikki Haley and Israel’s Danny Danon, and many major Jewish groups for the first anti-BDS summit at the UN. It was an impressive accomplishment that used an anti-Israel forum for a pro-Israel event.

But behind the scenes a confrontation unfolded that would pit those organizations against each other.

Jonathan Greenblatt, the ADL’s new left-wing CEO, was there and followed the lead of the pro-Israel speakers with a sharp denunciation of BDS. “Let me be clear: at its core BDS is an anti-Semitic movement,” he declared. Like so many speakers who begin their sentences with, “let me be clear”, the former Obama official was actually disguising a hedge. Earlier that month, Greenblatt had written an essay arguing that the “vast majority of BDS supporters” were actually frustrated by the lack of peace.

At its core, he was suggesting, BDS might be anti-Semitic, but most of its supporters were good people.

Greenblatt’s ambiguity, condemning BDS while defending the “vast majority of BDS supporters”, was typical of the organization’s erratic course under his leadership. BDS supporters had appeared at ADL events and the formerly pro-Israel group had endorsed pro-BDS movements such as Black Lives Matter. The ADL had lobbied against anti-BDS legislation and condemned Jewish groups, like the Zionist Organization of America and Canary Mission, that fought unapologetically against BDS supporters.

The ADL’s double game had infuriated many in the Jewish community. And Greenblatt, a former Obama official with no experience running a Jewish organization, was equally angry. His vision of the ADL as an all-purpose social justice organization, that would act as a bridge, harnessing funds from Jewish donors for social justice causes while communicating Jewish concerns to the intersectional left, had failed.

Greenblatt couldn’t lash out at the leftist groups that had snubbed the ADL, so he directed his fury at the pro-Israel groups who saw his pandering to anti-Semites as a betrayal of the Jewish community.

And that fury allegedly reached its climax behind the scenes at the United Nations. What followed was a confrontation that has divided Jewish organizations and a scandal that took two years to reach its climax while exposing malfeasance in the Conference of Presidents of Major American Jewish Organization.

Ambassadors Against BDS had brought out an array of Jewish organizations and activists. The ADL was there, but so were its vocal critics at the Zionist Organization of America. The two groups didn’t just occupy different sides of the alphabet, but different sides of the political spectrum. And in the Trump era, the ZOA was every bit as relevant and pro-Israel, as the ADL had grown irrelevant and anti-Israel.

And Greenblatt allegedly decided to vent his rage on Liz Berney, the ZOA’s Director of Special Projects.

“He came up to my right side, put his arm around my back, grabbed me with his left hand on my left shoulder. He starts pushing me with the force of his arm down the hall. I was trying to get away from him, and he was restraining me,” Liz Berney related. “He’s continuing to hold my shoulder really tight, not letting me out of his grip, and basically dragging me down the hall.”

Women involved in pro-Israel activism have learned to expect not only harsh words, but physical force, from leftist advocates of peace and tolerance. But prior to Greenblatt’s alleged assault on Liz Berney, the most notorious incident had been the assault by UCLA Hillel Director Chaim Seidler-Feller on pro-Israel journalist Rachel Neuwirth and Allyson Rowen Taylor, a former vice president of StandWithUs.

“I saw my rabbi take swings to Neuwirth’s face and kicks to her legs,” one eyewitness described.

“He came after me and lunged at me and started screaming and (a student) literally put his arms around him and pulled him off of me,” Taylor related.

Chaim Seidler-Feller, an anti-Israel activist and a founding member of Americans for Peace Now, had attacked the two pro-Israel women at an event for Alan Dershowitz’s book, “The Case for Israel.”

Seidler-Feller later wrote a letter of apology, claiming to be, “deeply sorry that I hit, kicked and scratched you.” Despite this admission Seidler-Feller remained a respected Hillel figure. And many in the Jewish organizational world sided with him and came to his defense, rather than that of his victim.

Today, Seidler-Feller, remains affiliated with the UCLA Hillel, the Shalom Hartman Institute, the Wexner Heritage Foundation and many other Jewish groups. His name frequently appears on anti-Israel letters.

The same year that Greenblatt allegedly assaulted Liz Berney, the Jewish Journal celebrated Seidler-Feller’s “40 year legacy” at UCLA. There was a lesson here and it was a deeply troubling one.

If Liz Berney and the ZOA were to hold Greenblatt accountable, they would be swimming upstream. The celebration of Seidler-Feller and J Street’s more recent complicity in Ari Shavit’s sexual harassment showed how little accountability there was for leftist Jewish men who assaulted and harassed women.

The ADL’s #MeToo moment had arrived and the organization responded by denying everything.

“When ZOA leveled these charges privately to the ADL two years ago, we — despite their provenance — took them seriously, looked into the matter, and determined that no inappropriate conduct took place,” the ADL’s spokesman contended.

But, according to Morton Klein, the head of the ZOA, no one from the ADL had even spoken to the victim.

“ZOA has a long history of making outrageous claims against Jewish organizations they disagree with, including for many years, the ADL,” the ADL insisted. “That is why the Conference of Presidents of Major American Jewish Organizations is currently conducting a disciplinary hearing about ZOA’s behavior.”

Instead of sanctioning the ADL, the Conference of Presidents chose to go after the ZOA.

When asked for an apology for his alleged assault at a Conference meeting that July, Greenblatt allegedly shouted, “I’m never going to apologize to her.”

Nor did the Conference put any pressure on him to do so. Instead it claimed that it had no jurisdiction over an assault by a leader of one of its members, while instead focusing complaints by leftist Conference members collaborating with anti-Israel hate groups that they had been criticized by the ZOA.

The ADL, and more explicit allies of the anti-Israel left, HIAS and NCJW, often appeared more comfortable in the anti-Israel camp. The National Jewish Coalition of Women was particularly notorious for its backing of the anti-Semitic Women’s March. CEO Nancy Kaufman had earlier made it clear that her group would continue collaborating with anti-Israel activists. And yet the NCJW went unsanctioned.

“The ZOA cannot say that ADL helps anti-Semites join the anti-Israel lobby,” Jonathan Greenblatt had insisted. But, in a double standard, the ADL was allowed to accuse the ZOA of Islamophobia.

Meanwhile Greenblatt allegedly refused to show up and be questioned at the hearings. The ADL complained that the ZOA had violated confidentiality and attacked Liz Berney for going public with her story, claiming that it prevented resolution of the dispute. These tactics are typical of a cover-up.

The Conference of Presidents sided with the ADL and the anti-Israel left, allegedly violating its own due process rules by imposing sanctions on the pro-Israel group without hearing from the ZOA. Even though the ZOA had been attacked by some of these organizations, it was condemned by the Conference for the subjective metric of “the manner and tone of otherwise permissible or legitimate criticisms”.

The “manner and tone” of Greenblatt’s physical assault were left off the table.

The ZOA was accused in the Conference ruling of being “unnecessarily shrill”. It was a troublingly sexist choice of words when sanctioning the female victim of an alleged assault.

But the entire process had been troubling from beginning to end. In the #MeToo era, the Conference silenced a woman who claimed to have been assaulted while empowering an alleged abuser. It ignored the most damning issue at hand and instead engaged in tone policing in defense of the ZOA.

The Conference of Presidents of Major American Jewish Organizations had come face to face with the ADL’s #MeToo moment and had behaved as badly as the establishment had after the Seidler-Feller assault. Instead of using the incident as a teachable moment, it had enabled not only an alleged abuser, but the larger betrayal of the Jewish community by organizations collaborating with the anti-Israel Left.

And the two are inseparably interrelated.

MAGA Hate From the Left