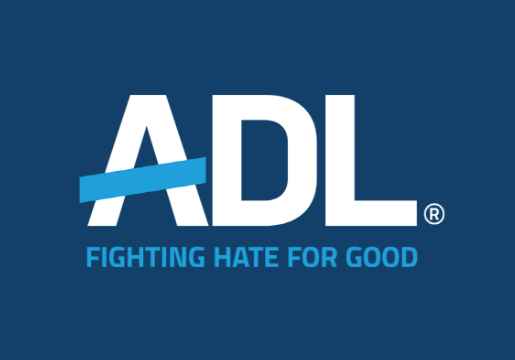 On February 2017, Juan Thompson, a former reporter for the alt-left hate site, The Intercept, phoned in a bomb threat to the ADL. The phone threat targeting the ADL’s headquarters was one of a number of threats that the disgraced activist and journalist had made to a variety of Jewish organizations.

On November 2017, the ADL tweeted its gratitude to the Omidyar Network, the foundation behind The Intercept for donating $250,000 in seed money to set up a Silicon Valley center for fighting online hate.

Another $1.5 million would be provided by Omidyar to fund the Center on Technology and Society.

After being targeted for harassment by one of The Intercept’s failed bigots, the ADL responded by getting into bed with his employer, a leading financier of alt-left anti-Semitism on the internet.

Thompson’s hateful threats against Jewish institutions have been downplayed as the side effects of stalking an ex-girlfriend, but this glib dismissal doesn’t address his choice to terrorize Jewish institutions or how the hateful culture of the alt-left hate site he had worked for had contributed to his bigotry.

The ADL has chosen to ignore the subject and most alt-left anti-Semitism on the internet.

“Fifty years ago, extremists were hiding behind hoods and burning crosses. Today, they’re hiding behind avatars and burning up Twitter. I’m grateful to Omidyar Network for its generous support an thankful that the board members are sharing their expertise to help us put a stop to online hate,” Jonathan Greenblatt, the Obama vet who now heads the ADL, cheered.

Implicit in Greenblatt’s reference to hoods and burning crosses, was that the ADL and its new Center on Technology and Society would be targeting online hate from the alt-right, not the alt-left. Greenblatt’s tweet thanking a funder of alt-left anti-Semitism for its support, mentioned hate, not anti-Semitism.

And there was good reason for that.

Omidyar’s The Intercept is on the front lines of whitewashing and defending alt-left anti-Semitism. When CNN ended its relationship with Marc Lamont Hill, after his defense of Muslim violence against Jews, The Intercept’s Glenn Greenwald defended Hill and claimed that he had been the victim of “right-wing defenders of Israel” who had “somehow construed as… anti-semitic” his defense of killing Jews.

Greenwald obviously doesn’t believe that killing Jewish men, women and children in order to ethnically cleanse them from a region and establish an Islamic state under which non-Muslims would have few legal rights is anti-Semitic as he had previously also defended Hamas and Hezbollah.

“Hezbollah and Hamas,” Greenwald had said, “are devoted to protecting their citizens against the state of Israel. And yet it is criminal in the United States to do anything that is deemed to be support for Hezbollah and Hamas.”

The Intercept has a history of reporting on Israel that is little better than Hamas propaganda.

During a past conflict with Hamas, The Intercept ran a Greenwald rant claiming that, “’militants’ in Gaza are often nothing more than residents who take up arms to defend their homes against an invading and occupying army.” A non-Greenwald Intercept article declared, “Gazans have the right to invade Israel.”

But The Intercept doesn’t just limit itself to supporting the murder of Jews in Israel by anti-Semitic religious and racial supremacists, a foul habit that the left justifies as anti-Zionism, not anti-Semitism.

Much of this hate took place online, and especially on social media, with little response from the ADL.

The ADL’s funding by the Omidyar Network may help explain why it has been so militant in the fight against alt-right anti-Semitism, and yet so completely absent in resisting alt-left anti-Semitism.

The ADL could have argued that it took Omidyar’s money, despite his problematic funding of online hate, and intended to put it to good use. But the Persian Silicon Valley billionaire is far too savvy to just hand out cash. The seven figure grant, after a bomb threat aimed at the ADL by one of his former people, might have been seen as a public relations stunt. But Pierre Omidyar always has an agenda.

Omidyar’s money set up the Center on Technology and Society, using the ADL brand to provide cover for a deeply disturbing program for potentially automating online censorship. And the board of tech experts named by the ADL’s Greenblatt includes at least one figure with anti-Semitic connections.

The Center on Technology and Society is supposed to provide guidelines to online companies for cracking down on hate. And yet the board of tech experts includes Eli Pariser, the board president of MoveOn and a co-founder of Avaaz, radical left-wing groups with their own histories of anti-Semitism. Both organizations are notorious for their Soros backing, their hostility to Israel and friendliness to hate.

Avaaz has promoted BDS and teamed up with JVP, an anti-Israel hate group that hosted a murderous terrorist, an anti-Israel activist who claimed that Jews drank Christian blood and republished a bizarre claim that “the Zionists who created Israel and still run it are descended from the Khazars.”

Meanwhile the pre-Greenblatt ADL had objected to MoveOn’s increasingly anti-Semitic campaign against Senator Lieberman. It even dispatched a letter to Eli Pariser, who now sits on the CTS board, about comments on its forum referring to him as “Jew Lieberman”. That might be dismissed as old news, except that in 2015, MoveOn had campaigned against Senator Schumer on the Iran Deal by accusing him of neo-conservative sympathies and declaring, “Our country doesn’t need another Joe Lieberman in the Senate.”

What did Schumer have in common with Lieberman? They’re both obviously Jewish. The “our country” line had a pro-Iran alt-left group trying to hurl a dual loyalty accusation while wrapped in the flag.

Two years after issuing an anti-Semitic dog whistle aimed at a top Jewish Democrat for being insufficiently pro-Iran, MoveOn got a seat at the table in deciding what is online hate.

The tech advisory board members for ADL’s CTS lean to the left. That’s not surprising. And while there are anti-Israel voices, such as Eli Pariser and Craig Newmark, who has prominently backed the anti-Israel NIF, it’s hard to find any equally strong pro-Israel voices. And that raises serious questions about CTS’ agenda and credibility especially as it seeks to automate online censorship.

At the heart of CTS is an alliance with the UC Berkeley’s D-Lab to automate recognition of hate speech using machine learning. Considering UC Berkeley’s problems with anti-Semitism, it’s an odd choice to have its faculty and students put in charge of determining what hate speech is. Let alone allowing its algorithms to be potentially used to automatically flag and censor speech they disagree with it.

Especially as the censorship of pro-Israel activists on social media continues to be a growing concern. And anti-Semitic tweets, as well as comments on DailyKos and the Huffington Post, along with other alt-left sites, are not receiving the same scrutiny that CTS’ Online Hate Index is aiming to the right.

The Greenblatt ADL has been all too eager to rush into alliances with the anti-Israel network to pay attention to the concerns of Jewish community activists. Even while the ADL has denounced Canary Mission, the Jewish civil rights group which has turned up anti-Semitism on social media, including the recent case of Lara Kollab, an anti-Israel doctor who threatened to poison Jews, through investigative research, it’s quite comfortable with wholesale machine learning censorship overseen by the Left.

As online hate by the alt-left continues to grow, the ADL has not only failed to fight it, it ignored it and minimized it while making common cause with the funders and leaders of the anti-Semitic alt-left.

Daniel Greenfield: The Best Place for a Sexual Harasser is in a 2020 Dem's Office