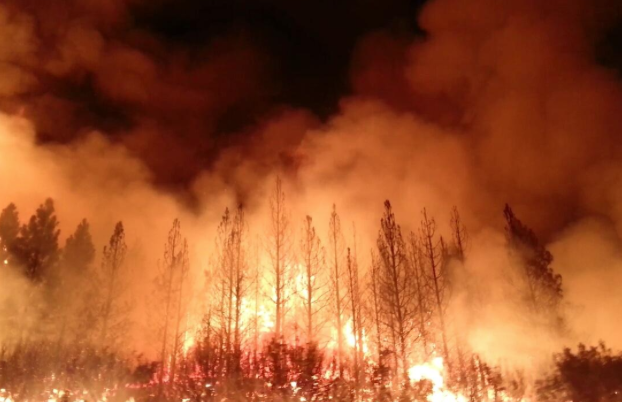 Jerry Brown, California’s outgoing governor, wants environmentalism to be his legacy. It’s certainly a better legacy than the 3 people murdered in his final month in office by illegal alien criminals whom his sanctuary state law protected from ICE detainers. But Brown’s environmental legacy is equally terrible.

Governor Brown earned the nickname ‘Governor Moonbeam’ for his soliloquies about Spaceship Earth.

“My own belief is that California has a unique place on the planet. It’s been a place of dreams. We can pursue a path of benign energy,” he rhapsodized, early in his political career.

Brown’s environmental fanaticism has wrecked California’s agriculture and helped cause a drought by diverting water supplies and failing to make any serious provisions for water preservation and reclamation. As a pseudoscientific notion about carbon causing global warming took hold, he vowed a carbon crackdown. California, he ordered last year, would go “carbon neutral” by 2045.

Doing so would require eliminating California’s oil and gas, outlawing cars, plastic cups and what’s left of its manufacturing and agriculture. Electricity would become unaffordable to all except the very wealthy.

And it wouldn’t matter because Brown’s forest fires and droughts would raise carbon numbers more than all the cars on all the freeways or the air conditioning in the homes of the people he had targeted.

The Department of the Interior estimated that the 2018 wildfire season produced 68 million tons of carbon dioxide. “This number equates to about 15 percent of all California emissions, and it is on par with the annual emissions produced by generating enough electricity to power the entire state for a year,” the press release noted.

The environment, as usual, ‘pollutes’ itself far more than the entire human race ever could. But the fires that devastated California had a little help from environmentalists and their tree-hugging cult.

“There’s too much dead and dying timber in the forest, which fuels these catastrophic fires. Proper management of our forests, to include small prescribed burns, mechanical thinning, and other techniques, will improve forest health and reduce the risk of wildfires, while also helping curb the carbon emissions,” Secretary Zinke had warned.

The sanctity of the tree is a fundamental tenet of the environmentalist creed. Saving the planet, they believed, required fighting loggers who wanted to chop down the trees and harm the environment. But trees, like every other lifeform, will either have their numbers managed naturally or by humanity. When people don’t harvest trees, forest fires naturally burn through and stimulate new forest growth.

California’s efforts to protect trees led to massive forest fires that claimed the lives of men, women and children, that destroyed thousands of homes, and also burned countless numbers of trees.

While natural wildfires regenerate forests, the lack of forestry management caused a rebound effect leading to severe fires that not only destroyed massive numbers of trees, but limited tree regrowth.

Environmentalism has its roots in a romanticist cult that arose in opposition to industrialization which refuses to understand that the environment operates in cycles, rather than existing in a fixed utopian state until human industry disrupts its natural functioning. Political influence has vested the cult with the trappings of pseudoscience fed by researchers willing to say anything for government grants.

Placing ideology ahead of science proved as debilitating to California’s environment as it did in the USSR.

California’s Air Resources Board however remains committed to ignoring the impact of its policies in much the same way that Soviet officials ignored their impact of their environmental catastrophes.

ARB’s spokesman insisted that it “can only regulate what can be controlled.”

The answer is that the environmentalist policies are a political hoax. And imaginary carbon targets have to be met through fake numbers for fighting a fake problem by ignoring environmental catastrophes.

California won’t actually reduce its carbon emissions. Instead it will go on raising electricity rates, gas prices and outlawing basic necessities, such as plastic bags, while declaring victory over carbon. The actual emission numbers will be buried in a wave of carbon trading scams, in which African countries will be paid to reduce their industrial output to atone for California’s industrial sins.

Carbon trading, when legitimate, impoverishes the Third World, eliminating jobs and industry, causing famines and crushing social mobility, putting money in the bank accounts of governments and not in the hands of the people, but mostly it’s a scam that can’t be meaningfully verified or confirmed. There will be more carbon than ever and Californians will be taxed more than ever, while the profits will go to, the green tycoons handling the carbon transactions while donating to Democrats, and to African warlords.

And when environmentalists admit the existence of the carbon spike, they falsely blame it on industry.

The Peoples Climate Movement claimed that a national 3.4% carbon rise proved “we can’t trust unregulated market forces to save us from climate change”. Its solution is “federal, state, and local level” government intervention and a “Green New Deal”.

And not just in California.

National Geographic reported that climate researchers found that the western drought had led to an extra 100 megatons in carbon emissions or the equivalent of adding 1.4 million cars every year.

California had become more dependent on hydroelectric power, which is far more reliable than the trendy, but erratic solar and wind, and is loathed by environmentalists. As the artificial drought worsened, California had to revert back to fossil fuels, raising carbon numbers.

The artificial droughts, caused by the diversion of water for environmental purposes and a failure to construct dams and harvest water resources, had reduced the use of hydroelectric power. Instead of building dams and reservoirs, Brown, Obama and other Democrats, had exploited the crisis to impose drastic rationing and increase environmentalist spending. But water mismanagement for environmental reasons led to higher fossil fuel use and higher rates of carbon emissions.

And there’s no sign that this cycle of environmental catastrophes caused by environmental regulations is about to change. California wildfires are projected to increase as the environmental cult continues obstructing realistic forestry management and viable timber industries. And the failure to maintain and expand water resources will go on causing droughts. These will increase carbon emission rates.

Environmentalists have made fossil fuels into carbon villains, but the latest national numbers show that even as coal plants closed, carbon rose anyway because of a cold winter, leading people in New England to heat their homes. Even as the war on coal was working, “emissions from residential and commercial buildings… for heating and cooking) increased by 10% in 2018 to their highest level since 2004.”

Environmentalists spend a great deal of time claiming to study the human impact on the environment, but have a very poor grasp of how the environment works on its own terms, and how it impacts people.

Obama and Brown’s carbon cutting goals are impossible, not just because they would destroy the income and quality of life of ordinary Americans, but because their tactics obstruct their goals.

My name is Fred, and I am a Philographist! (aka Autograph Collector)