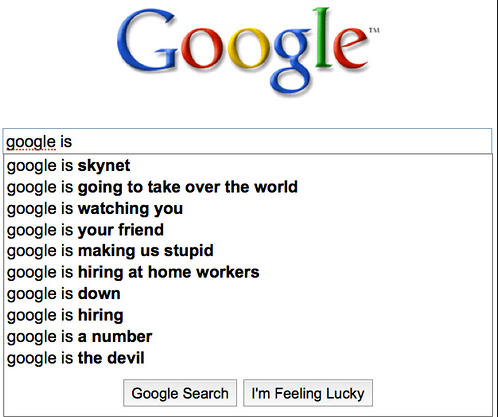 The media is dying. Read about it in the media.

Take Jeff Bezos taking $250 million, a little more than the $215 million he makes a day, and using it to buy the Washington Post, not because it’s a good business opportunity, but a good political one.

The media isn’t worth investing in.

TV and cable news are the weakest holdings of the entertainment giants. That’s why AT&T is none too fond of the CNN white elephant it’s stuck with.

John Stankey, Time Warner’s new boss (and therefore also CNN’s new overlord) told CNN that the news network has a “special social responsibility”. That’s the same rhetoric about public service that has the emerging giant monopolies subsidizing media companies as a charitable cause, not a profitable venture.

Journalism is deader than disco. The shambling monster still squealing about the First Amendment while pressuring social media companies to censor its conservative opposition under the guise of a Russian conspiracy theory has as much to do with journalism as Nabisco’s ad agency or Biden’s spokesman do.

The media doesn’t report the news. It reposts tweets, recycles news stories from a handful of wire services and largely relies on outside interests to do its actual reporting for it. Sometimes that means outside hit pieces covertly embedded, like Fusion GPS’ Russian Trump conspiracy theory, other times it’s more openly financed, like NPR getting $100K from a pro-Iran deal group to report on the Iran deal.

Media once stood for the multiple mediums, print, radio and television, which required expensive infrastructure and allowed major corporations to reach a national audience with its mass media.

The internet 1.0 crushed the infrastructure advantage of the media and then internet 2.0 made the media dependent on a handful of social, search and commerce platforms for its traffic.

Staring death in the red digital eye, the media tossed journalism out the window as it went after two targets, President Trump and the social media giants that were starving it of ad revenue. The Russia conspiracy theory evolved to incorporate the entanglement between Facebook, Russia and Trump.

Soon, media outlets, desperately loathing and desiring Facebook, were filled with conspiracy theories explaining how Russian Facebook trolls had managed to swing the 2016 election. The conspiracy theories were nonsense. Actual analysis showed that the Russians had mostly targeted African-Americans on Facebook. But the media had dumped truth and the facts a thousand miles back.

The Trump-Russia conspiracy theories hatched by the Clinton campaign and distributed by the media were popular with the more hysterical breed of Democrat prone to marching around with pink hats and memorizing long Slavic names and their appearances at Trump hotels. They helped make the eyeball traffic of the New York Times, the Washington Post and CNN great again, albeit very temporarily.

But, for the media, the real target of the conspiracy theories was Silicon Valley.

Internet 1.0 had humbled the media. Internet 2.0 had crushed its business model. But where internet 1.0 had been a cheerful thriving anarchy, the web of the college campus, the wild realm in which anything was possible, internet 2.0 was a gated community owned by a handful of giant monopolies.

A fortune in capital had been flowing into Amazon, Google, Facebook and its ilk. Media outlets could only greedily lick their lips and report on the latest viral surfing gorilla video accident trending on some app whose value had gone from nothing to billions overnight.

The old business model of serving consumers, while injecting bias into the stories and broadcasts, wasn’t working anymore. Why bother watching the news when you can scroll through your Facebook feed? The new media model would be loud advocacy. And it would be treated as a public service and financed by the very people making a fortune off viral surfing gorilla videos.

They just had to be talked into it.

Amazon had shown the way when its megalomaniacal boss, Jeff Bezos, bought the Washington Post. Soon, the formerly respected establishment paper, took on the tone and professionalism of a social justice blog, combined with blatant opposition research, hit pieces and election interference.

Silicon Valley had eaten the media’s business model. Now the goal was turning Big Data corps into the patrons of a media acting in the public interest. And public interest, meant the interests of the Left.

Like many welfare recipients, the media has made its case with a combination of truculence and victimhood. Its papers and magazines never go out of business because the public isn’t interested. They’re always “murdered” or “sacrificed” to corporate greed. If the media suffers a downturn, it’s a conspiracy. And social media giants must do the “right thing” and keep the media in business.

The media is staying alive through the patronage of lefties convinced it will bring down Trump. But what happens when Trump is gone and there’s no Mueller or Russia conspiracy to pump for traffic?

The media is leveraging Trump conspiracy theories to win Silicon Valley patronage. But that’s just hooking one bad business model on another. When Facebook begins its deep dive, suddenly the hundreds of millions that it once casually threw about the way that Gilded Age tycoons lit cigars with hundred dollar bills will no longer be there for its media remoras. The media bet its future on Trump and FAANG stocks. It doesn’t have a Plan C. And that means that its future looks a lot like Myspace.

The media is becoming another Silicon Valley acquisition that will soon outlive its utility.

It’s out of touch with 99% of the country. But it’s in touch with the special interests, politicians and leaders who run the country. And so it can turn a silly conspiracy theory into the national agenda.

Content providers are snapping up content creators all around. But unlike cable providers buying their own studios, Facebook and Google don’t actually need the media. They make their money from user submitted content. The media’s business model has failed. It needs Silicon Valley sugar daddies. And in exchange the Silicon Valley sugar daddies buy into the national messaging arm of the Left.

Facebook and Google don’t need the media to reach ordinary people. Their own reach is as far beyond the paltry airport users glued to CNN or the EPA resistance members paging through the Washington Post on their iPhone X as the sun is to the moon. But what the media has and Silicon Valley needs is political access. The media’s eyeball range is laughable. But it’s a gateway to the political insiders.

Jeff Bezos bought the Washington Post because it sets the agenda in Washington D.C.

Silicon Valley isn’t trying to buy the media. Even the people who pour hundreds of millions into any social app used by at least a single millennial know that’s a terrible idea. They’re buying influence.

The media, as we used to know it, no longer exists. Journalism is a joke. Local news coverage occasionally functions, but the national news means millennials fresh out of J-school writing up trending topics that exist only to be shared on social media and forgotten 5 seconds later, or older reporters writing up hit pieces on behalf of shadowy special interests operating behind the scenes.

Real journalists don’t work for the media. They’re employed in the shadowy netherworld where information warfare is cooked up by organizations like Fusion GPS, which hatched the Russia conspiracy theory that has hijacked our entire political discourse. The media is where the informational bombs are detonated by reporters who are too dumb and lazy to be any more than cutouts for the real players.

The media circa 2018 is just the messaging arm for the Left. And occasionally anyone influential enough.

This isn’t a business model. It’s the death throes of a dying industry making a compelling case why it can’t and won’t function as a business, and has no alternative except existing as a corrupt charity case trading political influence for cash from the monopolies destroying the last vestiges of freedom.

The continuing power of the media reveals how little say Americans have in running their own country.

The media is monetizing its political access to Silicon Valley. The media will spew lefty talking points and Big Data will subsidize its efforts to take out President Trump and anyone else it doesn’t like. Social and search will give the media a financial lifeline and an illegal competitive advantage by censoring conservative media on its platforms under the guise of fighting ‘fake news’.

That will mean that the big internet monopolies will have even more of a monopoly over the public marketplace than ever.

And that makes the very idea of free speech into the punch line of a tragic joke with its own IP address.

The internet monopolies were a huge threat to freedom before they became entangled with the media. Now they may be the biggest threat to our political freedoms in the entire history of the United States.

Facebook, Google, Amazon and the other internet monopolies are financing the media and censoring opposition media. That provides them with an unprecedented stranglehold on the marketplace of ideas.

If the elected officials don’t meet this unprecedented threat, elections will cease to mean anything.

Abortion: Can We Change Our Minds?