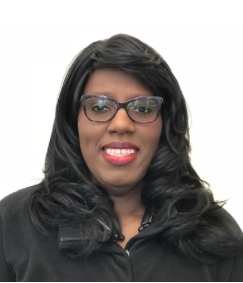 “Are you her grandmother?”

That was the question posed by a sales associate to a 30-something mother walking around a children’s clothing store with her four-month-old daughter in hand. “Excuse me? No, I am her mother,” the woman retorted. The sales associate looked rather surprised, but walked away without further inquiry.

I initially wondered if I looked old enough to be a grandmother. But then I looked down at my infant daughter and realized why I was asked such a question.  The associate probably didn’t think I looked older than I was (although, in that part of the country at the time, a grandmother in her 30s wasn’t out of the ordinary). She asked because my biracial daughter looked Caucasian, and I am a darker complexioned black woman.

I had not thought about that day in quite some time until I read an article about how some parents of biracial children arouse strangers’ suspicions. Many emotions from when my children were little suddenly came flooding back.  There were many times I was mistaken for the nanny, babysitter or grandmother. I thank G-d no one ever called the authorities on me or my spouse when we were out by ourselves with the children. In the article, a woman was reported to the police as a possible human trafficker because her child had a very different complexion.

Unfortunately, this situation can be rather commonplace for those of us with biracial children. But as soon as I saw the name of the woman who reported it, I was completely shocked. I felt this woman should have known better – or at least found a better way to handle the situation.

That woman who mistakenly reported the woman with a biracial child was Cindy McCain, the widow of the late Senator John McCain.  Many do not know this, but Cindy and John McCain’s son is married to a black woman – and they have a biracial child. Mrs. McCain has a daughter-in-law who likely faces similar situations that her mother-in-law just inflicted on another poor soul.

I understand the gravity of child trafficking, but one cannot automatically jump to that conclusion because a parent and a child have two different complexions.  According to a 2013 Pew Research Center report, approximately 2.9% to 4.3% of Americans are or identify as multiracial.  Add to those statistics that 44% of all adoptions in the U.S. are interracial and that 73% of non-Caucasian adopted children are with Caucasian families.

With these growing numbers, there will be more families in which one or both parents will not have the same complexion as their child. Are we also going to see a rise in knee-jerk reactions, due to ignorance? Are we going to cause more stress to parents and children in an already overstressed world?  Or can we approach it differently?

Seeing something and saying something is a part of everyday life these days, but how one approaches such situations can make all the difference.

I contacted my ex-husband to share the McCain story with him.  We both agreed about how his late mother would have handled such a situation. Yes, she would have been a bit rough around the edges, and bluntly asked if the child was theirs. But then she would have pulled out tons of pictures of her grandchildren and gushed all over them – putting everyone at ease. And, knowing her, she would have set up playdates before the conversation ended!

Let’s always remember to be kind before we are suspicious, knowing that those with different complexions can have much in common – even a direct genetic link.

A native of Memphis, Tennessee, Project 21 member Marie A. Fischer is a college information technology professional with over 20 years of experience in the field. She holds a degree in marketing from New York University. She currently lives in Brunswick, MD with her kids and dog.. She is the 3rd vice president of the Maryland Federation of Republican Women and the chairman of the Frederick County chapter of the Maryland Black Republican Council.

Daniel Greenfield: How to Fake a Hate Crime and Get Away With It