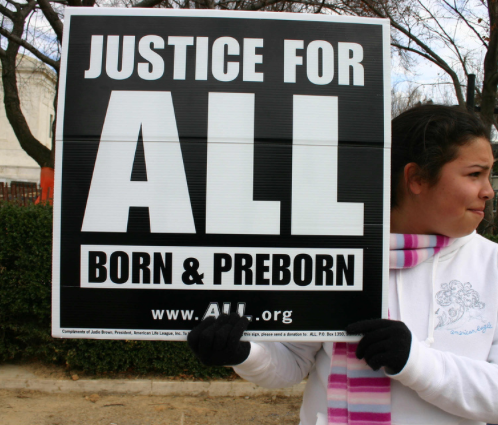 Thirty years ago I participated in a Pro-Choice march. I believed that a woman should have the right to carry a pregnancy to term or the right to an abortion. At the time, abortions were performed before the first 12-16th weeks of pregnancy. Fetoscopes could hear fetal heart beats about the 15-17th week of pregnancy. Typically, pregnancies lasted 38-42 weeks.

Truth demands that I tell you that soon after that Pro-Choice-march, I married a man who was Pro-Life. We attended a Pro-Life church. Candidly, I attended the church because it was husband’s choice, not because I was Pro-Life. I remained Pro-Choice for at least 20 years. In the past 10 years, I began to investigate abortion in the United States. Here is some information I found:

* Pro-Abortion advocates rarely use the word “Abortion.” They attempt to sanitize abortion by giving it a politically-correct name, “Women’s Reproductive Health,” “Women’s Choice”, and “Pro-Choice.” In 2019, who in their right mind opposes women’s health or choice?

* The leading cause of death in the United States is abortion. Abortion-related deaths are higher than heart disease, drug deaths, stroke, etc. * In 2017 approximately 882,000 abortions took place in the United States.1 Fewer than 8% were due to rape, incest, or health of the pregnant woman. That means that 92% of abortions was related to inconvenience of being pregnant and/or having a child.

* In 2015, unmarried women accounted for 86% of abortions. Some women had more than one abortion procedure. At times, they used abortion as birth control, rather than birth control pills or pregnancy-prevention devices.

* The abortion rate of women with Medicaid coverage was three times higher than that of other women.

In the past 30 years, I changed my political party, religious affiliation, opinions about “black face” and racism, and what constitutes sexual harassment. A hallmark of growth and development is a changed mind when new information is acquired. If we never change our minds, do we cease to be thinking humans? If we never change our opinions, I’m not sure we grow or mature in thought.

I changed my minds about supporting abortion. I now think abortion is morally wrong. I cringe when I remember that I participated in the Pro-Choice march. I’m glad no one has a photograph of me in that march that can be posted on social media.

My changed mind isn’t blind acceptance of my husband’s or my church’s Pro-Life perspectives. I changed my mind because I acquired and evaluated new information. I saw how the landscape of the abortion industry changed to the point where abortion is “on demand;” where abortions can be performed up to minutes before live birth of a neonate; and to where fetal body parts are harvested and sold for cold, hard cash. I’m glad I changed my mind about abortions.

With Corrupt Politicians, “Sorry” Seems To Be The Hardest Word

With Corrupt Politicians, “Sorry” Seems To Be The Hardest Word

Green New Deal is a Tax and Spend Deal!

Will Johnson: Biden Says Black and Hispanic People Are Dumb