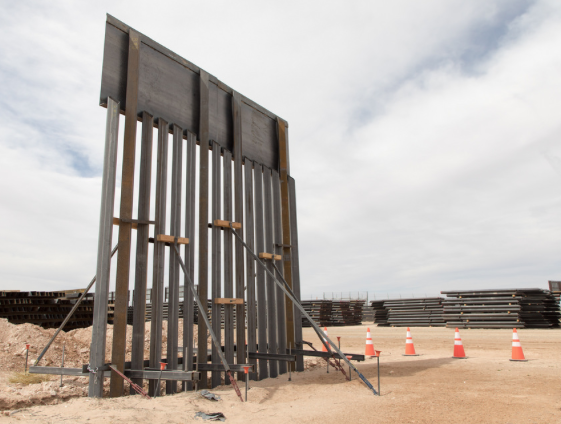 There is much speculation about the reasons we find ourselves looking down the barrel of a long government shutdown. Much of it centers around the idea that Democrats want illegals to gain the vote and thereby improve their election chances because most Hispanics vote Democrat. But that’s a really iffy argument when you come to realize that culturally, many Hispanics are conservative in their religious beliefs as well as their views on family and government.

So, why are we still at an impasse? Why are the Democrats so intransigent over an expenditure that is, in the reality of federal spending, a pittance in the big scheme of things?

I believe there are only a few reasons that make complete sense:

1 – Perhaps the quest to increase Democrat votes could be behind it, but I doubt it.

2 – Perhaps the Democrats simply have shifted so far to the left and so far into the ideology of socialist that they refuse to accept anything that gets in the way of their push for power and control. This falls under the concept that if the Democrats didn’t come up with it, it must be wrong

3 – Perhaps the Democrats simply cannot fathom the idea of allowing President Trump to gain another fulfillment of a campaign promise because they think that if he does achieve that fulfilled promise he will be nearly impossible to beat in 2020. Now we could be coming closer to the core truth of this standoff, or

4 – Perhaps – and here I am speculating, but believe the evidence points in this direction – what the Democrats are after is not more votes, but more members in the House of Representatives. How, you ask? Very simply… and part of the reason I don’t see #1 as being the root cause…many illegal aliens will not be permitted to vote because many states have provisions in place to prevent them from voting without proof of citizenship.

This last “perhaps” is rooted in my mind as the key to the Democrats desire for both “amnesty” and open borders. By allowing a continual flow of illegal aliens into our country in addition to the million or so legal immigrants (who cannot vote immediately upon entering) each year, they are continually increasing the population of the country. You must ask yourself where most of those illegal aliens congregate. They congregate in urban areas with high populations because it is much easier to get lost and become invisible when you are mixed into a large mass of people in one place. Those population centers have the most liberal welfare systems, too. Nearly all the major metropolitan population centers are in places that are dominated by Democrats and governed by Democrats.

Building on these facts, we must now ask ourselves why the Democrats are adamantly opposed to even the idea of placing a question on the 2020 census forms that asks – Are you a citizen of the United States. The answer is obvious to me. If that question is placed on the census forms, then many of the illegal aliens present during the 2020 census might answer the question and admit they are not citizens. If that happens, they are not likely to be counted when representation in the U.S. House is re-calculated following that census. Without that question, most of the illegal aliens will be included in the overall count and therefore will increase the population in strongly Democrat areas of the country. If this comes to pass, then the number of representatives allocated to Democrat-dominated areas of the country will increase and therefore their representation will increase along with the number of electors to the Electoral College – an institution that has been under attack by Democrats for several years now.

When you look at all the reasons proffered for why the Democrats are so immovable on the issue of funding the construction of a physical barrier at our southern border, the third and fourth make more sense than the first and second. Of all, the last would certainly be the most effective at ensuring that Democrats would have an increasingly easier time retaining control of the House as well as a greater influence on the Electoral Votes needed to elect the President by 2024.

It’s past time to build an effective barrier to illegal immigration. The Democrats, at this point, own the shutdown and cannot deny that their opposition is completely political in nature. It’s is always about increasing their power and control. Never forget that when analyzing why the leftist do anything.