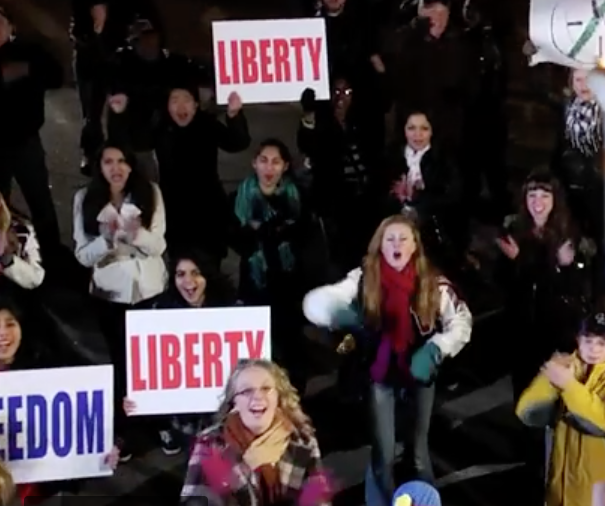 Contrary to popular belief, truly organic political movements do not happen often. Sometimes they make history, even if it is not right away. We are Americans and that is what we do. We built a nation on an organic political movement. Sometimes they are created out of a single issue that will affect millions of Americans. Those normal average citizens who most of the time don’t feel as if they have a voice, all of a sudden find their voices and make them heard.

2009 was a momentous year. America saw its first black president take office. But something else happened as well, the policies of that historic administration brought out Americans who disagreed with those policies in droves. They saw similarities between themselves and their Revolutionary War era ancestors who spoke up against tyranny inflicted on them by the British Government. They called themselves the Tea Party.

For the original Tea Party, the catalyst was a tax on tea. For the new Tea Party, the issue was Obama care. They felt the federal government was giving them no say in their health care. They felt the people who were supposed to represent them in Washington D.C. were ignoring them. Something needed to be done. On February 27, 2009, a few hearty souls gathered at the banks of the Mississippi river, under the Gateway Arch in St. Louis, and threw their symbolic tea bags into the water.

Around the nation, other groups formed as well. Some big and some small, but they all had a common mission, to remind the folks in Washington that they worked for the people. There were faces of the Tea Party like Jenny Beth Martin and Dana Loesch. Politicians like Kentucky Senator Rand Paul and Florida Senator Marco Rubio were elected in 2010 due to the rise of the Tea Party. But there was no official “head” of the Tea Party, that was the beauty of it.

Is it possible that the Tea Party could make a come back? Could the right time and the right issue come along that would revive the passion and motivation to be heard that inspired the birth of the Tea Party? Ever heard the phrase, “build that wall!”?

What the heads of the Democrat Party, a.k.a., the mainstream media will not tell you is that Americans want a wall. We have all heard the facts that Nancy Pelosi rejects. Illegal immigration is costing the United States roughly 70 billion dollars annually. Some estimates put that number even higher. The effects of illegal immigration on the education, healthcare, and welfare systems is unsustainable. The majority of those who elected Donald Trump did so on his core campaign promise to build a border wall. Many of those Trump supporters also considered themselves members of the Tea Party. It is quite possible that the longer the Democrats fight the President, it will again motivate former Tea Party members to put the band back together again.

These same people also see that the state of Washington is business as usual. They continue to see the people they send there as not only not representing them, but simply not caring what they want and they vote accordingly. Most Tea Party members will tell you that prior to Obamacare, they had never been politically active until they felt like it was being forced upon them. The Democrats clear lack of caring about border/national security could get the same reaction. Those Tea Party folks who might be a bit more politically savvy know this; the Democrats do not want to give the President any sort of victory under any circumstances. They know what a significant victory a wall would be. Should construction of a wall begin, it would almost be certain that Donald Trump could walk into re-election.

Back in 2011, the Democrats decided they did not need the votes of white working-class people. They decided to stake their future on various assorted interest groups and minorities. A permanent underclass of poor people can be bribed into voting Democrat in perpetuity with the promise of entitlements. Without that bloc of potential voters, it is almost the death knell of the Democrat Party.

Will a border wall be the Obamacare of 2019 and prompt a rebirth of the Tea Party? The similarities and parallels are there. The people just might be there as well.

Prager University: Why You Should Be A Nationalist