Many Democrats are coming to support the Boycott, Divestment and Sanctions movement (also known as BDS), a global campaign promoting various forms of boycotts against Israel until it meets what the campaign hypocritically describes as ‘Israel’s obligations under international law.’

‘International law,’ of course, is something which is supposedly self-evident. The self-appointed arbiters of what international law does or does not say, and who is or is not adhering to it, seem to think their interpretation are simply common sense. ‘Common sense’ is a common Democrat talking point; as we have seen with Obamacare, as well as with all this wonderful ‘common sense’ gun reform. Sadly, it seems as if common sense were rather more in the eye of the beholder than some would no doubt be inclined to acknowledge.

And strangely enough, the curious kind of dogmatism anti-Zionists are displaying here doesn’t sit very well with their more usual approach to jurisprudence, which is normally all about opposing ‘rigid’ views that are allegedly less ‘open-minded’ than theirs. 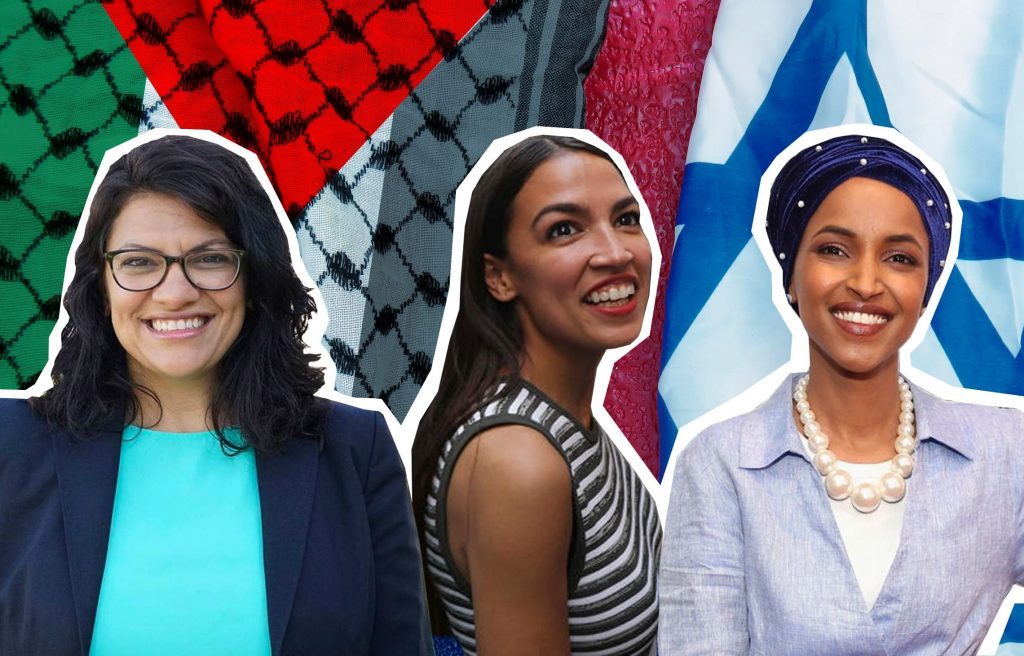 Therefore, it is no surprise to see some utterly foul words from a certain Palestinian-American congresswoman on Trump: ‘We are going to impeach the motherf***er,’ this is inexcusable language and utterly disrespectful for our American President from a NEWLY ELECTED congresswoman.

Rashida Tlaib has a history of inflammatory antisemitic comments. She recently invoked the spectre of dual loyalty, saying that those who support states that penalize those who boycott Israel have “forgot what country they represent.”

However, Michigan Democrat’s comment did not go unanswered. A, Jewish writer Howard Lovy, said Tlaib’s inflammatory comment was a classic example of the, “Old anti-Semitic ‘dual loyalty’ garbage … when the first thing she raises is the ancient spectre of Jewish disloyalty, you know this is going to be a rough ride.”

“Fresh from showing her desire to wipe Israel off the map, new Palestinian congresswoman Rashida Tlaib wastes no time to call President Donald Trump “motherf***ker” and reveal being an extreme anti-Semite by accusing Jewish-Americans of Dual Loyalty.”

“Disturbing. Anti-Semitic “Palestinian” Rashida Tlaib (there has NEVER been a nation called Palestine) erases Israel from map in her office and on 1st day as Congresswoman screams obscenities about Trump. Do Dems support this bigotry and hate?”

The predictably confused ACLU have, of course, taken Tlaib’s side. NO Surprise!

Between misguided ‘civil rights’ lobbyists, confused Democrats and fanatical BDS lobbyists, the situation for Jews and Israelis in the USA is fast deteriorating. If we all want to rectify this situation, it is important to support good pro-Israel political candidates and other public voices who are both ready and able to contain and roll back the tide of militant anti-Zionism. This language is besieging the Jews of America and Israel; along with the radical anti-Semitism, that is also lowering the tone of civic discourse, and which thereby represents a genuine affront to the dignity of the average right-thinking citizen of every race and creed.

Ann-Marie Murrell: "The Future Is A Phantom"

Daniel Greenfield: Who's Behind the War on Orthodox Jewish Schools?