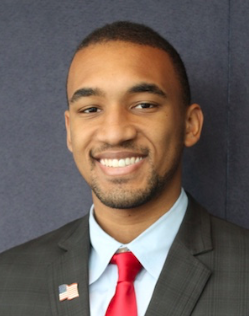 In an effort to end what has become the longest government shutdown in American history, President Donald Trump addressed the nation last week to stress the need for strong immigration reform – primarily through the construction of a border wall. He clearly explained the many devastating repercussions of leaving our southern border exposed, declaring it a “growing humanitarian and security crisis.”

The President’s message was a much-needed reminder to his hard-hearted critics, who are apparently willing to overlook the violent crimes and catastrophes occurring due to an influx of drug dealers, human traffickers and even potential terrorists across our southern border.

And despite the negative reaction in the mainstream media, which has depicted the President’s message as politically motivated and a manufactured and phony crisis, the address was helpful in informing the American people about the dangerous reality of what some liberals want to essentially make a borderless nation.

The immigration statistics that the President chose were intended not only to sway the opposition toward investing in a border wall, but also to provide an important wake-up call to the American people about the dangers of unchecked illegal immigration.

President Trump made the case that illegal immigration is not merely a political issue, but a criminal and national security concern that must be properly addressed.

On the subject of the mounting drug epidemic caused by illegal immigration, President Trump revealed some chilling statistics:

Our southern border is a pipeline for vast quantities of illegal drugs including meth, heroin, cocaine and fentanyl. Every week, 300 citizens are killed by heroin alone, 90% of which floods across from our southern border. More Americans will die from drugs this year than were killed in the entire Vietnam War.

The fact that these drugs could kill more people in one year than one of the most brutal wars in American history is truly staggering.

In addition to drugs, thousands of captured illegal migrants have also been found to have long criminal records involving child trafficking, homicide, and weapons charges.

“In the last two years,” the President added, “ICE officers made 266,000 arrests of aliens with criminal records, including those charged or convicted of 100,000 assaults, 30,000 sex crimes and 4,000 violent killings… Last month, 20,000 migrant children were illegally brought into the United States, a dramatic increase. These children are used as human pawns by vicious coyotes and ruthless gangs.”

It’s truly alarming that media pundits and liberal politicians accuse President Trump of fabricating a crisis even after he has made such a compelling case for the construction of a border wall to curb violent crime and drug-related pandemonium.

Despite the facts, House Speaker Nancy Pelosi and Senate Minority Leader Chuck Schumer seem so blinded by their personal disdain for the President that they overlook the devastating consequences of an unsecured border. Instead, they harden their hearts more and more – reminiscent of Pharaoh in the book of Exodus, who hardened his heart and refused to free the people of Israel from enslavement. Through their own actions, liberals now prolong the ongoing government shutdown – effectively enslaving 800,000 federal workers by keeping them from being paid.

Even though many of them once supported the construction of a barrier along the southern border, critics of the President have made it a self-destructive mission to deny the Trump Administration the $5.7 billion in funds needed for a barrier they once endorsed.

“Some have suggested that a barrier is immoral. Then why do wealthy politicians build walls and fences and gates around their homes? They don’t build walls because they hate the people on the outside, but because they love the people on the inside. The only thing that is immoral is the politicians who do nothing and continue to allow more innocent people to be so horribly victimized.”

It’s time for the liberals to recognize the facts, cast aside their political animus and work in the best interests of the American people against clear and present threats to our security and liberty.

Stone Washington is a member of the Project 21 Black Leadership Network.

Project 21 member Stone Washington is a senior at Clemson University majoring in history and minoring in political science. He is a former participant in the Young Leader’s Program at the Heritage Foundation, where he interned in the development department in early 2018. He is also a five-year alumnus of Envision youth leadership conferences. He is a published writer, with work appearing on Professor Ellis Washington’s website – the Ellis Washington Report – as well as with Renew America, Tiger Town Observer and Red Alert Politics.