They stood and applauded. They yelled in glee. They celebrated by lighting the World Trade Center pink.

Satan threw a party as he danced in victory.

The #ReproductiveHealthAct is now law in New York State. We lit the spire pink to celebrate. pic.twitter.com/dJbZqvWefV 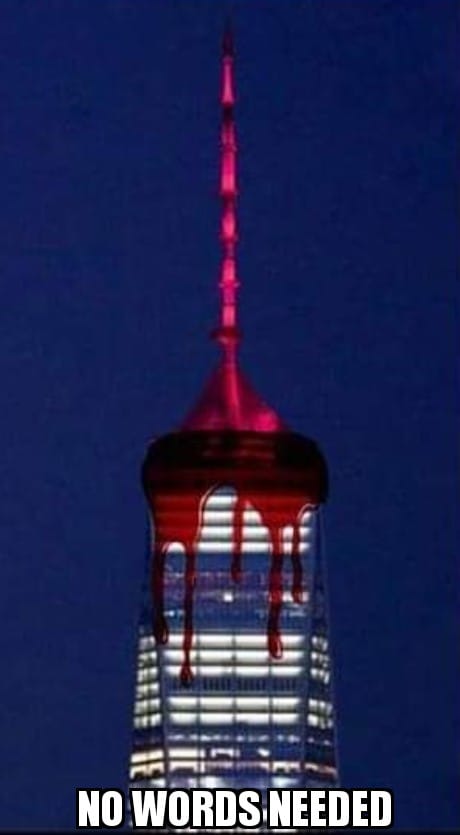 New York’s abortion law was updated and strengthened Tuesday night when Gov. Andrew Cuomo signed the Reproductive Health Act into law that had just passed the Senate and Assembly.

The bill was first introduced in the Democratic-run Assembly in 2006 but had not been taken up by the Senate until the Democrats wrested control from Republicans this year.

The law for the first time allows abortions after the 24-week mark to protect the mother’s health or in cases where the fetus won’t survive.

Previously, abortions after that point were permitted only to preserve a mother’s life.

The legislation also removes abortion from the criminal code and clarifies that a range of medical professionals, not just licensed physicians, can perform the procedure.

Advocates had said New York’s law would protect abortion rights in the event that a conservative US Supreme Court overturns the 1973 Roe vs. Wade decision that legalized abortion.

“Declaring abortion a “fundamental right” opens the door to invalidating “any limits on abortion” and “mandat[ing] that everyone take part in the culture of death,” the group warns. The bill would also prevent pregnant women whose babies are killed in violent attacks from seeing justice, and have the effect of “authorizing infanticide” by repealing the requirement that a second physician be on hand in the event that an attempted abortion past twenty weeks yields a live infant.”

Just to be clear, what Gov. Cuomo and the state legislature passed Tuesday night was a horrific law that can only be described as nothing more than ritualistic child sacrifice on the altar of progressivism and faux feminism. “Unprecedented numbers of children have been “sacrificed” at the hands of abortionists for the sake of convenience, immorality, or pride. Hundreds of thousands of babies have been killed so that their parents can maintain a certain lifestyle. God hates “hands that shed innocent blood” (Proverbs 6:17), and we can be sure that God will judge this horrendous sin.”

Convenience, not sanctity of life, has become the false god of the liberal left when it comes to abortion. The repercussions of this law will be felt for decades-if not generations. Will other states follow suit and will more babies be sacrificed? Will euthanasia become the solution for those considered “inconvenient”? It doesn’t take much of a stretch to imagine the day that the mentally disabled or the physically disabled or the elderly will be routinely “aborted” because of a law regulating the meaning of “quality of life”.

How depraved of heart every person who voted for this atrocity must be. How blinded and misguided are those who “celebrated” this as some type of “win” for women.

Yes, they have innocent blood on their hands.

Those who choose to look the other way and refuse to speak out against one of the darkest days in this country’s history will be considered just as complicit.