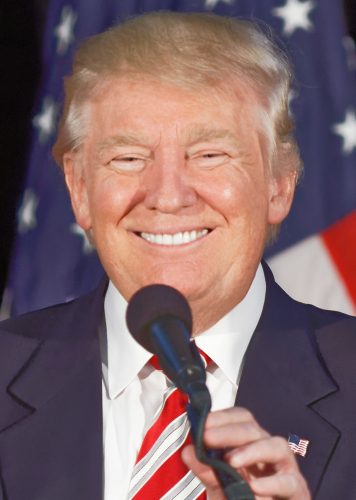 Oh folks, there is crying and weeping and depression on the left today. They had him. Today was THE day! The start of the demise and eventual destruction of Donald Trump. When the Buzzfed news story broke on Friday that Trump had asked Michael Cohen to lie to Congress, the left was giddy. Over at NBC, Chuck Todd could barely contain himself:

“In the Trump era we have a hard time sometimes under-calibrating — and everybody is like, ‘Oh my God, oh my God — this is it, this is it,’” Todd said. “You can’t overstate how significant this development is, with the caveat of if true. I mean, a lot of this is the ‘if true.’”

“Yeah, I think if this report is true if the president directed Michael Cohen to lie to Congress, then that’s a clear case of participating in perjury and obstruction of justice, and he should resign, but if he doesn’t resign, he should be impeached. As you can imagine, Michael Cohen was in a very different place when he did that interview with us. And of course, he’s admitted now to lying to Congress. So that’s part of the reason that we need to bring him back now to the Intelligence Committee, but obviously the Oversite Committee, perhaps the Judiciary Committee, and get to the bottom of this specific question. The other thing is I hope that Bob Mueller will let him talk to us, because if this is the case, if this is true, what BuzzFeed has reported, then Congress needs to take action. It means you have a president who is directing at least one person and who knows, perhaps others, to lie to Congress.”

Adam Schiff: The allegation that the President of the United States may have suborned perjury before our committee in an effort to curtail the investigation and cover up his business dealings with Russia is among the most serious to date. We will do what’s necessary to find out if it’s true.

Presidential historian Jon Meacham had this to say:

I don’t think there is any choice in terms of proceeding with impeachment. And if the evidence is what it appears to be, I think in good conscience, Republicans and Democrats who are following their constitutional duty and the precedents of impeachment themselves—which has the virtue of being bipartisan.

Of course to the left it’s always the seriousness of the charge, not the nature of the evidence.

Then you had the usual Hollywood left dunces chiming in (if only they worked as hard on making good movies!)…

Her parents must be so proud of her command of the English language.

Michael Ian Black: “In addition to high crimes and misdemeanors, it seems like you should be able to impeach a president for being a total f*** douchebag.”

Justin Hendrix: “Here we are, in a moment of historic crisis. The President is guilty of significant wrongdoing. High crimes. His election is exposed as illegitimate; he has compromised national security. He must go.”

Kumail Nanjiani: “Feels like some struggling journalist found a monkey’s paw 4 years ago and was like ‘I wish there was more news.'”

I’ll be honest, I have no idea what he is trying to say. But I just consider the source.

George Takei: “Anyone else notice that the allegations and evidence against Trump keep getting more serious and rock solid? This is no doubt by design; the nation needs to understand that we’re dealing with a criminal who has something to hide before Mueller reveals what it is Trump is hiding.”

Speaking of Star Trek, there was a line Captain Kirk uttered in “The Wrath of Khan” that I would like to alter slightly as I make a personal address to the radical left in this country: “Liberals, I’m laughing at your superior intellect.”

These people might as well have signs on their back that say “HOAX ME!” I mean this is same organization that broke the story on what turned out to be the fake Russian dossier. My goodness how gullible is the left!

And then last night, after the commotion, hyper-ventilating and giddiness, it all came crashing down. Again.

But this time it was a severe blow as it came from Mueller’s office, the liberal savior who was going to take out Trump:

“BuzzFeed’s description of specific statements to the Special Counsel’s Office, and characterization of documents and testimony obtained by this office, regarding Michael Cohen’s Congressional testimony are not accurate,” special counsel spokesperson Peter Carr said in a statement.”

As Queen might say, “Another one bites the dust”.

Someone needs to contact Joaquín Castro and Adam Schiff and tell them to stuff it.

Meanwhile back in the real world, Trump is still President and Nancy Pelosi is still grounded. It hasn’t been a good week for the left.

I’m sensing another “scream at the sky” event on the horizon.

Why Violence and Hatred Against Conservatives Is Growing