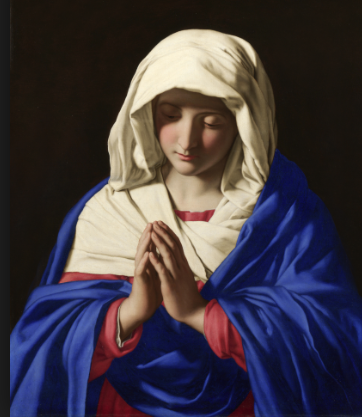 Astonished, Mary’s mother responded, “Mary, you know that you and Joseph shouldn’t have had sex until the betrothal period was over and you were married. What were you thinking?”

Mary’s mother looked at her daughter, trying to process what possibly could have happened. “Oh, Mary, were you raped by one of those awful Roman soldiers?”

“No, Mom. I never had sex with anyone. The father is God.” Mary replied.

Can you imagine a conversation such as this one in a small house in Nazareth? Yet, it could have been the conversation between Mary and her Mother. During it, Mary tried to convince her Mother that she was carrying a baby fathered by God’s Spirit.

Mary’s father was told about Mary’s pregnancy. He took the news to Joseph, Mary’s betrothed. Joseph denied that he was the unborn child’s father. Probably, neither man believed Mary’s statement that the Spirit of God got her pregnant.

Joseph determined to set Mary aside quietly so that she wouldn’t be stoned for adultery. While Joseph contemplate this strategy, he had a dream. In the dream an angel told him to marry Mary. When Joseph woke, he took Mary into his home as his wife, but, had no intercourse with her.

Recently, 5,000 – 7,000 (Politifax, 1/12/19) Latino men, women, and children left homes in Central America, traveled through Mexico, to the United States (US) southwestern border. About 20-30% of the caravan was women was women and children. Estimates are that 1/3 of women were raped on the trip. Primarily, rapists were male caravan travelers and “coyotes” paid to get the women across the US border. An anecdotal story is that often women timed caravan travel with their monthly menses. Menses is one deterrent against rape.

A part of the border crisis is women being raped—possibly between 400-500 of them. Question rise from this sexual abuse:

Women’s hearts go out to Mary as she tried to convince parents and Joseph that she never had intercourse. The good news was that Mary agreed to her supernatural pregnancy before-hand. Similarly, our hearts go out to Latino women who were raped. Agreeing to participate in a migrant caravan to the United States is not the same as agreeing to be sexually abused, perhaps more than once.

Central American Latino women must be discouraged from succumbing to lies of self-serving politicians and money-grubbers who promise an easy trip and easy access to the United States. Central American countries, home to these women, are responsible to tell them about the ardors of migration caravans to include potential sexual abuse. The United States needs to accept all migrants to their border or build a strong barrier so that Central American migrant caravans are not formed.