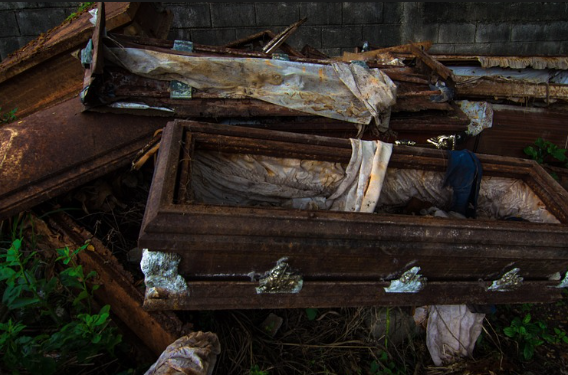 Venezuela, a failing socialist state, has gifted its people with the sixth minimum wage hike in one year. The 150% increase last week won’t help too much because inflation is up to 1.7 million percent.

Yes, you read that correctly.

Minimum wage hikes don’t help when your currency isn’t worth the cost of the paper it’s printed on. That’s literally true in Venezuela, which has tried switching to an even more worthless cryptocurrency.

Forget the #Fightfor15, in Venezuela it’s a fight to afford basic food supplies or even a cup of coffee.

The cost of a cup of coffee rose 285614% in a year and doubled in seven days. Under the new currency, you can grab a cup of the good stuff for 400 bolivars. Too bad that the minimum wage is 4,800 bolivars and 90% of the population is impoverished. It isn’t looking to buy a cup of coffee, but is starving because it can’t actually buy food. Alternatives have included eating zoo animals, pets and wild donkeys.

“Juntos: todo es possible”, the Obamaesque slogan of the regime declaring, “Together, anything is possible”, looms over a frightened starving population from billboards decorated with socialist icons.

The regime’s other election slogan was, “Vamos Venezuela”. And Venezuelans are going.

10% of the population has fled Venezuela escaping through Simon Bolivar Airport, which has no water, no working toilets, no air conditioning and barely any power, where government thugs demand money and jewelry from passengers, or just marching on foot to escape the socialist mess any way they can.

Those Venezuelans who remain can’t find medicine, lack drinking water and can’t even afford to die.

The death rate in Venezuela is high. Between gang violence, outbreaks of disease and food riots, the corpses are piling up, and no one can afford to bury the dead.

Two years ago, a public cemetery charged 240,000 bolivars for a burial, while private cemeteries charged 400,000. The casket alone could cost 100,000 bolivars. Not that it matters because caskets have become hard to obtain due to shortages of wood and metal.

The number of zeroes may have changed with the new currency, but has become no more affordable.

Meanwhile, cemeteries, like every business, have seen employees vanish to wait on food lines or work in the black market, which means that not only can’t you bury the dead, but there’s no one to do the burying. Not only did socialism force Venezuelans to wait on line to buy food to live, they also had to wait on line after they were dead. Socialism is defined by the line. You are born into it and die on line.

After funerals became unaffordable, Venezuelans settled for cremating the dead. But the iron law of supply and demand quickly fell into place. As demand for cremation increased, so did the cost.

It wasn’t just the cost of a cup of coffee that doubled in a week: the cost of cremation rose 108%.

Major General Manuel Quevedo , the 2019 president of OPEC, is Venezuelan even as the country’s mourners can’t afford the cost of the gas with which to burn their dead.

Quevedo, a leftist Lenin-praising thug, was dispatched to take control of Venezuela’s collapsing oil industry, but instead dealt it a fatal blow. Protests were put down by force. Anyone who committed the crime of actually knowing anything about the industry was locked up and replaced by a regime loyalist.

The socialist thug ordered workers to denounce anyone who opposed the government. Instead, 25,000 workers out of 146,000 resigned last year. And it’s worse than the numbers make it look because many of those resigning are engineers and managers who can’t be replaced by hiring just anyone.

Under the socialist military regime, oil production fell 29% as drilling rigs lacked crews and fires broke out in refineries. Those workers that haven’t quit have been selling their uniforms in exchange for food.

Fuel shortages broke out in an OPEC nation as its former production of 2 million barrels of oil dropped to 1.2 million. The situation is now so bad that Venezuela will import 300,000 barrels.

Venezuela is so broken that one of the world’s top oil producers and exporters is now forced to import oil to be able to sell it at artificially subsidized low prices to its population and to repay Russia and China. The Maduro regime keeps touting Russian and Chinese deals as the answer, but the problem is that Venezuela only has one thing that Russia and China want, and it’s too socialist to even get at it.

With a worthless currency, Venezuela is paying America, Russia and China in crude and buying back barrels of oil because under military socialist control, its refineries are no longer functional.

It’s also trading natural gas for barrels of oil, and so Venezuela may have the eight largest gas reserves in the world, but the families of the dead can no longer manage to get natural gas to burn the bodies.

There’s no cooking gas, long lines at gas stations and no way to even cremate the dead.

In the final triumph of socialism, Venezuela’s energy industry has collapsed. There isn’t even enough gas left to burn the corpses left in the aftermath of the failed socialist experiment forcing loved ones to dump them in pits and mass graves.

Socialism killed Venezuela as it will kill any country given enough time. First, you run out of other people’s money. Then wage and price controls destroy the supply and demand of the marketplace. And when there’s nothing left in the stores, a government takeover will consolidate the destruction.

It happened in Venezuela. And it can happen here too.

Seven years ago, Senator Bernie Sanders wrote an editorial, claiming that the, “American dream is more apt to be realized in South America, in places such as Ecuador, Venezuela and Argentina, where incomes are actually more equal today than they are in the land of Horatio Alger.”

It’s the socialist dictatorship with no food, no power, no water, no hope and true income equality.

Incomes are more equal in Venezuela. Everyone, except the regime and its loyalists, has nothing. Not even a grave in which to bury the dead. That’s not the American dream, that’s the socialist nightmare.