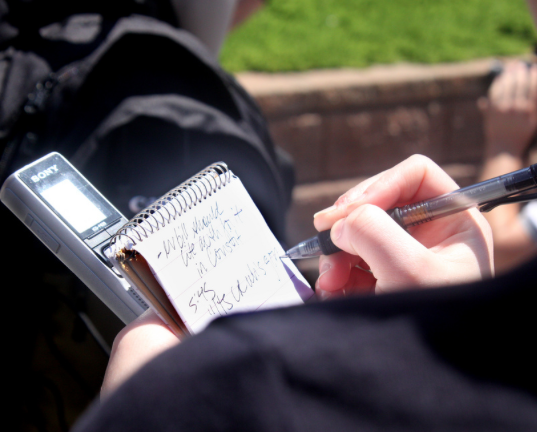 Scrolling through my feed, I see the title of a New Yorker piece, “Does Journalism Have a Future?” And then I keep on going, knowing exactly what’s in it without having to read it.
That’s true of most media products.
Journalism doesn’t have a future. It doesn’t even have a present.
Journalism isn’t the opposition research, hit pieces, narcissistic blogging, conspiracy theories and viral scandal manufacturing, with its satellites of hot takes, that passes for journalism these days.
Those are the eviscerated lifeless organs of journalism.
There are still individual journalists, but there’s no profession. And there hasn’t been one in a while. It’s hard to know exactly when the line was crossed. Was it Woodward and Bernstein, the Pentagon Papers, Bill Clinton, Dan Rather, Obama’s media entourage?
It’s hard to know and it doesn’t really matter. You don’t need to know exactly when Rome fell when you’re standing in the rubble.
Why Rome fell is equally obvious.
It isn’t just politics. Though that’s a big part of the answer.
Biased people can be journalists. Liars can be journalists. Con artists, extremists and otherwise unhinged people can be journalists.
What happened though was that the different functions that journalism performed were subdivided, and those that were useful were diverted to serve private causes and agendas, while those that weren’t died.
Imagine a police department that only protected the homes of powerful politicians while ignoring everyone else. There would eventually be no difference between them and hired goons except their insistence that they have noble principles and serve an important function.
It’s not just the corruption. Journalists have often been corrupt. It’s the loss of professional functionality.
Journalists, like those hired goons, no longer occupy a distinct professional class. They’re a subset of political operations. And the ones that don’t occupy even worse roles or are dying out.
Technology, cultural changes and political extremism have all played a role in creating that reality. And it’s the future.
It’s also the present.
Share
Facebook Twitter Pinterest Reddit Share via Email Print

Daniel Greenfield: The Man Who Banned Guns in Chicago Had 23 Of Them