The Steele dossier, a document produced by Christopher Steele at the behest of the Clinton campaign is ground zero for the Russia conspiracy theory that is tearing apart the country. Even the Mueller investigation has its ultimate roots in the eavesdropping carried out by the Obama administration using the dossier as evidence and the dubious and unverified claims made by Steele in the dossier.

But why did the Clinton campaign ever set out to create such a document?

The Steele dossier has been described as opposition research and it was certainly circulated among reporters in order to spread the Russia conspiracy theory in the media, but its contents were circulated more in the Obama era FBI and the DOJ, and its media rounds seemed more geared to creating stories that would justify a FISA warrant than to any serious effort to sway the electorate with its attacks.

The dossier was never convincing opposition research because its central claim, that Trump was a Russian agent, was too farfetched and detached from election issues to ever connect with voters. It required the complicity of the FBI and the DOJ, and Mueller’s sanction, to give it any credibility.

The dossier’s real role was legal, not political. It wasn’t meant for the tabloids, but to create a pretext for an investigation of Trump and his associates. And so it’s easy to see its usefulness to the Dems today.

But why create a pretext for a secret investigation of Trump before the election was even done?

The FISA warrants had always raised the possibility that the investigation was used to collect information on a rival campaign. And, because of the slow pace of declassification and the lack of a thorough release of information about exactly what was done and who was responsible, that remains a real possibility. But a recent statement by Christopher Steele raises an even more disturbing possibility.

In response to a lawsuit, Steele admitted that, “Fusion’s immediate client was law firm Perkins Coie. It engaged Fusion to obtain information necessary for Perkins Coie LLP to provide legal advice on the potential impact of Russian involvement on the legal validity of the outcome of the 2016 US Presidential election.”

“Based on that advice, parties such as the Democratic National Committee and HFACC Inc. (also known as ‘Hillary for America’) could consider steps they would be legally entitled to take to challenge the validity of the outcome of that election.”

The Steele dossier would have been mostly worthless in a conventional legal challenge of the election outcome, but it was used to launch a very different brand of “legal challenge” that is more often seen in banana republics in which police powers are abused to target the political opposition.

It is highly implausible that the Clinton campaign had hired a firm to investigate the possibility of Russian election tampering as far back as April or June. But it could have been laying the groundwork for a variety of scenarios, including a doomsday scenario in which Hillary Clinton lost to Donald Trump.

It’s a matter of faith among both Democrats and Republicans that Hillary Clinton never expected to lose. And there’s certainly plenty of evidence of arrogance and complacency by the Clinton campaign. But Steele’s reply offers evidence that some people in the Clinton campaign had a doomsday plan.

To understand why, consider the unique natures of both the Clinton and Trump campaigns.

The Clinton campaign wasn’t just a candidacy thrown together a year or two before an election. It was Clintonworld, a political network going back decades, an interface between government, charity and political campaigns, with loyalists whose entire careers had been built around the Clintons. There’s been nothing quite like it in American history. And it all depended on one unappealing politician. Hillary. 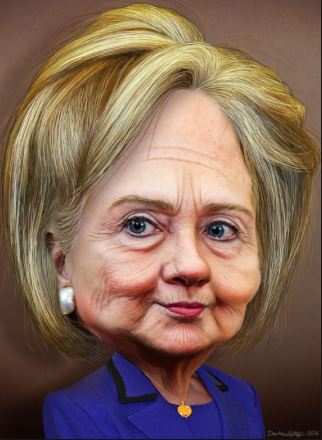 Clintonworld had been badly burned by Hillary’s loss to Obama. The Clinton Foundation wasn’t just about Bill and Hillary. It gave Clintonworlders their own embassy with an international presence, employment opportunities and networking. It was the royal court in exile of the Clintons and it allowed them to maintain an army of loyalists to launch yet another bid for the White House.

A second defeat would be catastrophic because it would kill Clintonworld leaving behind an army of unemployed and unemployable Clintonites with egg on their face after having lost yet another expensive election and burned through another vast fortune of donor cash. And few in the golden halls of Clintonworld wanted to take the fall for Hillary’s poor people skills and lack of popular appeal.

They needed a potential election defeat to be illegitimate even before it happened.

But there was something even bigger at stake. Shortly after Steele got to work on his dossier, Trump was cheering the “Lock her up” chants directed at Hillary. The Clintons had done plenty of things to be locked up for. But Clintonworld staffers knew that Bill and Hillary were unlikely to ever go down. If a new DOJ were to seriously go after them, it would be the minions of Clintonworld who would take the fall.

The Steele dossier became Plan B. A doomsday scenario in case the impossible truly happened.

Was Plan B meant to be Hillary’s revenge by bringing down her rival even if he defeated her? Was it a conspiracy to cripple any possible investigation of the Clintons by instead enmeshing Trump in legal troubles? Was it an excuse to eavesdrop on the Trump campaign? A last ditch effort by Clinton staffers to justify their loss? It could be any and all of the above. But the tactics do reveal certain clues.

The Russia theme enabled abuses like the FISA warrant. Any scandal short of foreign espionage would not have allowed the Obama administration and its Clinton allies to pull off their own Watergate. Being able to eavesdrop on Trump allies was crucial to the conspiracy. But false accusations are also revealing. The accusers tend to slander their targets by accusing them of their own crimes to cover them up. What Trump and his allies have been accused of, is what Clintonworld most feared being accused of.

General Michael Flynn was a special target. The NSC had been abused, and so had to be secured. But one obvious personal reason was the “Lock her up” chants. Revenge is a cliché, but it should never be overlooked when it comes to the famously spiteful Clintons. An ongoing investigation building to impeachment looks a lot like the Clintons seeking revenge for Bill.

Would the Clintons have diverted effort and energy from the campaign to plot a doomsday scenario? We don’t know, but a group in the campaign and integrated within the government certainly did.

There’s been a lot of talk about the ‘deep state’. But anyone who knows Washington D.C. also knows that there are many deep states. Some are ideological, most are careerist. Moving up the ladder is about making the right connections. Political patronage isn’t just a necessary evil, but a way of life. Transactional opportunism defines the microscopic political universe of the city that runs the country.

“Lock her up” was less of a threat to Hillary Clinton than to the people who had been doing her dirty work, and everyone who had been doing their dirty work. Even more than the threat of prison, the fall of Clintonworld was a blow to countless careers. And then there were the Obama people who weren’t invested in Clintonworld, but were concerned about the light being shined under their particular rock.

The Steele dossier was a clumsy instrument, but it got the job done. And if it was clumsy, that may be because no one ever thought that it would be truly needed or ever see the light of day. It was badly made because it wasn’t a priority. But then it was truly needed, and it was too late to fix it, so it had to be put into action as it was, with all its errors and absurd nonsense.

The Clinton campaign spared enough resources to create a post-election doomsday weapon. It built the weapon and detonated it. And the radioactivity from the blast has poisoned our political system.

Dirty tricks are part of politics. But few presidential candidates have the spite and hubris to create a dirty trick that blows up the presidency even when it can no longer benefit them in any obvious way.

After-Christmas Scrooge: "God Bless Us, Everyone"