The United States of America (1787-2018) came to a swift and sudden end last week as the government shut down. The nation which had survived Pearl Harbor, the War of 1812 and Jimmy Carter ceased to exist. 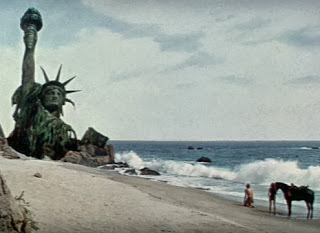 The savage population, which had only been kept in line through a policy of rigorous gun
confiscations, food stamps and lectures on the environment  unleashed its pent up rage in a spree of riots, looting and mass murder that had only previously been encountered in Somalia, Russia and a Walmart in downtown Atlanta.

“The government shut down! We can do anything we like,” shouted Sam Hasbley of Grassley, Iowa, while tearing the tag off a mattress despite an explicit warning label forbidding such a dangerous course of action. “Tear yours off. The government is shut down. It can’t stop you.”

Eyewitnesses spoke of further horrors. On a quiet street in suburban Massachusetts, a man brought out a set of highly illegal lawn darts. In Maryland, there were allegations that an entire family had begun digging ditches to collect rainwater runoff. In Alabama, a farmer fed his hogs homegrown lettuce that had been certified by the state, but not by the Federal Trilateral Hog Commission

With the fall of the government, citizen activists took it upon themselves to chronicle the culture of lawlessness. Men heated their homes with coal stoves. Women bought cold medicine without a photo ID. Children went hours without hearing lectures about the environment.

The victims were many.

In Chuckolod County, Colorado, a transgender person was denied access to the Ladies Room. Frantic calls to the Justice Department were forwarded to an answering service in Depar, India, instead of Doneparre City, Indiana. In Brooklyn, New York, an overweight Iraqi woman was unable to obtain a sign language interpreter while waiting on line to collect her free Obamaphone. In Olegon Falls, Florida, the National Museum of Native American Yarn was forced to shut down depriving schoolchildren of an educational experience and three hours throwing bits of yarn at each other.

And there was worse to come.

The entire city of Detroit was seized by the Michigan Militia backed by Canadian air power. The village of Frankfurt, Illinois passed several ordinances in explicit violation of Title MXVIII of the Federal Charter of Approved Fruit Naming Ordinances. North Dakota seceded and declared that it was now the nation of Bismarckia, elected a Kaiser and petitioned to join OPEC. 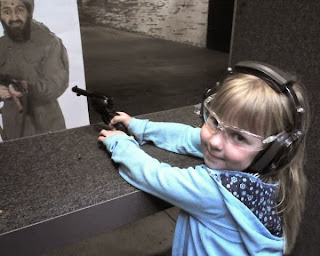 An army of Mongols or possibly local residents dressed in Samurai helmets raided the Federal Dried Peach Reserve in Georgia hauling away thousands of tons of dried fruit and tossed them to waiting crowds. The end of food stamps in Mathomat, New Jersey led to an outbreak of cannibalism despite efforts by Planned Parenthood volunteers to bring order to the proceedings by soliciting volunteers to give up their privilege and be fed to the people.

In Massey Hills, Virginia, a gang of politically incorrect sports mascots entered a workplace and implicitly hurt the feelings of several minorities. In Portland, Alaska, attempts to resettle Syrian ISIS members in a town gymnasium led to the refugees instead being eaten by formerly protected wolves.

In Madison, Wisconsin, the entire United Organized Educators and Librarians Union attempted to commit mass suicide on the front lawn of the Madison Center of Union History to protest budget cuts and school closings. Their efforts proved in vain when the gasoline they poured on themselves in a failed attempt at self-immolation turned out to be apple juice.

In Caplow City, Maine, President Gerald Ford, long thought dead and believed to have been buried in Michigan, appeared and declared himself to be the nation’s new leader. While some suspect him to be an impostor based on the plastic texture of his mask which has a hastily erased message reading “Impeach Nixon” on the side, the city fathers have chosen to embrace the possibilities offered by Emperor Ford and have set him up in style in a presidential palace on the eight floor of the Caplow Arms Hotel. 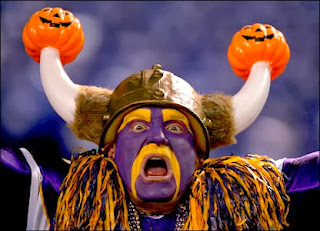 In the midst of all this chaos, a weary nation’s eyes turn to Washington D.C. But since the shutdown, which also shut off all power, water and press releases to the embattled city, no word has reached the outside world of what is taking place there. The last message was a smoke signal dispatched by Elizabeth Warren from the roof of a burning Capitol Building. An expert in Native American smoke signals decoded it to read, “I told you so. Now we’re all doomed.”

The only surviving member of the national government outside the dead zone is believed to be Rep. Alexandria Ocasio-Cortez who floated to safety down the Potomac on a raft made out of the bodies of the other members of the Progressive Caucus.

She has since chosen to communicate only in horrified whispers and Instagram glamor shots.

As the nation descends into chaos, one thing is clear. The government shutdown has once again doomed us all. Just like the last 18 times.