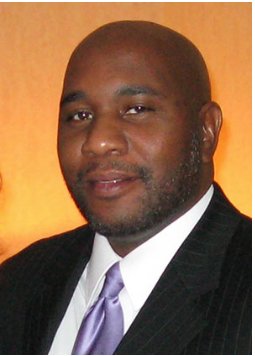 Although President Trump threatens to shut down the government again if a budget deal that includes border protection funds can’t be reached in three weeks, we may have seen the last gasp of closing the government for political leverage.

The longest government shutdown unwittingly revealed the secret to defeating shutdowns, and it’s not the obvious.

It wasn’t the stream of stories and images of government workers worried about paying their mortgages and putting food on their tables that were peddled by liberal politicians and their media allies. No sensible American faults these workers for their fears. To have a steady paycheck disrupted for who knows how long can be incredibly upsetting. I had the utmost sympathy for them.

However, when I was a Senate staffer, I joined – and still belong to – the United States Senate Federal Credit Union. There, fortunately, weren’t any governments shutdowns while I was a Senate employee, but I have been bombarded over the years with credit union emails about “special assistance for furloughed government workers” when they have occurred. Like me, there are many current and former federal workers belonging to one of the many federal credit unions. I’m positive they received and took advantage of these short-term financial assistance offers.

My congressman also sent letters to local utilities, encouraging them to avoid shutting off services or charging late fees to struggling federal workers. Private businesses and citizens also chipped in to help them stay afloat during the shutdown. This is not to say there weren’t hardships for furloughed workers, but to illustrate that resources were available for them.

The leverage that really ended the shutdown came from how federal workers used their power to retaliate.

What ultimately ended the shutdown was when a significant number of air traffic controllers and ten percent of TSA screeners began calling in sick. Flights were delayed and canceled at four of the nation’s busiest airports. TSA lines swelled. Air traffic controllers rebelling against their lack of paychecks was the straw that broke the camel’s back.

Americans will tolerate politicians acting like petulant children using people as political pawns in the short-term, but it’s a bridge too far when you start disrupting the public’s air travel and a major source of our economic prosperity.

Many believe the three week window President Trump gave Congress to come up with a plan he can support is just a temporary pause from what he really wants to do, which is to declare a state of emergency to build his wall. But the President seems to have lost his leverage when he agreed to the temporary reprieve.

There’s no stronger advocate for a border wall and enhanced border security than me, but there are two arguments against a state of emergency. One, if a state of emergency is declared, it means no agreement was reached between Speaker Nancy Pelosi and Majority Leader Mitch McConnell. This means another partial government shutdown is likely, and the air traffic controllers and TSA screeners have proved themselves powerful enough to break a shutdown.

More importantly, declaring a state of emergency sets a dangerous precedent for future liberal presidents to declare emergencies for their own priorities. And they won’t likely have as tenacious opposition as President Trump has experienced. That’s also why I’m against senators using the “nuclear option.” When liberals someday retake the Senate, Pandora’s Box has already been cracked open.

Speaker Pelosi and President Trump took massive hits to their approval ratings during the latest government shutdown, but the media obviously declared Speaker Pelosi the big winner. Pelosi’s and the liberals’ saving grace was having the media and government unions in their pocket to put their liberal spin on the shutdown. It’s a shutdown I predict will be the last one for quite a while.

Christopher Arps is a member of the Project 21 black leadership network.

Christopher Arps, a member of the Project 21 national advisory council, is a managing partner with the digital media and political consulting firm Capitol Consulting Group LLC. He is also the co-founder of Move-On-Up.org, a 43-state network of conservative and moderate black Americans.

Lemons (Not Apples) For the Yellow Journalism Teachers