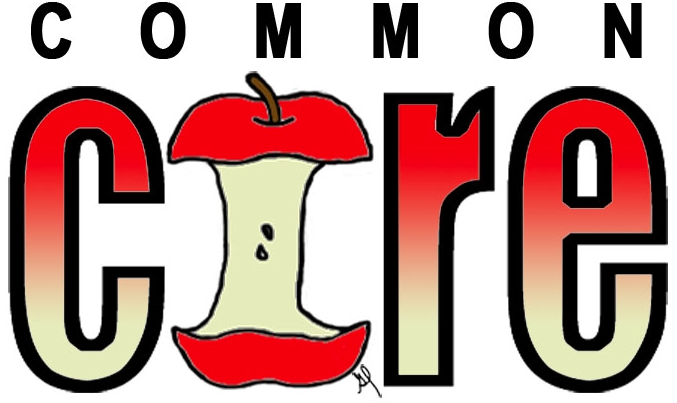 I spent much of the time between 2010 and 2014 digging deep into the origins and purposes of the so-called Common Core Stare Standards (CCSS) and found that there is more disinformation and fear surrounding these educational standards than there is fact. That is no small wonder when we consider all the possible ramifications of urgings, bribery, and other federal “incentives” that attached themselves to the effort to get more and more states to sign on to adopting said standards.

When first conceived, the effort to develop a uniform set of educational standards in math and English Language Arts (ELA) was almost entirely funded by private interests – Microsoft (via the Bill and Melinda Gates Foundation) and Pearson Publishing (a British educational publisher with a division here in America). Let’s think about that for a moment. Two funding sources deeply involved in creating and selling textbooks, software, and other materials used in America’s classroom spend millions of dollars to facilitate a program that would alter and simplify these entities’ ability to market a single product to fifty different state school systems without any concern that those materials would have to be edited to comply with differing state standards for these two subject areas. The savings would more than pay for itself in short order.

So now we are getting somewhere. Many others saw CCSS as some sort of conspiracy on the part of the Obama Administration to wrest control of the states’ responsibility for public education so that Obama’s left-wing views could be further introduced into our classrooms to indoctrinate our kids to a sort of one-size-fits-all world more suitable to the socialistic nature of left-thinking politicians. But perhaps there is something a little more mundane happening here.

The Gates family, Microsoft, and Pearson also happen to be supporters of Barack Obama and the Democrat Party as a whole and have contributed handsomely to Obama and other Democrat politicians. Does it not make perfect sense that the “encouragement/enticements” implemented by the Department of Education might have something to do with nothing more than doing a favor for a big-name donor who financially supported one’s campaign for office? After all, it’s not like the federal government ever made it mandatory for states to adopt CCSS. What the Obama Administration did was dangle the carrot of additional federal education funding in the form of grants if states took the plunge and signed on for CCSS. It turns our that nearly all grabbed the carrot without realizing that they were opening a can of worms in exchange for one-time grant money.

On top of that, they really didn’t get much for their servitude. Using West Virginia (WV) as an example since that is where I did my deep dive into CCSS, prior to adopting CCSS in June of 2010, WV had their own standards that, when compared to CCSS, were approximately eighty percent identical. The other twenty percent that changed was confined to clarifications of the expectations in a variety of areas, but substantially made little difference to the expected outcomes. At my request, an analysis and side-by-side comparison of the two sets of standards was undertaken (I love the FOIA and a friend in the West Virginia Department of Education) to confirm the similarities and differences.

The one thing that is completely absent within the CCSS document (the actual standards rather than what many believe CCSS to be) is any direction or even guidance regarding how Math or ELA is taught. The fundamental difference between Standards and Curriculum is that the former states how much a student needs to know at the end of each grade level. The Curriculum is the “what” and “how” of getting the student to be able to meet the standard on time. And therein lies the misguided thinking that equates the “CCSS Math” with the CCSS itself.

Recall that Microsoft and Pearson also produce packaged Curriculum and the only way they can keep selling more and more of their products is by coming up with new ways of doing the same thing so that their product never saturates the market and never gets “dated.” The little gnomes that come up with these “new ideas” in curriculum came up with these new methods of teaching math to keep things “new and innovative.” Because all these states were seeking to bring their curricula up to a point where they result in students meeting the CCSS requirements, they would simply jump on any product that saves them from having to create their own math program and any product that was already “CCSS-approved” or “CCSS-compliant.” The publishers quickly slapped those stickers on the fronts of their advertising pages and it was like dangling a fat juicy worm in front of a trophy bass. Teachers and school districts snapped up these new products like hot-cakes.

That, my friends, is how we wound up in a world where 2+2 might equal 5. It was a brilliant marketing ploy that worked so well that nine years later, we are still wondering how all these teachers and schools got duped into something that makes no sense at all but sold a huge amount of products that made Pearson and Microsoft millions of dollars. Yes, Obama helped, but cheap packaged curriculum lured to lambs to the slaughter.

This was no government conspiracy, nor does it have anything much to do with any attempts to “dumb down” our children or keep parents from helping their kids with heir homework. It had to do with money and marketing.

There are actual hidden-camera videos of Pearson employees acknowledging much of what I have stated here on the web as to the reasoning and purpose of CCSS and the falsely labeled curriculum packages they continue to sell to this day. Considering that there is no entity in existence that can “certify” a product as “CCSS-compliant” or “CCSS-approved” these labels are a slick ploy to attract customers; nothing more.

Since I was involved, CCSS has been disavowed by WV and they have reworked their standards (that twenty percent attributable to CCSS, anyway) and have made the method of teaching math completely up to each individual school district to decide. Has it erased all traces of the “new math?” No, not completely. I still hear complaints coming from different parts of the state. The state does not dictate curriculum in WV so that is left to the districts to decide.

The only way that the last remnants of the bogus teaching methods created as an outgrowth of the CCSS can be stripped from our schools is through a concerted effort on the part of parents to educate themselves about how we got to this point and that they truly have the power to influence what happens in their schools. That takes effort and commitment. Before you can argue against something, you need to know why it is wrong or deficient. The math nonsense is a fad like the old “new math” was back in the 70s or 80s. Short-lived and gone. You can get rid of this fad, too. Now, go do it!