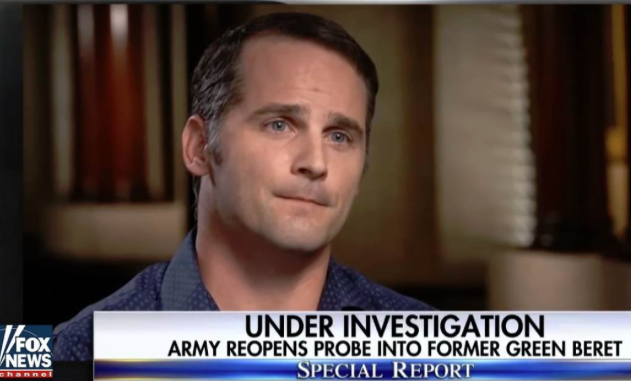 O.K. this one may well get me into a lot of trouble, but I can take it, so fire away if you don’t agree.

First let me point out that if you don’t agree with me, you are telling me and the rest of the world that you do not support the U.S. Constitution, you do not support using evidence as a basis for determining appropriate punishment for criminal acts.

That having been said, here it is. I do not, based on the publicly available evidence see any reason that the military’s decision to convict Major Matt Golsteyn of murder should be altered in any manner.

Again, based on the published information, Major Golsteyn was initially investigated regarding the death of a suspected Taliban bomb-maker in Afghanistan and all charges were determined to be without sufficient evidence to sustain them. It is important to note that there was no substantive evidence at the time that the victim was, in fact, a bomb-maker. Major Golsteyn claimed that he was justified in killing the man because he could not live with himself if the individual subsequently took action to kill innocent Afghans who were assisting and cooperating with the U.S. military’s efforts to defeat the Taliban.

At some point, more recently, Major Golsteyn was interviewed by a member of the media during which he voluntarily disclosed that two of his team had been killed by a roadside bomb shortly after the bomb-maker was apprehended. According to Golsteyn, he took the bomb-maker out into the desert, executed him, and buried him there. He has also admitted to later digging up the body and burning it to prevent identification or possibly detection.

Subsequent to that interview, the Army re-opened the case and court-martialed Golsteyn on a charge of murder. The court returned a verdict of guilty. Should there be any surprise that this situation played out the way it did?

An advocacy group has been trying to make the case that Golsteyn was made into a scapegoat or was the victim of politically correct views of how the war should be fought against the Taliban. While I would be near the front of the line when it comes to acknowledging that the Taliban and everything about militant Islam is evil and worthy of destruction, I also believe there is something to be said for not sinking to the same levels of barbaric behavior displayed by our adversaries. We managed to come out of World War 2 victorious over the Imperial Japanese Military without sinking to the depths of depravity that were seen in their internment camps and their tactics on the battlefields of the Pacific. We did not mimic the actions of the Third Reich either. We still won.

Becoming like one’s enemy might be a good tactic when it comes to mental reasoning and strategy but at the individual level, it can be both counter-productive as well as destructive to moral and honor among our military.

The act of summary execution of an enemy combatant when there is not necessarily any direct evidence that the individual had any direct connection to the bomb that killed his teammates flies in the face of our country’s military standards and traditions. There is also the fact that the alleged bomb-maker may very well have provided meaningful intelligence had he survived long enough to undergo interrogation.

The bottom line appears at this point that Major Golsteyn took it upon himself to execute a suspected combatant without direct evidence of him being guilty of any specific act rather than bring him in for interrogation and confinement. Had he done what was expected of him he would not be in his current predicament. His own admissions are what changed his case from iffy to a valid case of misconduct. When we lower ourselves to the standard of barbarians, we cheapen the entire reason we are sacrificing our young men trying to liberate the people of Afghanistan from the grasp of the Taliban.

The last thing we need to do is to invalidate the judgement of the court-martial simply because we think the victim was deserving of the punishment. When we reach that point, we are also sending a message to the rest of the officers and men of our military that we are just as barbaric as our enemy and summary execution without direct evidence should become standard operating procedure. President Trump should not intervene in the case of Major Golsteyn unless there is evidence that the military court failed in its duty to ensure a fair trial. In this case, at this point, that is doubtfully the case.