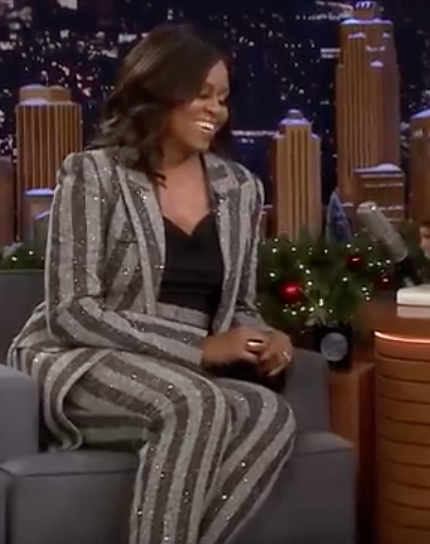 One of those special moments, when a politician opens up their mouth and shows the world their true colors, took place on the Tonight Show with Jimmy Fallon Tuesday night.

I watch the Tonight Show fairly regularly as Jimmy Fallon is one of the few late night talk show hosts that is still entertaining and not all about politics and bashing Trump. Usually I’ll skip nights where his guests are Democrat politicians or super lefty anti-Trump celebs, even though he keeps a lid on things. Tuesday’s guest was former First Lady Michelle Obama, making an exception, I decided to tune in. I’m glad I did.

In that short interview I saw the disrespectful and catty behavior of a former First Lady in commentary about the day her and Barack left the White House – also President Trump’s Inauguration. She made reference to the “Bye Felicia” joke, made a face and a sly comment about the Tiffany’s gift that Melania gave to them that day. While awkward and out of protocol, such lack of graciousness and appreciation for the kind act of Mrs Trump, regardless of politics and political differences, shows poorly on Michelle’s character. It’s behavior though I’ve seen before with her and which doesn’t surprise me. She lives up to the elitist reputation she has with many people (a fact the media won’t tell you). It’s ok though, many of us attending the Inauguration made faces too and cheered as Marine One flew the Obama’s out of DC. A wonderful sight for us all! 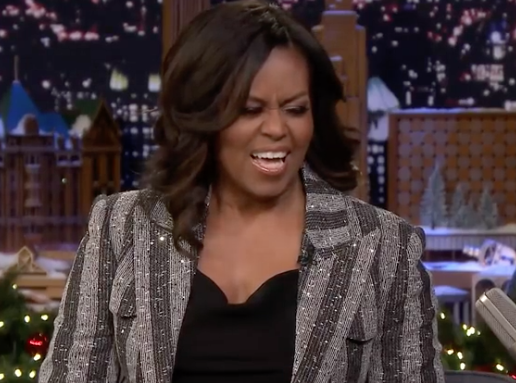 Back to the Tonight Show, that wasn’t the real doozy of the night.  Talking with Jimmy Fallon about her daughters, Michelle joked that Barack’s main motivation to win his second term was to ensure that his daughters would still be protected by “men with guns” through their teen years.

Think about that. Let that sink in.

This is President Obama we are talking about here. The same President who took advantage of every and any tragedy to attack gun owners and gun rights. During his 8 years in office he did everything he could to restrict Americans rights to protect their teenage daughters, themselves and their entire families by trying to restrict gun rights and trying to chip away at the 2nd amendment. Yet “guns” seem to be just fine if it’s protecting his daughters!

I always love moments like that when politicians and public figures expose themselves for what they truly are and what they truly believe. In this one statement Michelle revealed quite a lot, not only about her and her husband but about their ideology. Michelle and her husband are a great example of elitism at its finest and hypocrisy at its very worst. What’s good for her and her family, she will take away from you. What protects her family is ok but isn’t good for your family. Her and her husband will preach to you about gun violence and how bad guns are – remember those terrible people who stick to God and Guns – while they take advantage of the benefits of what they want to deny you. It’s one of the most dangerous aspects of a politician and government. One that will take rights from it’s citizens, at the same time they benefit from those same rights. In this case, not only do they benefit from rights they demonize and think average citizens should be restricted from, its average citizens tax dollars that pay for that protection. It’s the very foundation of tyranny.

They aren’t the only only ones. Just take a look at many Democrat Senators, celebrities and more. They will tell you and your family that you should not have the right to protect yourself, while they walk around with armed security, some even owning firearms themselves.

Don’t expect though to find any coverage on this in the MSM though. The MSM are part of the same elitist group with the same hypocritical mantra. They will be too busy distracting you from the real threats to your liberty, screaming about Trump and Russia, while praising/covering for their fellow members of the swamp like the Obamas.

Daniel Greenfield: What the Russian Trolls Were Really Doing in 2016

Daniel Greenfield: 20 Years of Muslim Terror in the "Capital of Christmas"