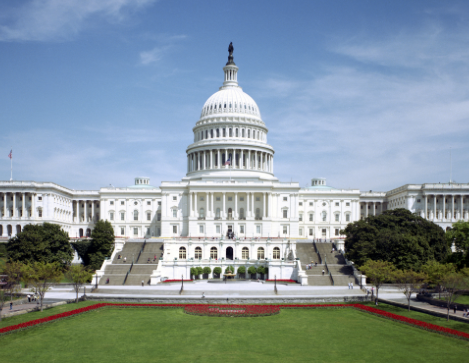 During this last election in California our ballot showed only two Democrats as candidates for US Senator—no Republicans, no independents. Making matters even worse was that the system would not allow write-in votes, which has been a privilege exercised by the voters since the beginning of this nation. The change was due to the Democrats modifying the primary system so it would allow only the two top candidates from the primary to enter the general election. Properly exercised, this modification could, and did, eliminate their republican competitors at the primary level. This system, when combined with the state’s lack of voter identification, unverified mail-in ballots and unconstitutional sanctuary policies, may be good for their party, but it is posing a danger to the entire nation as it poisons the federal government with new officers from the enterprising faction. The Federal Government must step in and stop this before it is too late.

The Feds have the obligation to do so since our Constitution gives them that power. In Article IV, Section 4 is the following text, which is the ONLY guarantee in the Constitution:

“The United States shall guarantee to every state in this union a republican form of government, and shall protect each of them against invasion; and on application of the legislature, or of the executive (when the legislature cannot be convened) against domestic violence.”

This Section of the Constitution is important. The writers understood that it made little sense to have a nation comprised of states with different forms of government, such as monarchies, mob-rule democracies, dictatorships or aristocracies scattered across the nation, because those rogue governments would eventually deliver officers to federal positions that would bring chaos and eventually dismantle the republic. For a symphony of governments to work, they must be reading from the same sheets of music—they must be the same forms of government: republican. This is why the founders provided a guarantee, not a suggestion.

Many people have not heard of this section of the Constitution, which may end up being more important than our Bill of Rights.   It gives the federal government the power, and the duty, to properly deal with rogue states. One Senator, Charles Sumner, called it “a sleeping giant” back in 1867.

Sumner’s name may be familiar to some of you. Senator Sumner represented Massachusetts in the mid 1800’s and was vigorously anti-slavery. He often got personal in his remarks as he debated pro-slavery senators. One time in 1856 he went too far in his depictions of South Carolina and its slave owners, insulting them by inferring that some slave owners used their slaves for sexual favors. Those were fighting words.   Shortly after the speech he was confronted by Representative Preston Brooks, who walked up to Sumner on the Senate floor and proceeded to beat him severely with a gold-headed cane. During the assault the cane broke from the strikes on Sumner, yet Brooks continued to beat him to unconsciousness with what was left of the cane. It took months for Sumner to recover. But slavery is now history, and we now face another serious problem with Sumner’s “sleeping giant” ready to strike at the wrongdoers.

You may wonder why I brought that up. California leads the nation in debt; it has put a greater obligation on the future than any other state. Many people call this “debt enslavement,” as the future citizens will have to work for the benefit of others without getting a penny for their work; that is slavery. The beneficiaries of this process will fight all they can to maintain their unearned income, be it pay or other gifts from the government treasury. Expect them to fight with great vigor, even if everything they want is ill-gotten—just like Preston Brooks did.

Despite what it says on its flag, California is not behaving like a republic; it is behaving like an unrestrained popular democracy that continues to lose respect for our constitutional government. California is either horribly managed or brilliantly mismanaged, depending on your political point of view. On one hand, many politicians, state officers and various government employees have gained wealth despite their state sinking in debt—at least they are working. But many people are not; they are finding shelter and comfort in the state’s welfare, care and sanctuary programs.   On the other hand, the national debt clock lists California’s debt at over $420 billion, with other estimates soaring to $1.3 trillion, yet the Democrats were bragging in their campaign ads that they were balancing the budget. Nearly a tenth of its 40 million residents are on welfare, the infrastructure needs work across the state, a need that is largely ignored, and, while the Los Angeles area drivers swelter in traffic jams that take two hours to drive forty miles (in the diamond lanes!), the government is ignoring the freeway system as it pushes billions of dollars on a high speed rail between San Francisco and Los Angeles. The cost of that project has more than doubled from $33 billion to $77 billion, with an expected completion date of 2033. Any rational individual knows that the cost will grow far beyond its last estimate.

Some events in California are not going to stay there—they will affect our nation. The results of this last election will change their representation at the federal level, largely due to the appearance of thousands of provisional and mail-in ballots after the polls closed. Republicans who had led by thousands of votes at the end of election night ended up losing as the the new boxes appeared; virtually all of those votes were for the Democrats.   Investigations are being conducted as claims of various types of fraud circulate in the news and Internet.

Something is rotten in California, and it promises to poison the federal government. The Feds must act. But in doing so, they will run into a string of arguments that promise to delay the process, the biggest of which will be the definition of a “republican form of government.”

In studying the founder’s concept of a republic you will enter a maze of differing opinions. Many of their writings claimed that a republic would involve the will of the people, which may have been to ease the public fears of an overly-powerful federal government as the states debated ratification. James Madison, in Federalist 10, defined a republic as a form of government “in which the scheme of representation takes place,” and then offered the system as a cure for the power of a faction because the representatives would tone down the energies that popular movements always create. Well, that was the idea, but times have changed and the electorate has totally changed from Madison’s day, when the people had fought for independence instead of dependence.

Despite all the arguments concerning the definition of a republican form of government, there is one clear point about what a republican form of government is not: a government that caters to the demands of an unrestrained majority. The founders loathed the idea of a government answering to popular will alone, unencumbered by history’s warnings of horrible debt, sinecures and redistributions. Madison stated that “democracies have ever been spectacles of turbulence and contention; have ever been found incompatible with personal security or the rights of property; and have in general been in short in their lives as they have been violent in their deaths.”

It is getting to be high noon as the beneficiaries of this last election ready themselves to take their federal offices.   A party that has benefited from slamming the future with outrageous debt and disregard for our constitutional principles—and flat-out lying in their oaths of office—is ready to fight against everything and every one who believes in prudent government.  For years too many people have been unconcerned with the federal and state debts, which has continually fueled the liberal faction throughout this nation. We are now at a point where it is best to use good management to solve the problem instead of succumbing to a financial collapse.  Only a patriotic energy, coupled with a constitutional focus, can pull the reins on the state’s move to more debt and eventual anarchy.  It is time to address the issue.  Expect a fight and do not shrink from your duty when it starts.

Daniel Greenfield: Israel and the Structural Discrimination of the UN

Daniel Greenfield: What the Russian Trolls Were Really Doing in 2016