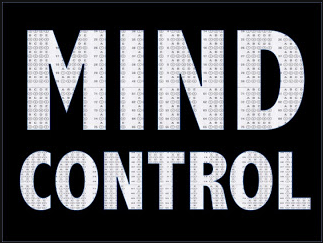 A letter to the editor in a Parkersburg, WV, newspaper questioned the objectivity of a local middle school. So they invited an outside entity to provide an eighth-grade student assembly with a climate change presentation declaring that changes to earth’s climate were becoming catastrophic and that mankind’s use of fossil fuels, producing excessive amounts of carbon-dioxide (CO2), were the cause. No other viewpoint was presented at the assembly.

A recent PolitiChicks article chronicles the use of test questions intended to suggest that it is acceptable for parents of possible Downs Syndrome children to abort the pregnancy because of that disability. The test question was presented to students at least three times during the school year.

And let’s not overlook the many examples that have been reported on the inaccuracies and distortions that have infiltrated the textbooks and classroom hand-outs relating to the history of our country. Most have turned a proud history of advancing individual freedoms and improvements to the standard of living in America into a nightmare described as a violent history of conquest, slavery, and discrimination that provides no redeeming social significance to the entire American history.

These examples are by no means comprehensive, but they illustrate what I believe is a significant part of the problem that we face with failing public education in America.

When our country was young, the local communities built, staffed, and managed the operation of local schools. Parents and local citizens did the hiring of teachers and fired them when they were found to be sub-standard or incompetent.

What was most important to the parents and citizens was that their children received a basic education in the things that would make their life better. Subjects were limited to the “Three R’s” – Reading, Riting, and Rithmatic – with some basic history and geography thrown in for good measure. Most kids left school earlier than is required these days because they were needed on the family farm or in the town store or livery stable.

Times have changed and things like STEM subjects – Science, Technology, Engineering, and Math – have been added to the list of subjects that are deemed necessary for today’s students to be prepared for a college education or the workplace, but they are still academic subjects.

However, instead of focusing the curriculum of the schools on these newer subjects along with the basic ones that have been the backbone of an excellent education in the past, classroom instruction time is being whittled away little by little – wasted, some might say – on things like the questions regarding abortion, the propaganda of man-made climate change, and the distorted history of our country, it’s government, and the force for good that it has been in the world.

Oh, and let’s not leave out the “sex education” that has been twisted into advocacy for early experimentation, abnormal lifestyles – choices that can cause serious emotional stresses and potentially fatal self-doubt – not to mention the ideologies that denigrate capitalism and equal opportunity in favor of socialism and equal results regardless of effort.

With all the time spent on these efforts to indoctrinate our children to reject everything good, wholesome, and beneficial for them and our country, is it any wonder that the younger generations in America are beginning to accept the concept that individual freedom and personal responsibility are passé’ and socialism is a better system because everyone is treated the same and equality is owed to them? Are we surprised that academic achievement is suffering because of it?

How did we get here? That is simpler to explain than where we are. Around the same time that Woodrow Wilson ushered in the Progressivist view of government the Fabian Socialists of Europe including figures like Dewey and Zinn came to America with one focused intent. Introduce the schools of America to the concepts of the pre-cursors of communism. After all, Progressivism is just a slower, more peaceful means of implementing communism than the violent revolution of 1917 Russian that gave us the U.S.S.R. Look into any of the foundational documents of Marxism, socialism, or communism of any sort and you will find among the basic tenets that controlling and directing the minds of the youth/children at an early age will produce loyal followers for generations to come.

As the decades of the 20th century passed by, our institutions of higher education became infested with the likes of radicals such as Bill Ayers, Bernadine Dorne, Saul Alinsky, and others who perfected the ability to legitimize these fundamental tenets and successfully indoctrinate the future teachers to believe that their ultimate objective should be the molding of young minds to believe in the need for “fundamental change” in America. Part of that job – continuing virtually unchecked at present – is to break down the belief in family, faith in God, loyalty to country in favor of the belief that government knows best and should decide what is right for all.

Because these shifts in the values taught in our public schools and far-left-leaning colleges and universities have been very gradual – and until recently subtle and therefore less obvious – they have been largely successful. It has not helped that parents often no longer attempt to instill traditional values in their children in their early years.

The first generation that was subjected to a more direct attempt at indoctrination were the teens of the 1970s. They are now the elders and the leaders of our country. Their children and grandchildren have been increasingly conditioned to the progressive philosophy and expect government to do more and more to make their life easier while they do less and less to help themselves.

Where this deterioration in personal responsibility, individual freedom, and love of country will end is anyone’s guess at this point. Until those who still believe in our country, its founding principles, and the value of equal opportunity that provides that freedom – freedom our founders fought and died to win – open their eyes to what is happening in our schools and make their voices heard loudly and continually little is likely to change.

The voices coming from the political left are united and getting stronger. Based on the voter participation rate and the results of the 2018 mid-term elections, between thirty and fifty percent of traditional Americans stayed home and did not feel compelled to vote. Your vote is your voice! It would behoove us all to pledge that at the next election we identify at least one freedom-loving American who has not been voting and carry them, if necessary, to the polls to vote. It is that important.

These problems are what is driving a strong increase in home-schooling, private school enrollment, and parental activism among a few. These need to continue to grow and prosper. Our country’s future depends on it.

The Gospel According to Star Trek