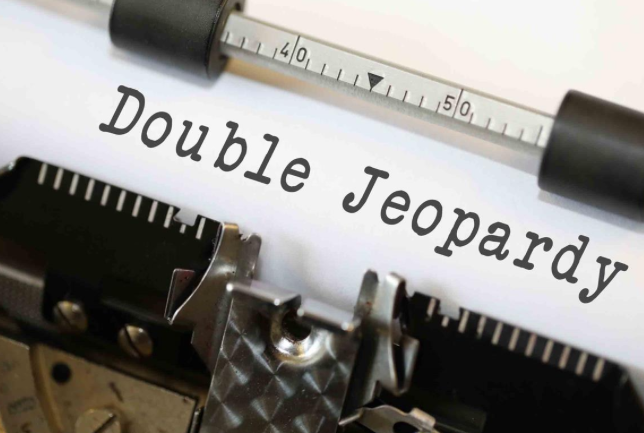 For at least the past 60 years the principle of double jeopardy has been controlled by Supreme Court precedent whereby criminal or civil charges brought by a state can still be charged again at the federal level even when the defendant is convicted in the state trial. The case of Terance Martez Gamble, currently under review in the Supreme Court, who was convicted in state court but then convicted in federal court and given a longer sentence is a complex matter that causes many to pause and think about how we have treated precedent in the past, how the Fifth Amendment should be treated, and what goes on in the minds of Supreme Court Justices.

The case has numerous mismatches – politics (and sometimes the law) make strange bedfellows?

Coupling Neal Gorsuch with Ruth Bader Ginsberg is thought to be a rare match-up. Elana Kagan and Samuel Alito on the same side of an argument seems a bit of a stretch as well. Precedent being a highly discussed issue during the confirmation hearings for Brett Kavanaugh, there is nothing surprising about his defense of precedent in this case suggesting that there must be a showing of serious error before precedent should be overturned.

No person shall be held to answer for a capital, or otherwise infamous crime, unless on a presentment or indictment of a Grand Jury, except in cases arising in the land or naval forces, or in the Militia, when in actual service in time of War or public danger; nor shall any person be subject for the same offence to be twice put in jeopardy of life or limb; nor shall be compelled in any criminal case to be a witness against himself, nor be deprived of life, liberty, or property, without due process of law; nor shall private property be taken for public use, without just compensation. (Emphasis added).

One might see the bolded portion of this amendment as cut and dried, but something called “Dual Sovereignty” appears to be getting in the way of something that should be simple.

Gorsuch and Ginsberg are, in my humble opinion, headed in the right direction with their position favoring individual rights. Given the fears of the citizens of 1787 America – that the government could easily become tyrannical and put them in the same position they so recently extricated themselves from (George III), it would seem reasonable that allowing the federal government to prosecute a crime that was already prosecuted in state court – or vise-versa – would be anathema to those citizens. It would also seem that today’s citizens – conscious as many are of the numerous overreaches and failures of the federal government – would be equally concerned about providing opportunities for the two “sovereigns” to both take a bite from the same apple.

I have, in the past, made some exceptions (in my thinking) regarding some unique situations that come to mind. Foremost among them are cases where firearms are possessed or used in the commission of a crime. In those cases, I had believed that it is appropriate for the federal government to create a statute that provides for a separate offense to that effect and impose additional penalties for the possession in addition to the crime committed which would usually be punished under state laws.

That having been said, I am taking a far more libertarian and originalist view of constitutional matters lately and will suggest at this point a couple salient points relating to this sort of case for your consideration.

– If the Second Amendment is to be taken at face value based on its text, then no federal or state law should exist that in any way “infringes” on the right to keep and bear arms. Infringe is defined as “in any way limits or restricts.” Therefore, The Firearms Act of 1934, The Gun Control Act of 1968, and the Brady Bill (which got us the “instant check” system) and a plethora of state laws are all clearly unconstitutional. Nonetheless, the Supreme Court has decided that “reasonable” restrictions can be permitted, thus muddying the constitutional waters considerably, and

– If a state has a statute that provides for the punishment for unlawful acts involving firearms whereby a person convicted can be punished based on the possession or use of a firearm during criminal activity, then the federal statute(s) concerning this same offense clearly create the opportunity for two swings of the ax for the same crime – the very definition of double jeopardy. In Mr. Gamble’s case, the offense involving firearms was adjudicated at the state level at which point his sentence was two years in prison. Subsequently, the federal courts took another swipe at him resulting in a 46-month sentence (to run concurrently with the state sentence). Because of this second bite, his sentence was nearly doubled.

Following a long, 80-minute, oral argument session, it appears that those who want to keep the door open to prosecution of crimes in both state and federal courts seem to have a fairly healthy majority – possibly as strong as 6-3 to ignore the principles behind the double jeopardy clause of the Fifth Amendment in favor of stronger prosecutorial choice.

Is anyone else beginning to doubt that the so-called conservative majority on the Supreme Court actually exists. It seems certain that the oddest of odd couples (Gorsuch and Ginsberg) have it right. Our entire constitution was constructed to hold sacred the principle of individual rights and protection of citizens from the government. The rest of the court should take heed.

Emery McClendon: Celebrating Freedom in a Country That Seems to Be Throwing It Away