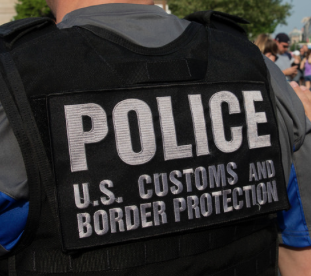 Any time a child dies, regardless of circumstances, is a tragedy that breaks the heart of any decent person. Such is just as much the case when two Guatemalan children died while in the custody of Customs and Border Protection (CBP).

What is nearly as disturbing given today’s political climate is how quickly the legacy media jumps to the immediate conclusion that CBP was at fault in both instanced. The first child was reportedly the victim of dehydration with the direct suggestion that CBP failed to provide the means to alleviate such a condition while the child was in their custody and control. This claim was widely reported by nearly all the major networks hours before any sort of autopsy was conducted or before any of the people directly connected with the child were interviewed by authorities. A presumption was made simply because it fit the left-media narrative that any enforcement of our immigration laws is a bad thing and that “catch and release” (a policy invoked by previous administrations that results in 80 percent of illegal immigrants failing to report for their deportation hearings) is somehow the only “humane” means to deal with the massive influxes of illegal immigrants that have been plaguing our southern border for years now.

The second child died on December 26, 2018, from what is being speculated to be a case of influenza, but no official cause of death has been announced. Again, the media and many leftist politicians continue to spout off their standard talking points that somehow the Trump Administration is negligent in its handling of a crisis or sorts that was and is not of his making but has resulted from years of living with and ignoring some completely dysfunctional immigration laws that have been in effect since the 1980s.

In this second case, like the first, you have a young child – likely without the benefit of any vaccinations against things like the flu and other childhood diseases – being dragged across a desert that takes over five days to cross. It is also likely that the nutrition available to those making such a trek totaling thousands of miles from Central America to the U.S. border, is substandard resulting is a slowly deteriorating physical condition long before reaching the CBP detention center in El Paso, TX. What is truly surprising is that more kids of this young age have not succumb to the many hazards of such a trip.

The personnel of the CBP, ICE, and other federal law enforcement agencies that are charged with keeping our country’s borders secure and our citizens safe from what can only be called an invasion serve their country well and faithfully. I truly do not believe that any of them would be doing this job with any intent to do harm or neglect anyone placed under their protection. The resources available to these agents are limited and often inadequate to the task with which they are charged.

It far past time for this insanity of a one-sided political press to be ended. Whether it will depends on the ability of the American public to restrain itself from believing everything they hear and wait until the facts are known before jumping to conclusions.

It appears that the level of Trump Derangement Syndrome has reached feverish levels among the media and other influential groups and segments of the population. When one considers one fact, it is impossible to deny this ridiculous attitude that prevents much that is good from being done on behalf of the American people. The leaders of the Democrat Party, as recently as in the past five years, have all expressed public support for a wall along the U.S. – Mexican border. Shumer, Pelosi, Obama, and others have all spoken in support of building what has been needed or many years, and yet, President Trump won the election in 2016 largely on his promise to build such a wall that could reduce illegal immigration to a tiny trickle of what it is today. As soon as that election was decided, the resistance to the building of the wall has been “wall-like” and unanimous on the part of the Democrats. There are only two reasons for such a change in stance based on Trump’s election:

1 – The Democrat Party sees illegal immigration as a means to gain voters in future elections and is fearful that securing our southern border with a physical barrier will cut their supply of illicit votes, or

2 – The Democrat Party is still so deranged over their loss of the Presidency in 2016 that they are simply attempting everything in their toolbox to prevent President Trump from fulfilling a campaign promise before the 2020 elections turn into another rout of the Democrat Party. He has done so much to improve America’s economy and trade policies as well as succeeded in making America a force to be reckoned with in the foreign policy area that they cannot allow a domestic victory over illegal immigration if they are to have any chance of wresting control of the government from him in 2020.

There is no other reasonable explanation for such intransigence…and the media does their bidding daily.

UPDATE: Since writing this, a news report from Conservativefighters.org reports that following the initial hospital visit for the second child who died in custody, the father, despite worsening symptoms (vomiting) presented by his son, refused further treatments until CBP personnel overruled the father and took the child back to the hospital where he died a short time later. No explanation was offered for the father’s refusal of further treatment.