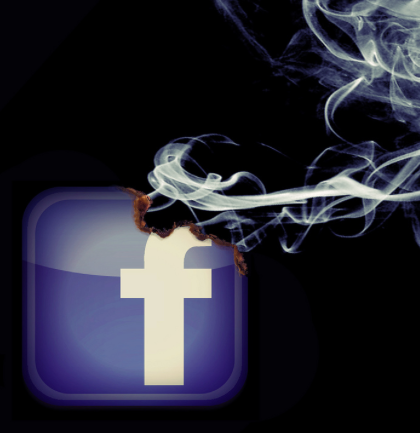 Facebook got its start as FaceMash: a site comparing the attractiveness of female Harvard students. It was then reborn as a social network for Harvard students, Ivy League schools and then everyone.

More recent surveys showed that the average Facebook user in the United States is 40 years old. That makes Facebook users less likely to start stupid viral trends, those tend to come from younger social media apps, some owned by Facebook, and more likely to be deeply engaged in politics.

Mark Zuckerberg had created a company to appeal to college students who wanted to rate the cutest girls on campus, but is instead stuck with a monster worth hundreds of billions (that number will continue fluctuating with media hit pieces) used by people with actual jobs to share family photos and talk politics. And it’s the politics part, not the baby photos, that’s turning the heat up on Zuckerberg.

Despite the hundreds of billions of dollars, the marriage, the language lessons, the awkward tour of America, Zuckerberg is still on some level the drunken college kid who got in trouble setting up a site to rate his classmates. He doesn’t understand the stakes of the game. As Facebook aged, it became an unwanted gatekeeper for global politics, instead of for teens doing viral challenges.

And though Zuckerberg has given the media some of what it wants, allowing its “fact checkers” to censor certain trending conservative stories, he hasn’t allowed Twitter’s wholesale censorship.

Zuckerberg was told he had to clean up Facebook after Trump’s victory. He failed to do it. Now the Left and its media apparatus is coming for the heads of Facebook leadership. The endgame is to inflict punishing harm on Facebook’s valuation, forcing the company to replace its leadership with media types who will lock down Facebook and make it a safe space for the media and for its political agenda.

Facebook’s problem, the media insisted after Trump’s victory, was ‘fake news’. And ‘fake news’ was anything that didn’t come from the media. Or whose content the media didn’t like.

Michelle Goldberg in a New York Times call for regulating Facebook was more direct, “Without Facebook, Donald Trump probably wouldn’t be president, which is reason enough to curse its existence.”

Facebook has been blamed for nearly every populist movement that the Left hates, from Brexit to the victories of Duterte in the Philippines and Bolsonaro in Brazil, Buddhist protests against Muslim violence in Myanmar and the Yellow Jacket riots in France. None of these media hit pieces address the fact that Facebook is just as responsible for successful populist movements that favor the Left, and that social media is an agnostic political tool anyone can use because that is the whole point of the Facebook wars.

The Left doesn’t want anyone to be able to harness the social media tools of populism.

Censoring Facebook is about suppressing political dissent while promoting lefty political speech. And the best way to do that is to turn the media into the gatekeepers of what can appear on the internet.

Many of these hit pieces targeting Facebook came out of BuzzFeed, a viral site that had gotten big by barraging Facebook with listicles and memes, but that had transitioned with Facebook’s aging demographics into the realm of serious politics.

BuzzFeed was uniquely vulnerable and obsessed with Facebook’s algorithms. Jonah Peretti, BuzzFeed’s boss, has proposed battling Facebook by merging lefty viral trash sites like BuzzFeed, Vice and Vox together. BuzzFeed’s obsession with Facebook revenues captures the corrupt intersection between politics and profits that is at the heart of the media’s war against Facebook.

George Soros and his ilk want to regulate Facebook because they fear the power of populism. They see the media as a politically reliable entity pushing the public leftward while restraining blowback. The media wants to regulate Facebook because it offers too much scope for uncensored political dissent, but also because regulating its key distributor will lock in a business model that can assure its future.

Facebook became the dog and the media the tail. The media dog wants Facebook to be its tail.

The situation grew direr as digital lefty media’s revenues turned shaky. It’s why BuzzFeed is talking about a merger with Vice and Vox. Lefty media is already heavily subsidized by the huge companies that are making a fortune from the internet. The Washington Post is owned by Amazon’s boss. AT&T owns CNN and helps subsidize Vice. Verizon owns the Huffington Post. Netflix helps subsidize Vox. Facebook’s co-founder Chris Hughes took over New Republic and turned the former liberal magazine into a trashy leftist clickbait blog that runs stories like, “Facebook Betrayed America”.

The media wants to transform Facebook’s political and business models. Its campaign is backed by lefty billionaires like George Soros, who likely see both political and financial angles in taking over Facebook.

Facebook has made concessions to the media mob, but it hasn’t given away everything. If its user base was still in college, it could censor more freely, but an older user demographic is also a more conservative one. As Facebook’s base aged, it also became more conservative. And the brand of comprehensive censorship that the media mob demands would destroy Facebook’s viability.

The new wave of media attacks is forcing Facebook to consider whether it would lose more value from the hit pieces or from defenestrating its user base. As tech stocks decline, the companies have become perfect targets for pressure campaigns. Facebook became the first company to lose over $100 billion in one day. That’s the atmosphere that explains why the pressure campaign was suddenly turned up.

If Facebook is ever going to be rolled, now’s the time.

History is rich and rotten with examples of radicals devouring their own clueless enablers. Silicon Valley is filled with companies that have enabled political radicals. The drivers of Porches, BMWs and Teslas with Bernie 2016 stickers on the back don’t really think that their money will be affected.

The media began its war on Facebook by accusing it of hosting fake news. Now it’s fighting Facebook with false accusations of rigging elections, causing genocide and aiding right-wing populism.

The truth behind the fake news is that it’s about power and profits. The real enemy isn’t Facebook, it’s what it represents, a more open internet in which people aren’t passive consumers of CNN broadcasts and New York Times editorials, but get to choose what they watch, read and listen to. It’s a world of cable cord-cutters and social sharer activists who distrust the media and make up their own minds.

And it’s not an environment that can be controlled except by banning the political opposition.

The Great Facebook Wars are not just about one company; they’re about the structure and nature of the internet. They’re a bid by the media to reclaim a totalitarian top-down business model that has no place in the modern digital age and that cannot be maintained except through a totalitarian regime.