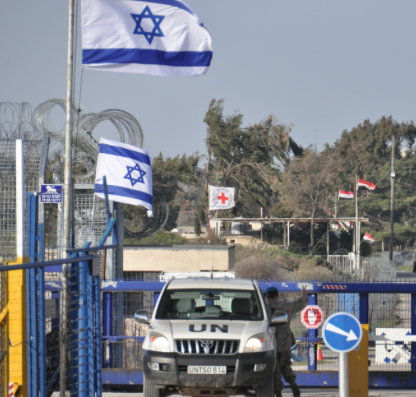 What do Cuba and Iran, Venezuela and Qatar, Vietnam and Somalia, and China and Pakistan have in common? They all voted to protect Hamas, a genocidal Islamic terrorist group, at the United Nations General Assembly against a United States resolution condemning “Hamas for repeatedly firing rockets into Israel” and for abusing civilian infrastructure to attack Israel instead of dealing with its supposed humanitarian crisis.

Muslims condemn terrorism. But they do so in general terms while supporting it in specific cases.

65% of the pro-Hamas votes came from majority Muslim nations.

Another 5 of the votes came from Muslim minority countries: Mauritius, Suriname, Nigeria, Congo and Mozambique.

That means 74% or three-quarters of the pro-Hamas vote came from majority or minority Muslim countries accounting for the vast majority of the total.

And then there’s Russia and China, which along with their satellites like Belarus, Latvia, Mongolia and Laos, backed Hamas. The Russians effectively created the “Palestinians” and are hostile to America so any other vote would have been unimaginable. And China also finds it useful to support Islamic terrorists in Israel even as it ruthlessly cracks down on its own domestic Muslim population. In a cynical tradeoff, Muslim countries don’t object to China’s Islamic repression as long it backs them on Israel.

But while Russia and China aren’t Muslim minority countries because their overall populations are so large, their Muslim minorities are still huge enough to be larger than some of the countries on this list with over 10 million Muslims in Russia (more in its areas of influence) and over 20 million in China.

Add Russia, China and their satellites to the list, and 49 out of 58, or 84%, the vast majority of the pro-Hamas votes, came from countries with large percentages or numbers of domestic Muslims.

This sums up the structural problem of religious discrimination that Israel faces at the United Nations.

Albania is however that extremely rare Muslim majority country whose constitution not only does not state that it is based on Islamic sharia law, but declares that it has no official religion making it the least Islamic Muslim country around. At 12%, its Muslim population has a lower support level for Sharia law than Russia, where support hovers in the 40% range.

Nor do any of the minority Muslim countries have Muslim leaders or governments.

Aside from Israel’s various other problems at the United Nations, it faces a structural problem of Islamic religious discrimination. And as long as religious Muslim countries vote in lockstep to support Islamic terrorists and oppose their Jewish victims, UN votes will be inherently discriminatory and illegitimate.

A/73/L.42 Activities of Hamas and other militant groups in Gaza failed, but its failure brought attention to the core of the problem. As UN Watch documented, some countries undermined the resolution by voting to require a two-thirds majority, or abstained from the vote, and then voted against Hamas, even as they knew their votes would be irrelevant. But that’s just the symptom of a bigger problem.

In the final vote, a coalition of Muslim majority and minority countries, supplemented by a few Marxist leftist governments joined forces to protect Hamas. The Marxists in Bolivia, Cuba, Laos, Nicaragua, Venezuela, Vietnam, Zimbabwe and South Africa would not have been enough to make a difference on their own.

And Russia has a lot fewer satellites these days than it used to.

In the seventies, Kosygin could deploy Hungary, Czechoslovakia, Poland, Albania and a laundry list of Soviet bloc countries to impose the UN’s infamous ‘Zionism is Racism’ resolution. While Putin has to be content with Belarus, Mongolia and Latvia, while fighting for control of little pieces of Ukraine (which voted against Russia and Hamas.)

The Left and the leftovers of its old regimes in Russia and China make very useful Islamic allies, but the days when the Left was the center of the anti-Israel bloc ended with the fall of the Berlin Wall. The Islamic countries used to be the tail that Moscow wagged. These days, Moscow is the tail of the Islamic dog with Russia spending blood and treasure in Syria to help the Shiites hang on to Damascus, and then, after all that work, having to be satisfied with playing second fiddle to Iran in Syria.

That is the simple fact that drives everything from geopolitics to domestic terrorism. Where leftists once recruited Muslims into its global and domestic war, they have become accomplices in the Jihad.

As the clash of civilizations shifts from a secular to a religious war, Israel’s role only grows more pivotal.

And that also transforms the character of United Nations hostility to Israel from an ideological anti-Semitism to a theological anti-Semitism. The Albanian exception at the Hamas vote is significant because it shows that the character of Islamic hostility to Israel is not merely nationalistic or cultural, but religious. When religious Islamic countries, but not a secular Islamic country, vote to protect an Islamic religious movement’s terroristic war against Israel, that is an act of religious discrimination.

Israel’s inability to get a fair hearing at the UN is no longer a matter of ideology or politics, but a manifestation of structural Islamic supremacism due to the makeup of the UN General Assembly.

Every discussion of UN resolutions targeting Israel must begin and end with that simple fact.

And, as Islamic migration transforms Europe, and then America, Canada and Australia, the structural problem of religious discrimination will only worsen to become thorough and overwhelming.

The UN frequently condemns Israel. It had the opportunity to condemn Islamic terrorism against Israel. Instead a coalition of Islamic countries and their leftist camp followers stood with Islamic terrorism making it clear that this is not about human rights or justice, it’s about Islamic supremacism.

As long as the UN remains a vehicle for Islamic supremacism, it will remain illegitimate.

The Gospel According to Star Trek

It Is the Federal Government's Duty to Stop California