On the way back from a funeral, Judge Lance Mason beat his wife so badly that he broke her orbital socket. A woman who called 911 had described a horrifying scene of “fists flying” inside the car. 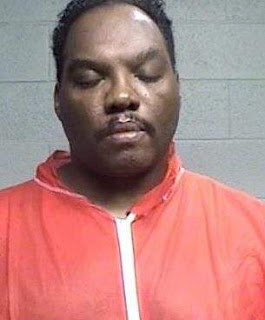 Their two children, ages 4 and 6, were in the SUV when their father assaulted their mother, choked her and bit her on the ear and the cheek. According to Aisha, Judge Mason “struck me in the face, yanked my hair, slammed my head into the dashboard and armrest of the car.”

She later called the police, telling them, “I’m afraid he’s going to hurt my daughters.”

Aisha had to be hospitalized and required reconstructive surgery to repair the damage to her face.

When the cops came to arrest Judge Mason, they found semi-automatic rifles, 2,500 rounds of ammunition, a bulletproof vest and a sword.

Judge Mason wasn’t just anybody. He had deep roots in the local Democrat machine. He had been appointed to the bench by Governor Ted Strickland. Before that he had worked as a district director for Rep. Stephanie Tubbs Jones, his mentor. Then he wrangled an appointment to the Ohio State House, and moved on to the State Senate, where he became notable for opposing a bill regulating strip clubs.

When Governor Strickland appointed Mason, the Democrat claimed that the future domestic abuser’s experience in politics “will make him an effective and respected judge.” Mason claimed that he wanted to be a judge for the sake of his family. “I’ve got to get home and help out my wife with my baby.”

The huge pay bump to $121,350 probably didn’t play a role for this devoted family man.

Despite his horrific crime, Mason was still able to call on the support of numerous Ohio Democrats, including Rep. Marcia Fudge, who wrote a letter in his defense, claiming, “Lance Mason is a good man who made a very bad mistake. I can only hope you can see in Lance what I and others see.”

The Ohio Supreme Court had to assign a special judge to hear the case after Mason’s colleagues recused themselves. Judge Mason attempted to avoid jail time in a move that the assistant county prosecutor described as a statement conveying that, “I’m special; I’m not like the other people”.

Despite the prejudiced assumptions of white liberals, Mason came from a privileged background. His father had been a doctor and his cousin a lawyer. A profile written during his Capitol Hill days describes him as being “torn between a career in medicine or law”.

Judge Mason couldn’t escape jail. He was sentenced to two years. But when he got out, the Ohio Democratic party did not abandon its favorite son. Instead Ohio Dems, who condemned President Trump for not caring about “women’s rights”, gave him a plum position as the Minority Business Development Administrator for Cleveland despite beating his wife so badly she needed surgery.

Then she was murdered.

The body of Aisha Fraser, a beloved teacher at Woodbury Elementary, and the mother of a daughter with Down syndrome, was found, stabbed to death, in the driveway of her home.

Mason was reportedly caught trying to flee the scene. He struck a police officer with his car and rammed into the police car hard enough to disable both cars.

The officer suffered injuries to his legs and ribs.

And then Cleveland finally fired its monster.

Mayor Frank Jackson defended hiring Mason as part of Cleveland’s second-chance for felons program. “We hire many ex-felons and almost all of them turn out well because we have second chance as a part of what we do as a policy in the City of Cleveland,” the Democrat insisted.

In an interview, Mayor Jackson suggested that domestic violence cases were too complex to lay blame.

He claimed that murderers and drug dealers, “have come to work for the city of Cleveland and they have done quite well for us.” Even people convicted of “public corruption” are being employed by Cleveland.

They include City Council member Sabra T. Pierce Scott who was sentenced to probation for soliciting a job for her son and taking a bribe from a contractor, before being hired as Cleveland’s first director of quality control and performance management at a $95,000 salary. Scott is a Democrat.

Scott’s son was shot by a police officer after allegedly reaching for a gun.

Mayor Jackson personally swore in a politician who had been found guilty in the biggest corruption scandal in the region, aiding a $125 million project for corrupt reasons. Scott had escaped with a slap on the wrist, teaching ethics to high school students, before landing a top government job.

Mason had also gotten a virtual slap on the wrist.

Like Mason, Scott had benefited from the patronage of her party, with current and former Democrat council members showing up to support her at her sentencing hearing. Democrat politicians had used programs meant to help released convicts looking for a fresh start to employ their own criminals.

Mayor Jackson had personally hired Mason and admitted he knew him because of his relationship with fellow Democrat, Rep. Tubbs. It was rumored that Jackson had hired Mason as a favor to Rep. Marcia Fudge, a top Democrat currently running against Rep. Nancy Pelosi to serve as Speaker of the House.

Rep. Fudge had endorsed Mayor Jackson, but denies that she pulled any political strings for Mason. She claimed that by reporting on the story, the media is guilty of the “traumatization and victimization of Mr. Mason’s family”. That family would not include Aisha Fraser, whom Mason allegedly murdered.

Her concern for the two surviving children is as transparently phony as Mayor Jackson’s condolences.

The simple and ugly truth of the Mason case is that he benefited from Democrat political privilege. But in Mason’s case, the Democrats were not satisfied with protecting crooks and instead decided to cover for a monster because, no matter what he did or whom he hurt, he was a Democrat monster.

“I learned that when I had been stripped of public acclaim, I had far more friends than I had imagined. I didn’t lose a friend,” Mason wrote on his blog. “People who I didn’t think I was close to were kind, gave encouraging words (even several prosecutors)… Eleven attorneys donated time to work on my cases.”

When you’re a Democrat, prosecutors offer you encouraging words instead of throwing the book at you.

Aisha Fraser might be alive today if Lance Mason had been held accountable. Instead he was coddled and protected because of his relationships within the Democrat establishment. If he had been put away for a substantial prison term, the way that any ordinary person would have, Aisha would still be alive. And her daughters would still have their mother and her students would have their teacher.

Instead Mason got a slap of the wrist, and after that slap, Cleveland officials, from Mayor Jackson on down, made it clear that he still had the backing and the protection of his fellow Democrats.

Is it any wonder that Lance Mason believed that he could get away with killing his wife?

The Progress(iveness) of a Small Town Christmas Parade

The Incredible Story of Rahab's Salvation