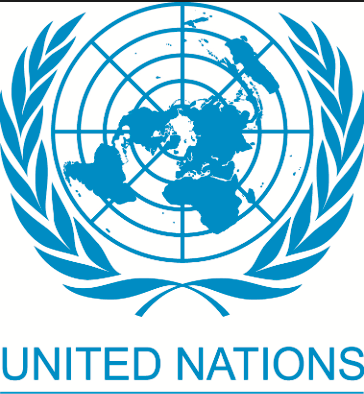 International Tolerance Day was celebrated at the World Tolerance Summit at the Armani Hotel in Dubai. A photo of the event shows three Arab Muslim men in burnooses sitting under the Summit’s subtitle, “Prospering from Pluralism: Embracing Diversity through Innovation and Collaboration.”

The UAE is an Arab Muslim entity. Good luck obtaining citizenship if you aren’t an Arab Muslim. Leaving Islam is forbidden, but the government has a special site encouraging infidels to convert to Islam.

Diversity is great. As long as it’s limited to Muslim men. Pluralism is fantastic. But you’re not allowed to leave Islam. And tolerance is applied equally to Muslim men and other Muslim men on Tolerance Day.

Like most terrible global ideas, International Tolerance Day was invented by the UN. Or specifically by UNESCO around the time that Bosnia and Herzegovina joined up before becoming enmeshed in a genocidal war. Because nothing says tolerance like genocidal ethnic conflicts at the United Nations.

Key conferences were held in Russia, Korea and Turkey: three countries in a permanent state of war.

But that’s always the way it is at the UN where tolerance is on the menu, but never on the plate.

International Tolerance Day led to the Year of Tolerance in 1995. It wasn’t very successful as the Bosnian War was still going on, the First Chechen War was underway, and the Taliban were wrapping up their takeover of Afghanistan. The Turks were tolerantly killing the Kurds, the Kurds in Iraq were killing each other, Bill Clinton decided to bomb the Serbs, and the United Nations retreated from Somalia.

And that was the last Year of Tolerance.

The Year of Tolerance Hell spawned the UNESCO-Madanjeet Singh Prize to commemorate the Year from Tolerance Hell and the 125th birthday of Gandhi, who had urged the British to surrender to Nazi Germany and suggested that “the Jews should have offered themselves to the butcher’s knife.”

Since then a day of tolerance is about as much tolerance as anyone could manage.

Tolerance Day sits on the imaginary UN calendar between World Philosophy Day, and World Toilet Day. Like every UN holiday, it’s an utterly useless exercise in spreading awareness of things and of making commitments to improve or end other things whether they be philosophy, tolerance or toilets.

The 25th anniversary of International Tolerance Day has passed with less fanfare than World Toilet Day. UNESCO hasn’t become famous for promoting tolerance, but for spreading anti-Semitism. In October, the Simon Wiesenthal Center’s Permanent Observer to UNESCO described the ugly scene after the historical moment when the first UNESCO French-Jewish director-general was inaugurated.

“The day that Azoulay was inaugurated, I left the ceremony with some 15 Ambassadors and UNESCO officials. Number 3 in the hierarchy ran after me. In earshot of his colleagues, he shouted: ‘Shimon, are you now happy to have your Jew as director-general?’”

That’s what tolerance look like at UNESCO and the UN.

According to UNESCO, its mission is to “deepen the binds of a single humanity, through understanding, dialogue and knowledge.” And occasional anti-Semitism. Hating Jews is one of those few things that Islamist sheikhs, European technocrats and American social justice crybullies can all agree on.

What better way to bind humanity together than finding common ground on hating Jews?

That’s why UNESCO, like the rest of the UN, divides its time equally between pointless hearings and sessions whose only purpose is justifying the hefty restaurant budgets of its personnel, and blaming Israel for everything under the sun, and in solar systems, galaxies and universes far beyond the sun.

As Hitler and Stalin knew, you can’t “deepen the binds of a single humanity” without hating and murdering a whole lot of people in general and Jews specifically along the way.

And Tolerance Day doesn’t look much better in America.

Tolerance Day is hard enough. Don’t even think about expanding it to a year, a month or even a week.

Last year, Riverside-Brookfield High School in Illinois tried to expand it into Tolerance Week with Monday as Gender Equality Day, Tuesday as LGBT Pride Day, and Friday as Minority Empowerment Day. Board members and parents objected to the left-wing agenda. Pro-tolerance board members then expressed intolerance toward Trump supporters. And an intolerant time was had by all.

At Gonzaga University in Washington State, this year’s International Day of Tolerance involved the director of the Peace and Justice Action League of Spokane accusing white people of intolerance.

The trouble with tolerance is that tolerant people rarely go around advocating it. Tolerant people tolerate, rather than advocate. And tolerance advocates urge intolerance in the name of tolerance. Much like destroying the village to save it and making peace by fighting wars, the tolerant are the most intolerant people around. That’s why the International Day of Tolerance began with genocide.

The United Nations says all the right things and does all the wrong things. The tolerant ends always justify the intolerant means whether at UNESCO or Riverside-Brookfield High School.

Once you get past the idealistic rhetoric about our common humanity, the genocide begins. How else are we ever going to make that common humanity happen without repressing everyone who disagrees?

Idealistic tyrannies always turn murderous as the idealists demonize everyone who isn’t on the same page with their utopia. The good thing about the UN is that it’s too inept to commit genocide. Instead its delegates, diplomats, staffers, peacekeepers and janitors stand around whenever a genocide happens worriedly wringing their hands and urging all the participants to stop and let the UN finish the job.

The United Nations never stops talking about peaceful coexistence and never actually practices it. The International Day of Tolerance, like World Philosophy Day and World Toilet Day, is a bizarre fantasy of world government by a powerless body of bureaucrats which couldn’t figure out how to use a toilet, never mind philosophy or tolerance, and which has never done anything useful in its existence.

Powerlessness ought to have taught the UN humility. But the less power the UN has, the more grandiose its fantasies of world government become. It demands tolerance, but it never returns it.

The world doesn’t need a fantasy world government to teach it intolerance in the guise of tolerance. As the UN has demonstrated so often, its members are fully capable of being intolerant on their own.

The best to celebrate the International Day of Tolerance is to stop tolerating the United Nations.

Prager University: Who Are the Most Powerful People in America?