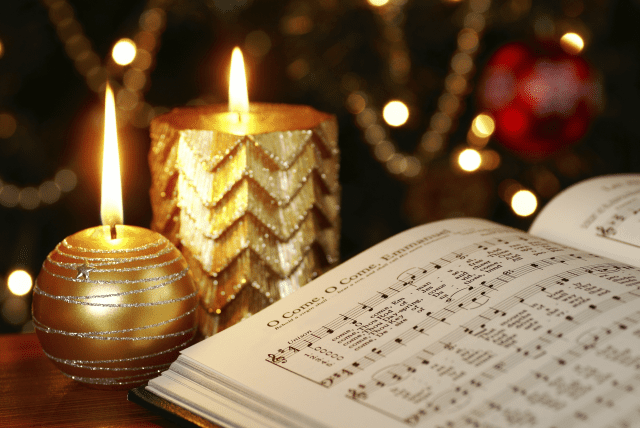 Christmas season is upon us again and as always there are many new releases with more great holiday music. I think this is one of the best set of new music in several years. And as you will see below, a lot of artists (or emerging artists) of the 1960’s have decided to make 2018 a new beginning.

So without further delay, here are some of the great Christmas CD’s of 2018 (in no particular order):

Engelbert Humperdinck – “Warmest Christmas Wishes”. This is his first Christmas album in over 30 years. Engelbert is now 82 years old! But that incredible voice has not aged at all. It’s like the man was in some sort of cryogenic deep freeze for the last couple of decades and was brought back for this album. Fans of EH will find much to enjoy from this new Christmas material. There are the traditional songs such as “White Christmas”, “O Tannenbaum” and”Silent Night” as well as original songs. “All around the Christmas tree” is nicely done as a waltz. “A Christmas for the family” is a light hearted affair about the warmth of a down home family Christmas. And “Silently falls the snow” celebrates that the “Christ child is near”. Another great album from the timeless Engelbert Humperdinck.

The Monkees – “Christmas Party”: Here they come! Walking down Santa Clause lane! Hey Hey it’s the Monkees and their brand spanking new album. As they did with their 2016 release, the Monkees have brilliantly stayed true to their 60’s sound while at the same time sounding modern. There’s much to enjoy: “I wish it was Christmas everyday”, “Mele Kalikimaka” (as only they could do it), an atmospheric sounding “Snowfall” and an almost bluegrass sounding “Angels we have heard on high”. I really like their cover of “The Christmas song” which features a slide guitar, something I’ve never heard in this song before. Of course Michael Nesmith leaned towards country music in his solo career with hits like “Joanne”. So to the critics who thought the Monkees were a flash in the pan teeny bopper band: It’s 2018 and they’re still walking down the street too busy singing to put anybody down. Maybe it’s time you give these guys their due. In the mean time the rest of us will continue to enjoy their wonderful music – past and present.

Eric Clapton – “Happy Xmas”: I will have to admit that while I respect Eric Clapton as a musician I have never been a huge fan. Yes “Layla” is a masterpiece but I just can’t shake “I shot the sheriff” from my brain. And I also never would have imagined he would do a Christmas album. But he did. And it’s amazing! He might make a fan of me yet! This is definitely the best set of blues Christmas music I have heard. “Happy Xmas” has 13 tracks. From the soulful “Lonesome Christmas” to the uptempo “It’s Christmas” Clapton has it all covered. “Christmas in my hometown” hearkens back to western music and the squaredance. “Christmas Tears” is the most moving blues song on the album. And his version of “Merry Christmas Baby” rivals Elvis’ incredible version. And I love his original interpretation of “Away in a manger”. But the most pleasant surprise was Clapton making a bluesy number out of “White Christmas”. Simply brilliant! An incredible album that is totally unique from anything I’ve heard before.

Ingrid Michaelson – “Songs for the season”: Ingrid takes us back to the bygone era of jazz and big band with her new Christmas album. She receives help from artists such as Christina Perri, Will Chase and Grace Vanderwaal. “Have yourself a merry little Christmas” showcases Ingrid’s voice. “What are you doing New Years’s Eve” is a nice little diddly complete with a ukulele. “Mele Kalikimaka” reminds one of The Andrew Sisters. And “Rockin’ around the Christmas tree” with brass backup is a fresh change of pace than how the song is normally done. And “Auld Lang Syne” is one of the best versions I’ve heard. And I love the classic look on the cover of her album.

John Legend – “A Legendary Christmas”: Although I had heard his name before I was not familiar with John Legend’s music. But I am now. If you’re looking for some great r&b/soul Christmas tunes, this is the album for you. “Silver Bells” time warps back to the sounds of the 70’s. “Bring me love” is uptempo jazz. “Purple Snowflakes” has an underlying latin rhythm. “Merry Christmas Baby” starts in typical blues fashion then quickly transitions to toe-tapping be-bop. And Legend channels his inner Jackie Wilson on “Merry Merry Christmas”. Legend is obviously well versed in diverse genres of music. A great selection which is sure to put you in the Christmas cheer.

Stephanie Adlington & Rod Ingle – “Put me under the tree”: A great jazz album for the holidays! Stephanie and Rob split the duties on this wonderful collaboration. “Put me under the tree” is a sassy little fun romantic number. “Christmas in July” wishes for Christmas all year round by combining elements of summer and winter: “High Tide, Yuletide, slip and slide and sleigh rides, caroling while jacada’s sing up in the pines. Madi Gras and Mistletoe, sunburn cheeks and Rudolph’s nose, fireworks and homemade pumpkin pie…”. “Too much Christmas” is a neat song that references just about every classic Christmas song you can think of. And Stephanie demonstrates why she is called ‘The Siren of the South” on “Christmas in New Orleans” and “At the Christmas ball”, making them the definitive versions of both.

The Mavericks – “Hey Merry Christmas”: Trying to pin a genre on the Mavericks is quite the challenge. Are they country? Rockabilly? Rock and Roll? One thing is for certain though – they are GOOD! I’ve always enjoyed their music and this release is no different. The album opens with a rousing and infectious number called “Christmas time is here again”. “I have wanted you for Christmas” would have fit nicely on the Lawrence Welk show with it’s accordion feature. “It’s Christmas without you” is the classic country song of heartbreak. “One more Christmas” time travels back to the sounds of the late 50’s. And “Hey Merry Christmas” is a tune of country rock flavor where you “party til the cows come home”. There is one song on the album that probably warrants a PG-13 rating, the innuendo full “Santa wants to take you for a ride”. My we’ve come a long way from mommy kissing Santa Clause! This song is probably more in line with “Midnight at the Oasis”. All in all, another great album from The Mavericks.

William Shatner – “Shatner Claus”: Go ahead and snicker. I did when I first saw this. But give Captain Kirk his due. He keeps himself relevant by making a parody of himself. And it works. And he has mastered the rapid voice inflection that makes you laugh. So if you ‘re looking for a fun and entertaining CD for Christmas, beam up a copy. Shatner has help from other artists like Iggy Pop, Henry Rollins and even Judy Collins! Onto the tracks. “Twas the Night Before Christmas” is just as you would expect and it has the additional bonus of sound effects. Henry Rollins makes galloping horse effects on “Jingle Bells”. “Feliz Navidad” reminds me of the classic Muppet song “Manamana”. And T.J. Hooker rocks out on “Run Run Rudolph”. Not every song is done for humor. Shatner plays is straight on “Silent Night” and does “O Come O Come Emmanuel” in Shakespearean style (it’s hard to believe this man got started doing Shakespeare). I also got a laugh out of some of the comments to his CD:

Bill Shatner is still feeling the effects of seeing the gremlin on the airplane wing!

Mr. Shatner, you are an EXCELLENT starship captain. but as a singer, you leave much to be desired

Killed this one after 20 seconds, dogs started howling then I had to scratch my nails on a chalkboard to get my nerves settled.

That may be so, but Shatner is laughing all the way to the bank.

Daily and Vincent – “Sounds of Christmas”: You gotta have a little bluegrass in your Christmas and this album fits the bill. While D&V have been around for a long time, this is their first Christmas venture. With help from Dolly Parton, “Road to Bethlehem” chronicles the trip of Joseph and Mary to Bethlehem. “Christmas medley” samples “Hark the Herald Angel Sings”, “It came upon a midnight clear” and “Joy to the World”. You can’t beat “Carol of the bells” done bluegrass style. And “It’s a very Merry Christmas” is a song with visions of a country small town USA Christmas (think Mayberry). The lyrics of this song sum it up perfectly: “It’s not about the presents or the food or the tree. It’s a joyous celebration of a birth that made us new”. Amen.

So there’s lots of great new Christmas music to choose from this holiday season. Enjoy!

Katherine Daigle: What Is Life Like After "THE" California Firestorm?