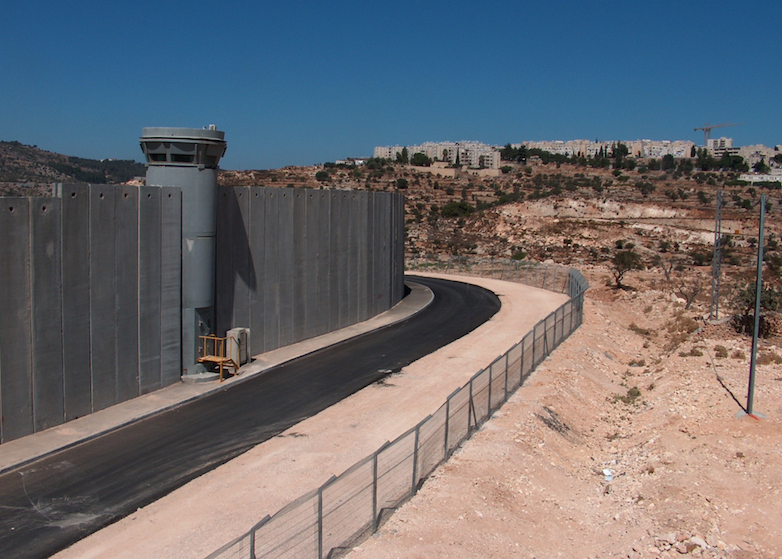 A huge political row is going on in America over a security wall between the United States and Mexico.
The President wants to stop the flow in illegal immigrants, drugs, criminals, and terrorists into America.
The Democrats are vehemently against it. They say it’s too costly and it doesn’t work.
They even closed down the government over it. The Democrats refused to approve the funds to build it.
So let me offer them a couple of Israeli examples.
We have several walls in Israel – and they work!
1. When Israel started to be swamped by a growing tsunami of tens of thousands of illegal migrants from Africa, the vast majority men between the ages of 20-30 who trekked across other countries, including Egypt, to get to Israel and then falsely claim they were refugees escaping persecution, the government rapidly, and without objection, erected a long barrier between Israel, the Sinai, and Egypt.
Since the construction of that barrier, the problem of illegal migrants was reduced by 95%.
2. I live by the Mediterranean coast in Netanya, a town that was hit hard by Palestinian terror, including suicide bombers, car bombs, and shootings. That’s why I became a co-founder of the Netanya Terror Victims Organization, to help the families of those killed and the traumatized survivors of gruesome Palestinian terror attacks.
We constructed a wall, just a 15 minute car ride from my home, by Tulkarm, an Arab town that had become a hotbed of Palestinian terror cells.
Since that wall was built not one suicide bomber, not one car bomb, and not one Palestinian gunman has killed a single Israeli in my home town.
Walls may be ugly, but they save lives.
Israel has proof that walls not only stop illegal immigration, it deters them. These illegal migrants learn that there is a proper way to enter a country, or they go where they know other governments are sloppy over the issue of illegal immigration.