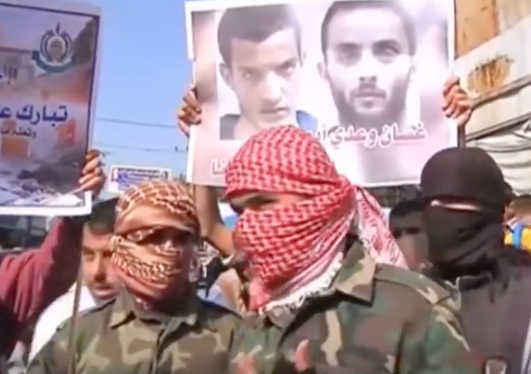 When a nation or culture is judged on its success or failure as a nation, one is required to evaluate what unique and positive developments it gave to its people and to mankind.

With this in mind, it’s worth examining what has been the exceptional prowess we associate with the Palestinians.

In a brief history, we remind ourselves that a nation or state called Palestine never existed. The name was an insult, a curse to obliterate the vanquished nation of Israel two millennia ago by the Romans. Today, we have come full circle with Arabs using the term Palestine as an insult and a curse as they attempt to obliterate the modern State of Israel.

A century ago, those described a carrying the term “Palestinians” were mainly the Jews who inhabited the district of Greater Syria, a barren and barely inhabited area of the fading Ottoman Empire, an empire that died after Turkey foolishly allied itself with Germany in World War One and was defeated by the British-led Expeditionary army aided by a volunteer force of Palestinian Jews who fought and died to liberate the land.

The Arabs, during and after the Great War, disliked being called Palestinian. In 1937, the Arab leader, Auni Bey Abdul Hadi, told the United Nations Peel Commission on Palestine that “there is no such country as Palestine. Palestine is a term the Zionists invented. Palestine in alien to us.  Our land was for hundreds of years a part of Syria.”

This was confirmed decades later in 1970 by no less than Yasser Arafat who admitted in an interview with Italian journalist, Arianna Palazzi, that, “Palestine is nothing but a drop in an enormous ocean…What you call Jordan is nothing more than Palestine.”

They were right. A century ago the Arabs much preferred to live under the tutelage of an Arab ruler based in Damascus. No Arab fought to rid themselves of the Turks west of the River Jordan, and the Arabs east of the Jordan only fought for the Hashemite sheikhs in return for gold, weapons, or booty. When this was not forthcoming by the Britain they drifted back into the desert until money enticed them back to the battlefield.

In honoring the contribution of the Jews of Palestine in helping to defeat the Turks the post-war world governing body, the League of Nations, agreed unanimously, including the Arab vote, to mandate the establishment in Palestine of the national home of the Jewish people encouraging them to pursue close settlement by Jews on the land, including State lands and waste lands not required for public purposes.

They did this in recognition of “the historic connection of the Jewish people with Palestine and to the grounds for reconstituting their national home in that country.”

It’s worth repeating. The League of Nations Mandate received the approval of the leading Arab voices who were satisfied that the local Arabs would not be harmed by this arrangement as stipulated by the condition that “nothing shall be done which might prejudice the civil and religious rights of existing non-Jewish communities in Palestine.”

The Arab leaders agreed to the terms of the mandate because they were in line to receive their share of lands including Jordan, Syria, Iraq, and Lebanon.

A significant result of the Mandate was a further boost to the Zionist enterprise in mandated Palestine. The Jews in Palestine developed the land, built the infrastructure and the industries required to sustain a rapidly growing population.

In advance of statehood the Jews were busy developing the needs of a people deserving of a nation of their own. All this attracted a mass immigration of Arabs from the region into Palestine for economic reasons as a result of the Zionist enterprise.

Later, the Arab urge for nationalism in Palestine grew out of envy, even greed and ambition for conquest, as they saw the Jewish endeavor flourish. The fundamental loathing in seeing the Jews succeed went against their core belief.

When five Arab armies failed to destroy the Jewish state the local Arab gangs continued their looting, pillaging, and killing against the Jewish settlers and farmers, particularly in isolated settlements.

Under a man born in Egypt, but pretending to be a Palestinian, they began to jell into organized terror groups. Yasser Arafat took to the world stage with a slogan and with shocking violence.

Palestine suddenly became the nom-de-plume for Arabs living in parts of the Jewish State, namely in Judea & Samaria – which the international community renamed the West Bank- and the Gaza Strip. Then, everything began to be called “Palestine” as in the Palestine Liberation Organization, the Popular Front for the Liberation of Palestine, Palestinian Islamic Jihad, etc. Perversely, terrorism was portrayed as a human rights issue, a reclamation of stolen land, a release from oppression and occupation.

The adoption of the name “Palestine” was followed by the creation of a legend, a history of a people who had been robbed of their heritage by those dastardly Jews from Europe. An injustice, a human rights crime, had been inflicted by the Jews on the “indigenous population of Palestine.”

As someone once said, if you tell a lie loud and often enough stupid people eventually believe it to be true and rally to your cause. And so the legend became an accepted truth and once manufactured as victimhood and suffering they lobbied and protested for recognition and legislation, even sanctions, against the perpetrators of their “persecution,” the Zionists.

So the first contribution the new Palestinians gave the world was the art of deception. Their version of Dale Carnegie’s “How to Win Friends and Influence People” became “How to convince people you are the victim in order to convict your enemy.”

The pinnacle of this deception was the award of a Nobel Peace Prize to the world’s first arch-terrorist in contemporary history, Yasser Arafat, he of the Munich Olympic Games massacre, among his numerous murderous achievements. Here was another Palestinian first. Using a massacre at an international sporting event to gain global publicity to a cause.

How else have Palestinians impacted people globally? Palestinian terrorism created a new norm in air travel, namely huge inconvenience for travelers and massive security costs and headaches for airports and airlines which increase the cost of air travel to us consumers.

They were the pioneers of plane hijackings and airport terror attacks that gained the attention of the world media. On 9/11 a bunch of Saudi terrorists combined plane hijacking and suicide missions on a horrendous scale, but it was the Palestinians that led the way in forcing us to arrive at airports three hours before our flights, to have our baggage and our bodies checked, to be treated like suspects. Thank the Palestinians for these modern day inconveniences by their earlier plane hijackings and airport attacks.

Israelis had to react to Palestinian bus bombings, but why confine ourselves to buses? The Palestinians also blew up planes, hotels, restaurants, markets, shopping malls when they are not shooting and stabbing Israeli civilians on the street or launching heavy barrages of missiles and rockets into civilian centers.

The Palestinians are an inventive people. Not satisfied with attempting to murder people on the land and in the air they now have units of underwater frogmen who can sneak into Israel by sea to attack convenient targets close to the coast in surprise terror raids.

They are also the pioneers in attacking villages and towns via underground terror tunnels in which their trained killers can emerge kill or capture civilians or soldiers and hold them for ransom in exchange for their incarcerated killers.  This practice is now being exploited by their fellow terror merchants, Hezbollah in Lebanon.

New inventions in the last year include flaming kites and bomb balloons to burn and destroy the land they wrongly claim to be theirs.

I have tried hard to find any valuable contribution the Palestinians have made to mankind. Sadly, I have to admit that I failed. If you can think of anything beneficial they have given us, please let me know. Because, quite frankly, I couldn’t come up with a thing.

The Palestinian Hall of Contributions to Mankind is as empty as the recently opened Palestine History Museum in Ramallah, an impressive building lacking in content.

You would think that millions of people in search of statehood would make their mark in something other than death and destruction.

But they haven’t, and there is no sign they will do so any day soon.

Barry Shaw is the Senior Associate for Public Diplomacy at the Israel Institute for Strategic Studies. He is the Author of the books ‘Fighting Hamas, BDS, and Anti-Semitism’ and ‘BDS for IDIOTS.’ Available on Amazon in paperback and Kindle, and from Steimatzky bookstores in Israel.