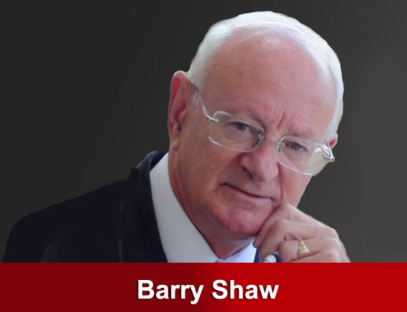 Free speech should be protected and I applaud the Irish newspaper, Southern Star, for having the commitment to allow all views to be expressed in its columns, including its Readers Letters.

But one thing should be required of its readers. That is to think and question dubious allegations that are frequently expressed in it columns, particularly those attacking Israel and dressed up with emotional imagery.

In the complex world of Middle East violence, it is all too easy to accept, at face value, the stories of oppression especially when women and children are victims. But is there a deeper motive behind false blanket allegations. What is the full picture? What is being hidden from the reader? And why?

A typical example was a letter posted under the heading “No Peace for Palestinians.” The writer was clearly trying to exploit the Christmas season to gain sympathy for Palestinians “deprived of peace this Christmas through no fault of their own.”

Putting aside the fact that over 90% of Palestinian Arabs are Muslim, do not celebrate Christmas, and are not imbued with the Christmas spirit, the heart of the writer’s slander is that Palestinian families are disturbed “every night” apparently “without reason” by the “brutal violent invasion” of the Israel Defense Forces who causing a “nightmare” for the women and children scared by their “alien presence.”

A letter, dripping with such emotional imagery, can fool the generally uninformed but sympathetic reader. That’s how opinions are formed. In our case, by painting Israel in the darkest colours and the Palestinians in the hews of innocence and victimhood. The truth is somewhat different.

When Israeli security forces come knocking on doors, often in the middle of the night to avoid the involvement of innocent neighbours, it is because counter-terror intelligence have informed them that terrorists are hiding there.

Recently, Israeli forces raided houses in which Palestinian killers were hiding. Fire fights erupted and, in all cases, the terrorists were either apprehended or killed. Those killed include the Barghouti cousins who had shot at civilians waiting at a bus stop. They seriously injured several including a heavily pregnant young mother who remains in hospital more than two weeks after the attack. Her unborn baby died. This is a first in the gruesome Palestinian terror archives, the death of an unborn child. How’s that for a poignant Christmas story?

Another terrorist who was disturbed from sleep by the “brutal violent invasion” of Israeli security personnel was Ashraf Ma’alwa, a Hamas terrorist who had been working in a mixed Israeli-Palestinian workplace in Barkan before tying up two of his co-workers, including a beautiful young woman, and shooting them in the head before making his escape. Israeli intelligence had searched for his whereabouts for over a month before tracking him down to a house outside Ramallah. Ma’alwa was killed in a firefight with the arresting officers.

Readers, when reading such details, will appreciate that the occasional night visits to arrest or neutralize known terrorists who have committed such acts of violence and murder can, in no way, be called “without reason.”

People who write such things have an agenda, and that agenda is actively supporting the terrorists cause. And it is known that this cause has nothing to do with searching for a peaceful solution to the Palestinian problem. It has everything to do with maintaining the political and religious violent rejection of the Jewish State of Israel anywhere in the Middle East.

Peace can never come out of the barrel of a terrorist gun. Ireland, of all places, knows this to be true. And, to the writer of “No Peace for Palestinians,” until they are ready to lay down their rifles and bombs, Israeli security forces will be justified to go in search of the killers.

Wishing all the readers of Southern Star, and other Irish papers that print the false allegations of Israeli haters, a very Happy and Peaceful Christmas.