The front door opens to a blinding white light and, gradually, I see my father.  I find myself being lifted high in the air, spinning around, continually seeing my father’s face, laughing, eyes shining.  Then he puts me down and he backs away, back into the light, and disappears.

That’s usually when I wake up.  I desperately try to go back to sleep to make the dream last longer, wanting to say something to my father, to keep him around a bit longer, but of course that never happens.  He died when I was a child, killed in a car wreck.

It was the week of Thanksgiving 1983 and the first time I’d been home to Texas since moving to California.  I left my home state the year before to pursue an acting career and although I was getting lots of small parts and commercials, like most young actors I was also waiting tables between auditions and acting classes.  I loved California and had made some great friends, but I really missed my family so this trip home was especially sentimental for me. 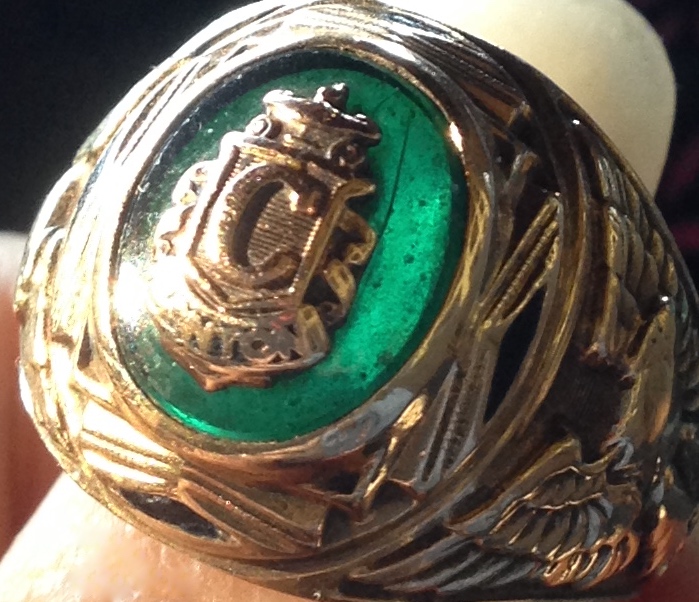 While unpacking I noticed my mother’s cedar jewelry box on a shelf in my room.  When I was a little girl I loved looking through that box, always finding new treasures, so I made some room on my bed and began digging around.  After sorting through the top layer I lifted the middle shelf and, near the bottom, I found a lovely gold ring with a green stone that had a gold “C” in the center.  I’d never seen it before; it was large and obviously not my mother’s, but since green is my favorite color I put the ring on my index finger.

Later that evening in the car on our way to dinner my mother noticed the ring and asked me why I was wearing it.  After apologizing for not asking first, she said, “Of course it’s okay, but that’s your father’s high school ring–did you know today, November 22nd, is the day he died?”

A strange sadness poured over me.  He had died when I was 5 years old so I never really knew the actual date of his death–but then I thought of that dream I’d been having for so many years, always in November.  I told my mother about it.

She smiled.  “The night he died you were crying and angry that he was leaving the house without you. So he picked you up, spun you around until you stopped crying, and then he left.  Later that night is when he died in the car crash.”

Part 2:  My Father’s Ring and the Green Jaguar

It was 1993 and after surviving a disastrous marriage I was now a single mom, still juggling acting and auditions with retail work to stay ahead.  I had been dating Mark several years and was ready to get married–but he wasn’t. Although his career in the fashion industry had thrived in Texas it simply didn’t translate in California and he wanted to be financially stable before even considering taking on a family.

One afternoon I was having lunch with my producer friend ‘Chick’, complaining about my stalled relationship.  Chick noticed the gold and green ring on my index finger and asked if he could hold it. “I know this sounds crazy, but I just had a vision,” he said.  Holding my father’s ring and closing his eyes, Chick said, “I can’t see his face, but I see you with another man.  It’s definitely not Mark; this is a businessman, a guy who wears a suit to work every day.  I see you both dressed to the nines, looking very happy, and driving along the coastline in a green Jaguar.”  He gave me back my ring and we both had a good laugh about it. 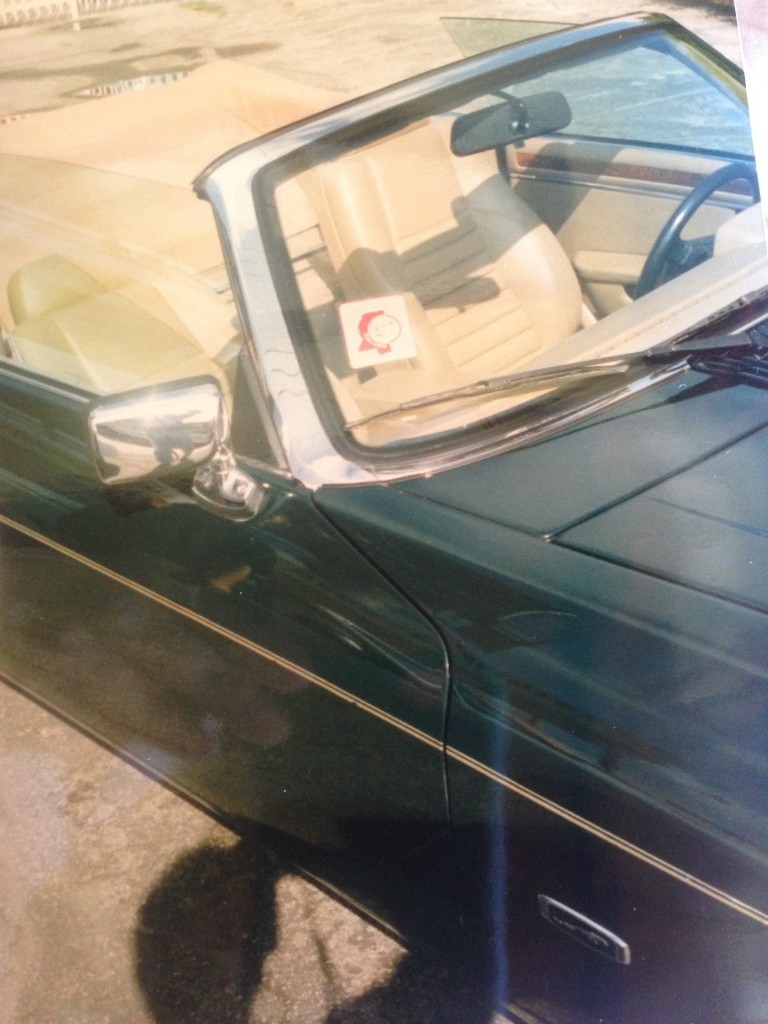 Three years later, Mark Murrell and I got married.  He had since left the fashion industry and was now a successful insurance adjuster with Lloyds of London.  Chick was one of the attendees at the wedding and during the reception he pulled me aside and, laughing, asked if I had noticed the green Jaguar in the chapel parking lot.  At first I had no idea what he was talking about or why he was asking–but then I remembered Chick’s ‘vision’ while holding my father’s ring.

I felt all the color leave my face as I told him, “Mark wanted to surprise me with either a white or black Jaguar for us to drive away in today. He called every rental place in Los Angeles but all they had left was this green one…”

For three days my son, Jason, was hooked up to tubes and monitors, being tested in every way possible after losing his vision. Ultimately–and ironically–on November 22, he was diagnosed with Multiple Sclerosis.

Sitting in the hospital room that night I thought of my father and his ring which, sadly, I had lost when we moved to our first house in 1998.  Feeling completely helpless and small, I prayed for my son, prayed that I would be strong enough to help him in whatever ways he would need over the next year.

And wow, those prayers were needed because it was a very difficult year for our entire family in every way possible.  Despite all the “happy” photos I posted on social media because of my work, this one (left), captured the real “me” that year.  My son ended up having to fight the medical system, trying to find doctors that would treat him under the ACA, and some days he had to use a cane to walk. But on that day, November 22, in the midst of all the darkness there was light. Jason saw firsthand that his long-time girlfriend was going to stay by his side through ‘sickness and health’. When no one else was there for him, she was–and soon after, Jason asked her to marry him.

Mark was out of town.  Alone and heading towards another November 22nd, I began sinking into deep despair.  After a year my son was still struggling.  Our dog, Reagan, had become paralyzed and was possibly dying.  I had friends and family members who were experiencing serious loss and health issues, and everything in the entire world just seemed black, hopeless.

So I did what I’ve done throughout my life:  I got down on my knees and began praying.  I prayed for healing and comfort for my family and friends.  I prayed for my country.  I prayed for strength.  And as soon as I opened my eyes and stood up, I knew what I had to do.

I began clearing the clutter. Literally and figuratively, I began cleaning both my house and my soul.

At first I organized my very unorganized desk.  Then I cleaned my bedside drawers, the bathroom cabinets and drawers, and then everything else.  Everything.  Every cabinet, drawer, and closet in my entire house was soon spotless.  I donated 30 bags of items to charity and filled our trash dumpster with bags.  When Mark came home he found me cleaning the garage and, seeing the frenzy I was in and realizing it was serious, he quietly rolled up his sleeves and began helping.

I was completely in my own head, focused on my job-at-hand yet filled with fears and frustrations, taking it out on my now-exhausted body and soul.

And then–while breaking down an old, torn-up box, deep in thought and prayer about the familial significance of November 22 and the way that date had changed so many lives–I heard a ‘clunk’ sound on the ground.

It was my father’s ring.

Apparently it had been stuck in the fold at the bottom of that box, having fallen out of my jewelry box in 1998 when we moved.

My prayers, even the ones I hadn’t thought to pray about, were answered. Everything was clear. God knew what I needed at that moment on the date of my father’s death, which was now also the anniversary of my son’s MS diagnosis.  God knew what I needed going into yet another trying year, continuing to find answers and strength for my family–and very soon after, a mere 5 months later, my own diagnosis of MS.

Holding that ring, I sat on the garage floor and finally, for the first time in far too long, I cried. 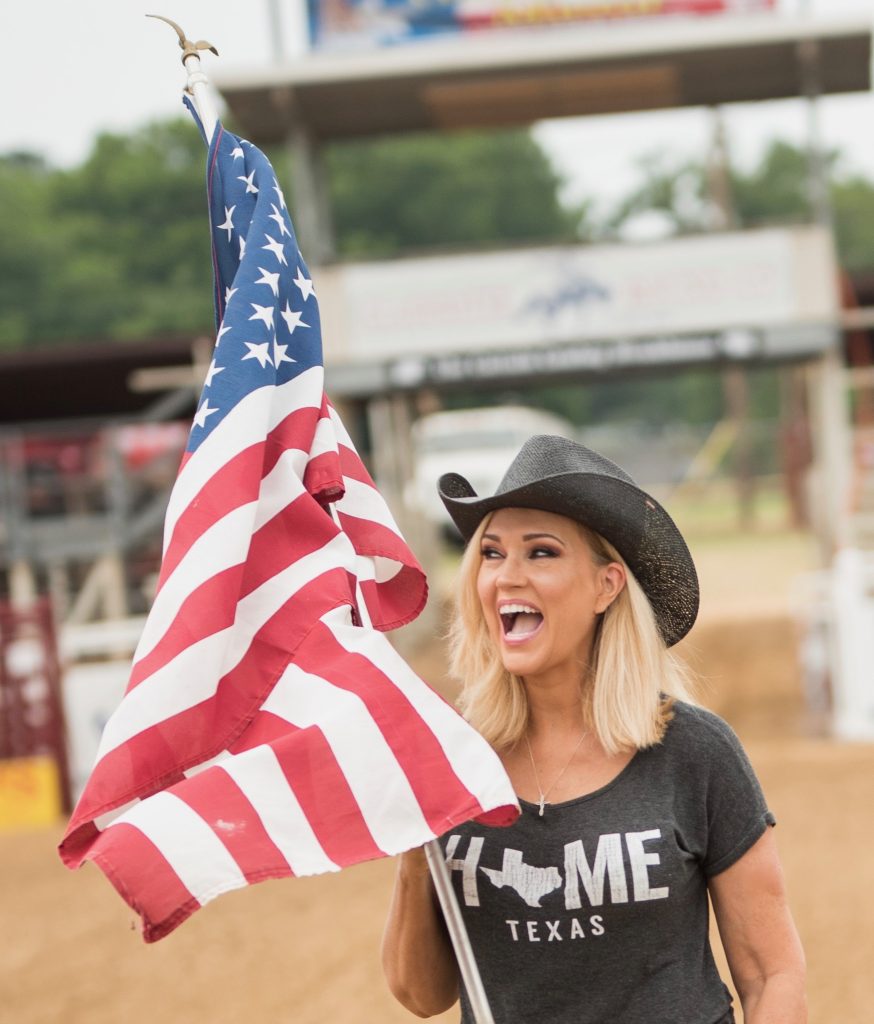 I originally wrote and published this article in 2015. While almost everything else in my life has changed, today on November 22 I am still wearing my father’s ring.

This year in February I moved back to my home state of Texas to take care of my elderly parents. I left behind my other home in California where I have lived since my early 20’s. It has been one of the best decisions of my entire life, reminding me of all the Christmas Hallmark movies I love so much where the ‘big city woman’ moves back to her hometown to find herself again.

For the first time perhaps in my entire life, I’m putting God and family first–ahead of politics, writing, and anything else that has distracted me from focusing on what’s truly important in life. I have much to make up for with many of my family members, my son and daughter-in-law, and my friends, and I will do my best to make that happen.

And after experiencing a lifetime of miracles both large and small, I believe wholeheartedly that God sends us very deliberate signs. If we will only listen to Him, He will guide us exactly where we need to go every time. We just have to learn to “Be Still and know I am God.” (Psalm 46:10)

So this November 22nd, I’m grateful that instead of darkness and sorrow I’m surrounded with a feeling of grace of peace–something I pray all of you can find as well. As for me, there is hope deeply embedded in my soul.  And yes, it is very, very good.