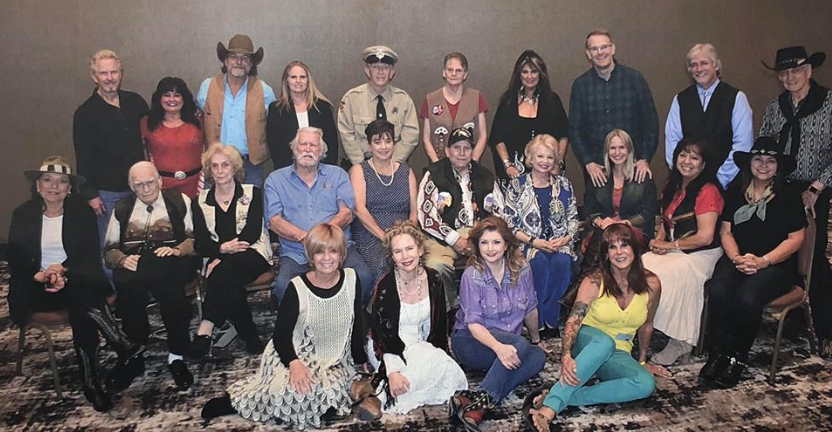 Something remarkable happened the latter part of October, a gathering of film and TV stars and fans that was to have been a media convention. It turned more into what some described as “a God Thing.”

This writer has been to hundreds of conventions over the years ranging from education based to political. However in 1976 I worked with a group of young people to organize what was to be a media convention, the first in Virginia, something we had actually never been to ourselves. Like many media events it was set up with guests to be able to autograph, panels, film showings, vendors and even a banquet. This was done for 25 years and the emphasis was on film and Tv stars as well as authors and artists. As we got to know these stars we found that many were Christians and that they faced discrimination because of that. Star Trek actress Grace Lee Whitney informed us about how she not only could not mention her faith on the set, but was also prohibited from doing so in fan conventions. This gave us a new mission.

A program was set up titled Point North Outreach Christian Media Conventions and ran for a few years. They were like the established conventions however stars on panels and individually could witness their belief in Jesus Christ. It was not uncommon to see a group at a guest table. the star and fans in prayer. It was reported that there were fans who made a decision to become Christians. After several successful shows it was decided publications would be effective in reaching more people. A break from conventions was taken for a decade.

Two years ago many of us who worked with the Christian media events were approached about having a Western convention because others in Virginia and near by states had closed down. Last year we held a one day event titled Happy Trails Virginia Style and it was successful enough for one to be run this year for three days. In that one day event we found that Happy Trails Virginia Style in some ways was a great deal like the Christians ones we worked with. Most if not all of the guests as well as the staff are committed Christians.

Now this did not mean that attendees would be hit over the head with evangelistic messages as soon as they arrived at the Holiday Inn in Roanoke, Virginia where it was held both last and this year. However the idea was for this to be a joyous occasion and to promote faith and family films and television.

Now this year something happened with explosive force. There was a feeling of spiritual awakening and many who attended reported that this year’s was different, a God blessed event. Part of this may have been due to some attendees who are film makers and who are trying to make a difference. This writer has to reference them here.

Laurie Prange, a former star from Gunsmoke and The Incredible Hulk TV show has a major project of doing a one woman documentary on the life of Fanny Crosby. In the 19th Century Fanny wrote at least 8,000 hymns, many still used today. The miracle behind this is that Fanny Crosby was blind. Laurie let the show run an eight minute preview that was a story in itself that blew viewers away. Into The Light had to be shown twice.

Spice Williams-Crosby is noted mostly for being a Star Trek Actress and stunt woman and also has a doctors degree in nutrition. She is making short films now and last year made one on John Wayne with a Heaven motif titled Duke. This year she introduced Talk to the Animals in which she and her son Luke starred and it is a beautifully produced faith film. It also had extra showings after the first time.

Then we had the amazing Jim and Jenn Gotzon-Chandler who have made several faith films, some together as a team. We were introduced to a coming film they are seeking support for The Farmer and the Belle which has top people involved. Related to the film are specially produced books, study guides and jewelry. It will be a Christmas love story, something that Hallmark may want to run.

A fourth major project is a faith Western titled Grace spearheaded by its producer Lisa Bennett who is the CEO for New Victory Television. It’s goal once released is to raise money to help an impoverished area in West Virginia. Some of the stars in the film were present including Kathy Garver and Cindy Smith. Others attending the event are also involved.

CEO for PolitiChicks Ann-Marie Murrell was involved working for New Victory Television to interview guests. She found that many wanted to give Christian witness. 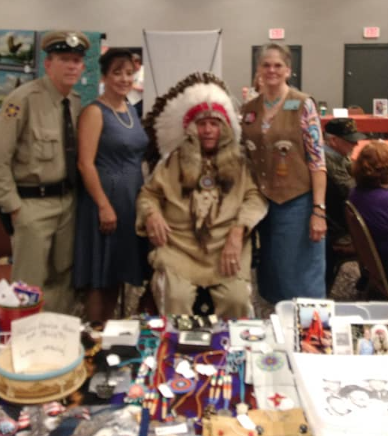 Not just film makers were at the show to give a feeling of this being an event that could change people’s lives. Chief Steve Silverheels, son of Jay Silverheels, is a pastor and after the event was already lined up to speak in a local church. Chief Steve found there were fans attending who sought his counsel and in one case an anointing. There was also a touch of Mayberry in Ronnie and Elease Felker who have a special program of skits as Barney Fife and Thelma Lou. At the end of each they ask “What do you want to do about sin?” And the audience hollers back, “Nip it in the bud!”

There were others like Dreama Denver, the widow of Bob Denver and author Frank Bennett who used every opportinuity to talk about their faith. A number of authors were on hand with faith books including members of the Roanoke Valley Chritian Authors group. None of this was pre planned. So many attending felt drawn this way, to give Christian witness.

This does not mean that all the guests and fans were like minded, but it seemed as though they were affected by the atmosphere. It was not unusual to see groups in prayer. After the event Facebook was full of personal testimonies and those who organized the event have been flooded with positive emails and phone calls. Definitely this was a media event like none of us have ever seen before.

The spirit felt may be summarized in the grace given at the banquet by Pastor Ron Thompson. “We thank You God for all Your children whom you have placed in the marketplace of this world including the entertainment industry. How we rejoice for Godly movies, music, art and sports that have been produced through the talents of Christian artists. We pray that those who create wholesome, uplifting family-orientated entertainment will come to regard what they do as an act of worship to You.”

Will there be another event like this next year or events similar held in other parts of the nation? This is in God’s hands and we can only pray that we can do our part when called upon.