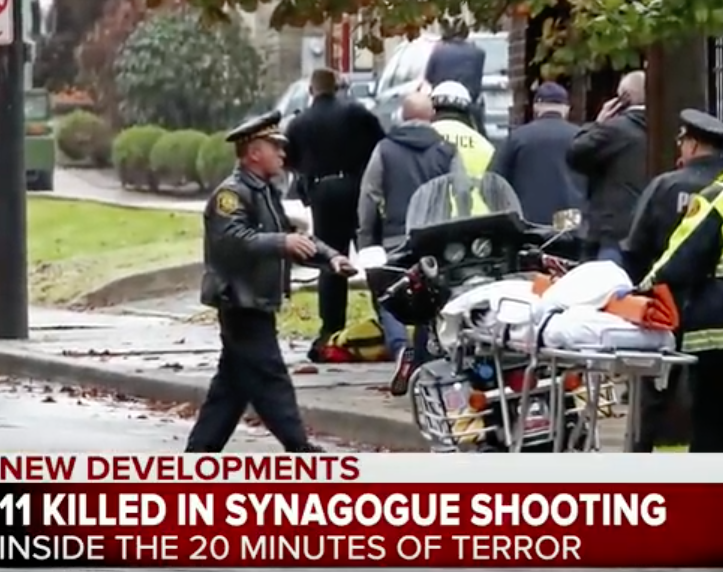 When Robert Bowers walked through the door of the Tree of Life synagogue with murder on his mind, he was propelled by identity politics. As a white supremacist, his brand of identity politics is more politically incorrect than the ones that led Tamika Mallory and Linda Sarsour of the Women’s March to support Louis Farrakhan, but it’s no more violent, racist or evil.

Before the massacre, the most recent high profile anti-Semitic attack had been carried out by a Muslim who was caught on video beating a Jewish man while shouting about, “Allah” and his hatred for Jews.

Another hate crime, also caught on video, was a violent assault with a baseball bat by a black man.

Such assaults are less devastating than the mass murder of eleven people, but also much more commonplace. They repeat from month to month and year to year. They make up much of the toll of anti-Semitic hate crimes so that they top the list of hate crime statistics every single year.

The Tree of Life massacre has been greeted with editorials mourning a “loss of innocence” by American Jews. Such editorials come from a bubble of privilege that is cut off from the way many Jews live.

In 1991, New York City’s first black mayor stood and watched while a violent mob whipped up, by among others, Al Sharpton, went on a violent anti-Semitic rampage in Crown Heights. The Crown Heights Pogrom, as it would become known, took three lives and terrorized a neighborhood.

Sharpton, the black supremacist linked to the anti-Semitic violence, went on to speak at the Democratic National Convention, host a show on MSNBC and become a regular visitor to the Obama White House.

The distance between Crown Heights and Squirrel Hill is more than mere geography, it’s social and cultural. Anti-Semitic violence by black supremacists and Muslim terrorists tends to happen in poorer, urban neighborhoods and is directed against a poorer and more religious class of Jews. White supremacist attacks tend to target more suburban, prosperous and less diverse Jewish areas.

Those are home to the same Jewish populations who are much more likely to write editorials about a loss of innocence. But innocence is a privilege that Jews in poorer urban neighborhoods never had.

There are Jews who live in proximity to neo-Nazis and those who live closer to admirers of Farrakhan and Hamas. (Though Farrakhan and Hamas both admire Hitler for killing millions of Jews.) The Jewish communities that endured a generation of race riots, and another generation of muggings, knockout games, rapes and murders, before often having to pack up and move out, from their American Anatevkas in major cities, have never had any innocence of anti-Semitism, only bitter experience.

It takes a great deal of inexperience of anti-Semitism to believe that it exists only on the side of the political spectrum furthest from you. Anti-Semitism is tribal. Those who hate Jews tend to be losers who are convinced of their own natural superiority and blame the Jews for their failure to achieve it.

You can find such people on the right side of the spectrum, but it is the left side of the spectrum that has been built for them. Hitler’s genius lay in taking the fundamental appeal of socialism, its state controls, welfare state security blankets, suspicion of meritocracy and appeal to mediocrity, and reframe them in racial and nationalistic terms. But he only emphasized the anti-Semitism in socialism, he didn’t invent it.

Identity politics does the same thing as National Socialism, combining the welfare state and anti-capitalist rhetoric with naked racial appeals, tapping into the supremacist convictions of failed groups, offering them special racial privileges, while blaming their failures on meritocracy and capitalism.

The biggest beneficiaries of the social mobility provided by both have often been the Jews.

There is very little difference between white supremacism and black nationalism. Indeed there was so little difference that Malcolm X and the Nation of Islam collaborated with the KKK and the American Nazi Party. There’s a much closer route between Obama and Hitler, than there is between Trump and Hitler. Just follow Obama’s photo with Farrakhan, the affinity of his mentor, Jeremiah Wright, for Farrakhan, Farrakhan’s admiration for Hitler, and Hitler’s admiration for Islamic anti-Semitism and his role in inspiring the Muslim Brotherhood. But that’s a route that the progressives choose not to follow.

While progressive Jews may deny that black nationalism and white supremacism are the same thing, the mutual admiration society between them makes a mockery of their denials. Anti-Semitism is a tribal problem. Multiculturalism evolved into intersectionality, spawning more tribalism, more resentment, and an alliance of the resentful in which Jews are not full participants, but growing targets.

As a society becomes more racially and ethnically tribal, it grows more anti-Semitic. The white supremacist attack on a synagogue in Squirrel Hill is one symptom of a much larger problem.

That is a ubiquitous anti-Semitism that their progressive brethren neither understand nor care about because it is inconvenient to their politics and alien to their experiences.

While Jewish communities around the world, from Crown Heights to Jerusalem, mourn for the massacre in Squirrel Hill, it often feels as if such outpourings of empathy are not reciprocated. When Jews were being stoned in Crown Heights by anti-Semitic mobs, the progressive Jews told them to stop embarrassing New York City’s first black mayor. When Rabbis were axed to death in a Jerusalem synagogue, the “innocent” progressives blamed Netanyahu and Israel’s imaginary ‘rightward’ drift.

They did not care that their tax dollars were being used to pay the terrorists murdering Jews. Nor do they care that the MSNBC news network that they were watching was paying a pogromist.

This “innocence” of theirs has a high price and for now, Jews in Brooklyn and Jerusalem are paying it. While progressive Jews live in the fading golden summer of the suburbs, working class Jews have lived through generations of looted stores, ransacked apartments, and random violent assaults. The dream of the former, their political policies and ideals, have been the waking nightmares of the latter.

But the age of innocence is coming to an end.

America is changing. The same forces that made Obama have also made Farrakhan relevant once again. Muslim migration will transform America the way that it did Europe. The cities will feel it first. But they won’t be the last. The combination of political radicalism and tribalism that is driving out the Jews of France, Sweden and now the United Kingdoms will not pass by the suburban shtetls of America.

White supremacism is one vector for anti-Semitism. Identity politics has created a dozen more.

The shootings at Squirrel Hill were not the worst of it. Unfortunately, tragically, and horrifyingly, the worst is yet to come. And when it comes, the old innocence will vanish as if it had never been. 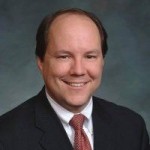 Ted Harvey is the chairman of the Stop Hillary PAC. He is a former Colorado state senator and representative.

Climate Nuts and Other New Delicacies

Age Identity – the New Social Cause?