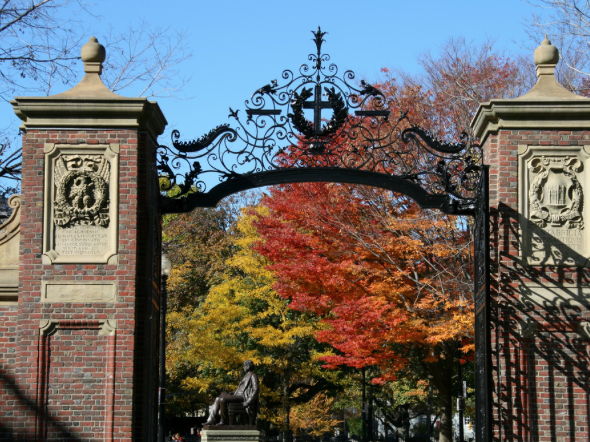 “Diversity and excellence go hand in hand,” Harvard College Dean Rakesh Khurana had declared two years ago. “Diversity is at the heart of the mission of the College.”

Now, at the trial over Harvard’s racially discriminatory admissions policy, Khurana was asked about a different type of diversity by a lawyer representing Students for Fair Admissions. The group representing 20,000 students, parents and others was challenging Harvard’s discrimination against Asian students.

“Don’t you actually think that Harvard’s class should have a socioeconomic makeup that looks a lot more like America?”

“We’re not trying to mirror the socioeconomic or income distribution of the United States,” he insisted.

Why is racial diversity at the “heart” of Harvard’s mission, but not socioeconomic diversity?

The lawsuit against Harvard by Students for Fair Admissions has successfully raised that question.

“The admissions process is designed to identify those students who manifest the qualities, academic and otherwise, that suggest they will become engaged participants and leaders in an increasingly diverse, complex society,” Harvard’s lawyers argued.

But the complex diversity of this society is defined in an extremely simplistic way. Harvard would like to map the United States, but not by income, only by race. And only by certain races.

Black and Hispanic students get recruitment letters if they score only 1100 on their SATs. For Asian students, it’s 1350. According to the Princeton Review, the current average SAT score is 1060.

Meanwhile black students admitted to Harvard had average scores of only 703.7.

Black students admitted to Harvard were the only group with SAT scores lower than those of the average white student applying. Asian applicants had higher SAT average scores than every admitted student group, except white students.

“Given racial bias in standardized testing and endemic racial inequities in educational opportunities in primary and secondary school, Harvard must consider race if it is to assemble a diverse student body,” a filing by NAACP lawyers on behalf of Harvard student and alumni groups claimed.

The groups being represented by the NAACP include the Kuumba Singers of Harvard College, the Coalition for a Diverse Harvard, Fuerza Latina of Harvard, and the Harvard Islamic Society.

But why does this alleged “racial bias in standardized testing”, not to mention the endemic, epidemic and pandemic “racial inequities in educational opportunities” somehow pass Asian students by?

And if America is suffering from a pandemic of racial inequities in education, how is it that black students are able to get into America’s most elite institution with SAT scores that would get a middle- class white student from Brooklyn or Boston, who isn’t a legacy, laughed all the way out the door?

Harvard’s policy of racial quotas invalidates its own arguments in favor of those quotas.

And if Harvard privileges black students, are we supposed to believe that the institution that asserts that it produces the nation’s leaders is an outlier in discriminating in favor of black students, rather than that it sets the tone for educational policy across the country?

The success of Asian students exposes the racist lie on which all the claims of white privilege are built. If America is a racist society that excludes non-whites, why do Asians succeed and thrive in it?

America is not a white supremacist society. It’s a fair and just society whose meritocracy has only been compromised by affirmative action. The lawsuit by Students for Fair Admissions reveals what racism in America really looks like. If you want to see institutional racism, skip the trailer parks where the last of the KKK wizards collect their food stamps, and look at Harvard’s affirmative action quotas.

Asian success represents a unique threat to the cult of diversity. Affirmative action is essentially a collectivist scheme for redistributing college admissions, jobs and business opportunities by race. To be in favor of it, and of any socialist scheme, you have to believe in your inability to succeed on your own.

The Harvard racial quota debate has divided Asian students between those fighting for their rights and those embarrassing themselves by supporting a system of racial discrimination against themselves.

At a Harvard rally in support of racial quotas that discriminate against students like her, an Asian student can be seen holding up a sign reading, “Yellow Peril Supports Black Power.”

The Left builds its systems around ideas that seemed radical and relevant generations ago. After the rising middle class made Marxism seem like a quaint joke, the system of racial privileges that replaced it was born in an era when America’s racial conflicts were black and white. It was never meant for a world in which Asian students outperform white students.

Intersectionality has struggled to patch the holes in the bipolar origins of diversity, throwing in a goulash of identities, and privileging some at the expense of others. But that provides little satisfaction for the successful groups in the intersectional gulag, Asians, white women, gay men, who increasingly don’t need the quotas, and are being berated about their privilege by the beneficiaries of their discrimination.

The Harvard lawsuit asks Asians and every other identity group in America whether, as individuals and a community, they benefit or lose from opting out of meritocracy in exchange for group privileges.

That’s the essential question of the old debate between capitalism and socialism through the lens of identity politics. Some groups are willing to suppress individual merit for collective privileges even though accepting them sharply caps their individual ability to succeed. Others want off the plantation.

Socialism offered to cap individual potential in exchange for collective security. Affirmative action offers racial groups the same poisoned gift. It claims to do this in the name of fighting white privilege and institutional white supremacy. But what better tool of white supremacy could there be than seducing racial minorities into abandoning their best and brightest by offering them racial quotas and caps.

As the data out of Harvard shows, racial quotas work both ways. They reward a minority group as long as it performs poorly. But once it succeeds, they start punishing it for its success.

The fundamental flaw of affirmative action is the same flaw as that of welfare state socialism. It punishes hard work and rewards a refusal to work. No white supremacist plot could have done more damage to the minority communities that foolishly accepted the poisoned gift of affirmative action.

The Harvard lawsuit is waking up Asian-Americans to the real cost of affirmative action. That’s the true lesson being taught at Harvard and at countless educational institutions across the country.

Veterans’ Day in the 2nd Grade