Bureaucrats: You Have to Laugh About Them or Cry 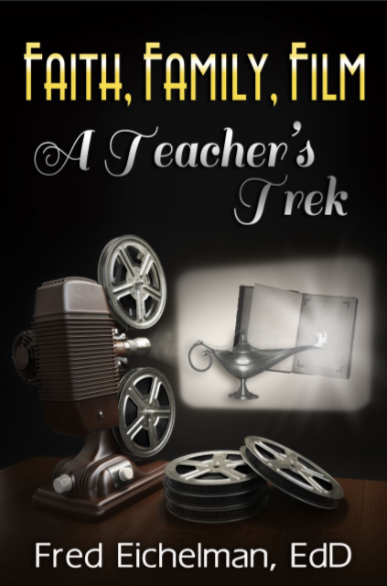 The picture with this story is not for the purpose of selling a book. It is basically part of my evidence I am alive so I could get a driver license renewed.

Recently my wife and I went to our local DMV as it was time to renew my drivers license. Usually this could be done by mail, but at age 83 they also required an eye test. Now here in Virginia this should not have been a big deal, but being temporarily on a walker and at my age I was a bit nervous.

The line just to see the receptionist was one of those triple back and forth ones that caused us a thirty minute wait to get to the lady checking people in. We assumed that would be prelude to at least an hour before processing. When we reached her I turned over the form that had been mailed to me plus my current license.

Then I heard, “We also need to see your birth certificate.” Birth certificate? I have had a drivers license since age 16 here in Virginia and never have been asked for that. Plus when I was 16 I did not have to prove the ancestry of my mom and dad going back generations. My mom was even eligible for the DAR. I could have told them my name was Clem Kadiddlehopper and they would not have blinked an eye.Now having had a license that long why would that proof be needed. As a good citizen I agreed to come back the next day.

I have learned since that this is not uncommon. After posting on Facebook I received stories galore. A former high school classmate, my age, told me they marked her license that she could do no night driving, A former student, newly semi retired, told me he had the same experience two months ago and had to wait a month to get it cleared. Another person revealed she had to go home and look up her social security card to turn in.

This is not only in Virginia. A friend in Vermont revealed that she had to submit several documents and was told it was for national security. That caused me to wonder about something. A few years ago we were leaving a Walmart and saw that our vehicle had been run into. We summoned the police as the fellow responsible was still there. The driver could not speak English, was Mexican and had his license issued in our neighboring North Carolina. Yes, he was not legal. I think illegals in certain other states can get licenses.

So we went back to the DMV well armed. My birth certificate was kind of sniffed at for being a copy but I was not told I had to go to Cleveland, Ohio to get the original. Then she asked “Do you have any other identification.”  I said to myself, “Thank you God you have delivered her into my hands.”

I pulled out a copy of my book Faith, Family, Film-A Teacher’s Trek and said, “Yes, I am a published author and here is my picture on the back. Amazon accepts me as bonafide.” She laughed and passed me.

Next Spring my wife Carolyn has to get her driver’s license renewed. I am trying to convince her to change her name to Rosita Gonzalez and wear a head scarf.