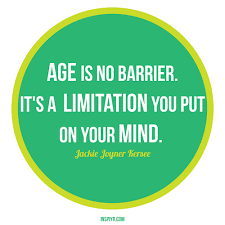 Over the last few years a social battle has raged worldwide on gender identity. Or better known as the transgender movement. Those wanting to identify with the opposite gender have fought for that right and the freedom to use whatever public restroom they identify with. So it was just a matter of time before this battle expanded to other areas. And it has done so recently in quite an interesting and humorous way – Age identity:

Emile Ratelband, a 69-year-old motivational speaker in the Netherlands, has petitioned a Dutch court for permission to change his legal age by altering his birth certificate to show he was born 20 years later than he really was — to legally make him 49 rather 69 years old.

What a novel idea! And this gentlemen is not just “whistling Dixie” (I am probably a racist just for mentioning that song!).

This is great! And he credits the transgender movement for the inspiration:

Transgenders can now have their gender changed on their birth certificate,” he argues, “and in the same spirit there should be room for an age change.”

How can you argue with that logic? Even Spock would have difficulty.

But I would take issue with Mr. Ratelband on one aspect of it. If you’re going to change the age you identify with, make yourself older, not younger! Personally I would identify with being 70. This would be advantageous in many ways:

Now there would be those who would oppose this idea. To them I say: How dare you! You are a bigoted age-denier. Maybe even an ageist.

But why stop with age? What about other aspects of ourselves that we’d like to arbitrarily change:

Height: Feel too short? Then identify with being taller! Demand to be a starter on a basketball team because you “feel” 6’8”.

Weight: Want to shed a few pounds? Just identify with being 30 pounds lighter! Forget weight watchers and eat what you want. Make Krispy Kreme your home away from home.

Want to be a star singer or actor? Just believe you are (regardless if you have any talent in that field) and presto you’re on the stage at the Grammy’s receiving your award. Actually that is already happening (I’ll be nice and not name names). And as an added bonus you’ll get to pontificate on social justice causes to the masses of backward hillbillies who are lower on the evolutionary scale than you are! It’ll make you feel good even if those rubes couldn’t care less what you have to say.

Salary: Want to lower your taxes? Just identify with making a lower income! Shoot, just identify with no income. You’ll get welfare and be able to buy tons of food, an I-phone and that HD TV you always wanted!

Citizenship: If you REALLY want to rake in the benefits just identify as an “undocumented immigrant”. You’ll get a job, free health care, education, housing and food. And your children automatically become American citizens with voting rights. Who could pass that up?

The possibilities are endless!

If all this sounds ridiculous it’s because it is. But this is where we are headed. As Rush often says, sometimes you have to demonstrate absurdity by being absurd.

As far as the story about age identity, here is the wrap up:

The judges in the Netherlands will likely rule against him. But if they believe sex has no objective reality, that the sex on one’s birth certificate can be changed, on what grounds can they rule that the date of birth cannot be changed?

The answer is there are no such grounds. But only for the time being — because the day The New York Times publishes an article titled “The Idea That a Person’s Age Is Determined by Their Date of Birth Is Not True,” age, too, will become subjective.

Now if you’ll excuse me I am going to go fill out my social security benefit form while practicing my singing and eating a DQ blizzard.