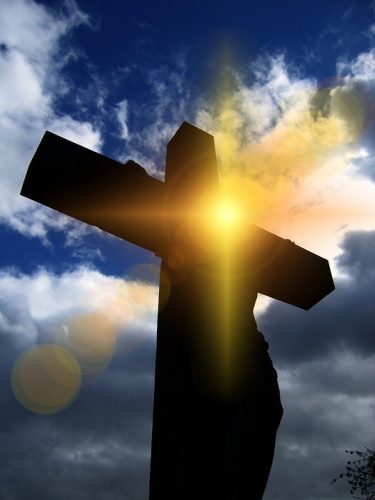 Halloween is once again upon us. We take the kids trick or treating, visit “haunted” houses and hear about ghosts. Folks have decorations in their yards: skeletons, gravestones, goblins. And yes spiders and spiderwebs (something Gomer Pyle obviously would not like). Over the years there have been fun songs cashing in on the Halloween phenomenon such as “The Monster Mash” and “Ghostbusters” (who you gonna call?). There have also been some chilling ones as well like “Midnight in Montgomery” by Alan Jackson and “Ghost riders in the sky” by Vaughn Monroe.

Overall the general theme of Halloween is one of darkness, mystery and fear. As I sat in church this morning thinking about this, I begin to thumb through the hymnal. And the songs I saw there were in stark contrast to the prevailing theme of the season. God is power and light and perfection. And it is reflected in the wonderful hymns that have been written across the ages:

“Up from the grave He rose”:

He tore the bars away—

Up from the grave he arose

With a mighty triumph o’er his foes.

He arose a victor from the dark domain,

And he lives for ever with his saints to reign.

“This is my Father’s world”:

This is my Father’s world:

The birds their carols raise,

The morning light, the lily white,

This is my Father’s world:

He shines in all that’s fair;

In the rustling grass I hear Him pass,

He speaks to me everywhere.

“All things bright and beautiful”:

All things bright and beautiful,

All creatures great and small,

All things wise and wonderful:

The Lord God made them all.

Each little flow’r that opens,

Each little bird that sings,

He made their glowing colors,

He made their tiny wings.

The river running by,

The sunset and the morning

That brightens up the sky.

“There is power in the blood”:

There is power, power, wonder-working power

In the blood of the Lamb

There is power, power, wonder-working power

In the precious blood of the Lamb

“O for a thousand tongues to sing”:

He breaks the pow’r of canceled sin,

He sets the pris’ner free;

His blood can make the foulest clean,

His blood availed for me.

He speaks, and, list’ning to His voice,

God sent His son, they called Him Jesus;

He came to love, heal and forgive;

He lived and died to buy my pardon,

An empty grave is there to prove my Savior lives!

Because He lives, I can face tomorrow,

Because He lives, all fear is gone;

Because I know He holds the future,

And life is worth the living,

Just because He lives!

And there will come a day when Christ’ followers will experience God’s resurrection power as beautifully portrayed in the hymn “When the roll is called up yonder”:

And the roll is called up yonder, I’ll be there

When the roll is called up yonder, I’ll be there

In Revelation 21:23 we are told that in the final heavenly state here on a renewed earth, God Himself will be the light: The city does not need the sun or the moon to shine on it, for the glory of God gives it light, and the Lamb is its lamp.

And Jesus said in John 14:27: Peace I leave with you; my peace I give you. I do not give to you as the world gives. Do not let your hearts be troubled and do not be afraid.

So this Halloween season (or anytime), there is no need to fear if we focus our minds on the Lord. Because of His Resurrection, there is indeed “Good news from the graveyard”.